Because of the robbery incident in which my Macbook Pro and other valuables were stolen from my hotel room in Pitalito last week, I have beefed up my security, courtesy Colombian Military! 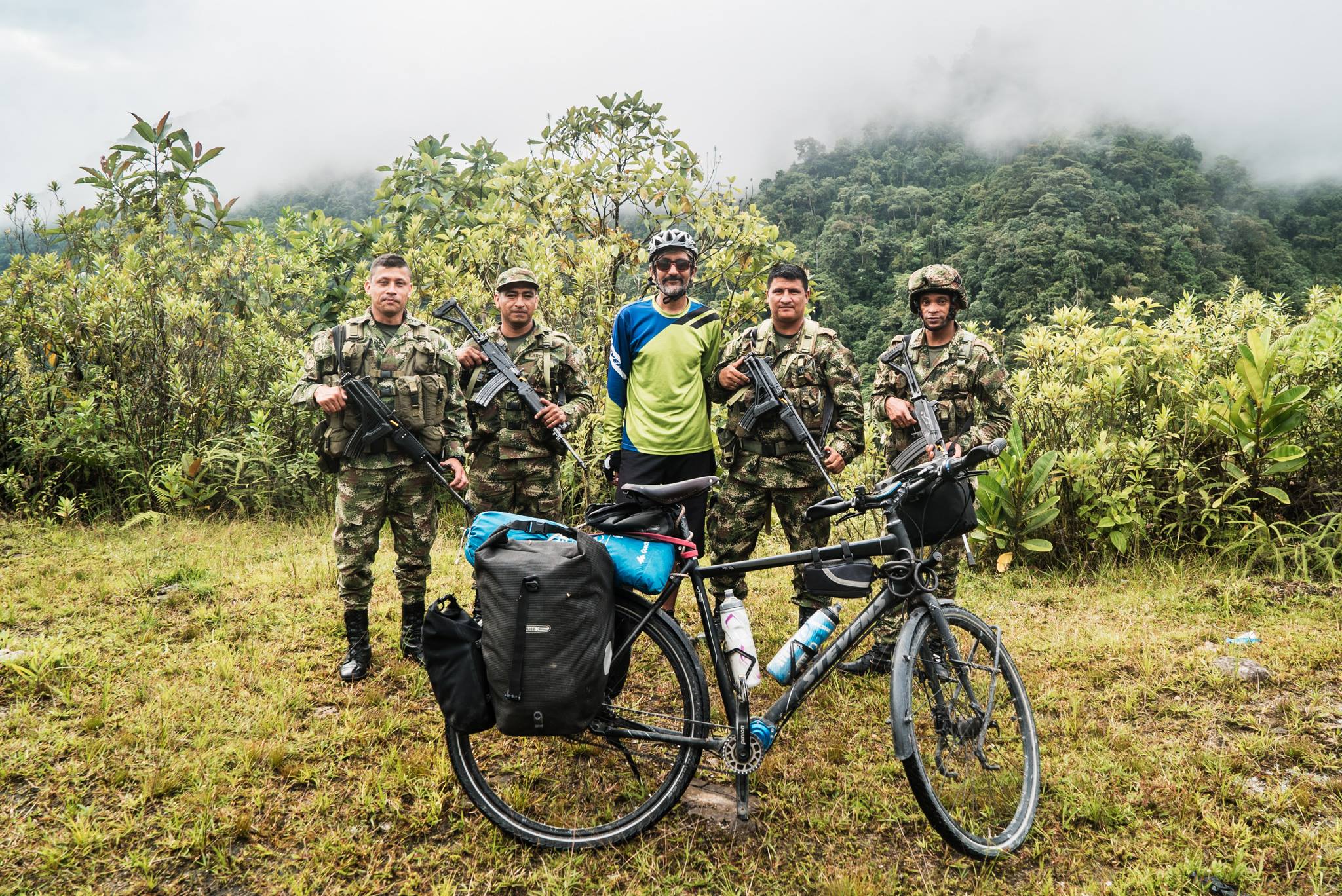 Actually, I took this picture before I reached Pitalito while coming from Mocoa. Mocoa is a gateway to Western Colombian Amazon, therefore all the roads leading to and coming from Mocoa are heavily dotted with Colombian Military posts to prevent right-wing paramilitaries and drug cartels, who are hiding in the Amazon jungle, from gaining access to the other parts of the country. Last year, Colombian government signed a historic peace deal with FARC rebel group to end the 52-year long conflict which claimed 260,000 lives and displaced millions. The military posts at strategic locations in various parts of Colombia ensure that as the disarming of FARC continues, the other guerrilla forces and drug traffickers are isolated from the main population. Because of this peace agreement between FARC and the government, the Colombian president Santos was awarded a Nobel Peace Prize in 2016.

Anyway, after staying for one week in Pitalito waiting to get my laptop back, I left Pitalito today and reached Garzón where I made sure I stay in a hotel with CCTV cameras. Thank you all so very much for your support during this time of crisis! My notebook is working again now, though I was not able to recover data from it despite trying a few recovery software, but I do have all the pictures on the external drive and some backup in the cloud as well. Now, I will be able to share pictures and stories with you again, just like before.

Lots of love for you all!