Thousands of waterfalls tumble at the Agua Azul in the Chiapas rainforest in southern Mexico. The cascading water glistens in the soft light, and a gentle breeze sprays tiny drops of water on my face. Despite all the action and noise of the waterfalls, it all seems still and silent.

I could have been anywhere else in the world or become someone else, yet I find myself here at the Agua Azul. Of all the possibilities I had in my life, I ended up taking this route.

Like my elder brother, I might have been repairing tyres in Layyah right now. Or, I could have continued to be a lecturer in Multan. Or, I could have tied knots to someone who would have never allowed me to go anywhere. Or, I could have lost both of my legs in an accident had I not seen the approaching platform at the last second when, as a child, I was dozing off sitting in the door of a fast-moving train. Or, I could have stayed at my job in Germany and retired with benefits. Before that, I could have dropped out of college because my family couldn’t pay the tuition fee. Dad got blisters on his palms regrooving the old tyres, mom sold her jewellery, and brother sold his motorbike for my education. At BZ University, class fellows raised donations to fund my final semester’s fee.

All this, to be here, to see the Agua Azul waterfalls? 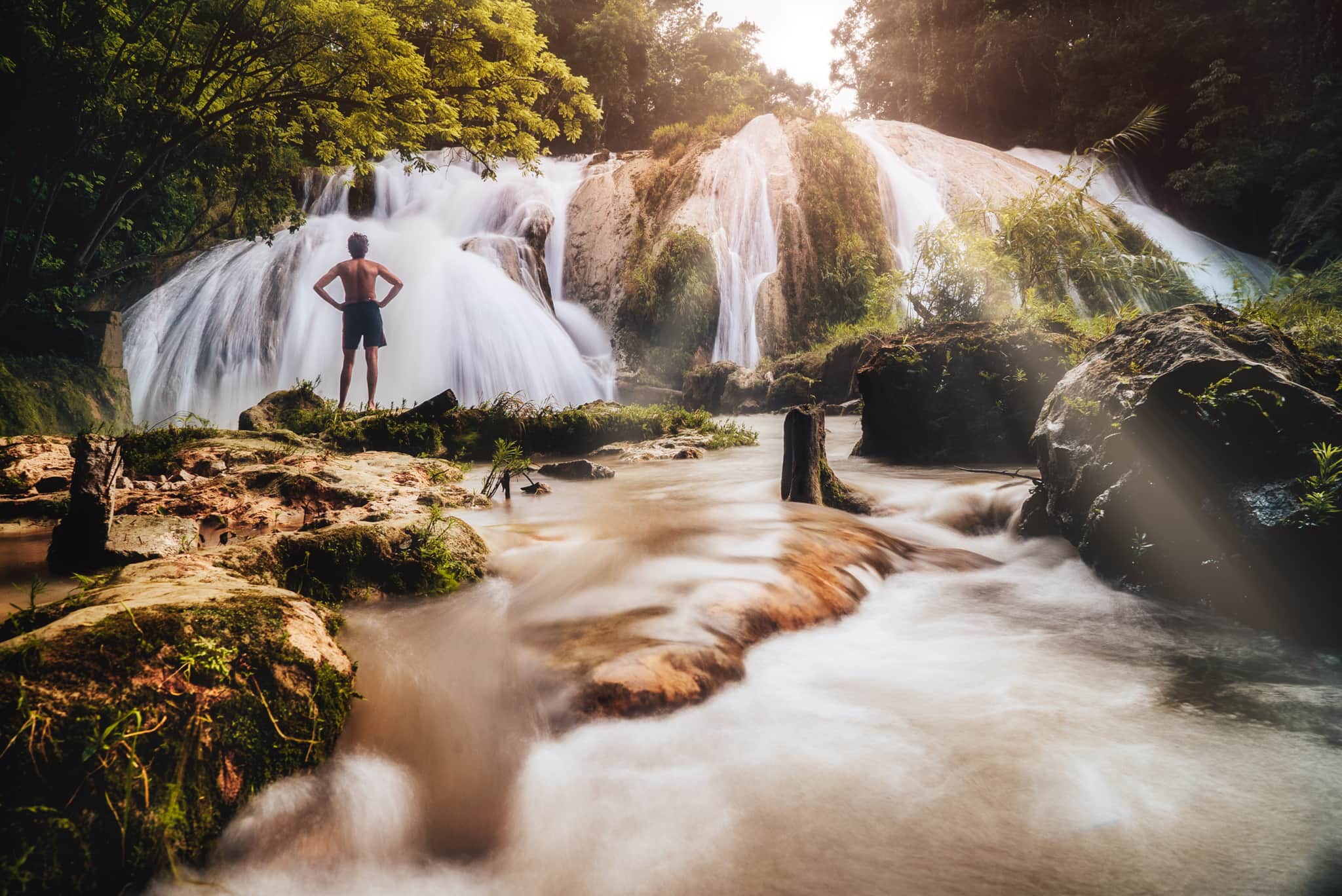 The way a river takes many routes, we also follow many different paths after being born while cascading our way down to the ocean we call death. Melting snow at mountain tops has no idea where it will end up. It simply follows the path of least resistance. Likewise, I don’t know either why I am doing what I am doing. Else, why would I spend half of my life getting an education if all I wanted was to live on dusty roads?

But somehow, a bicycle and a camera entered my life, as they do in everyone else’s life. Like a river, I kept going on my path, bouncing off a myriad of other things, unaware of what the future held for me.

I don’t regret it! I am just wondering how it started and how it will end?

Just as water is not afraid to jump off the heights because all it wants is to flow, why should you and I be scared if all we’ve ever wanted is to live?