Three tall volcanoes overlook the former capital of Guatemala, Antigua like giant sentinels. The 3763-m Volcán de Fuego (Volcano of Fire) is one of them. It is one of the most active volcanoes in Central America.

To see the volcano from up close, I hiked to a nearby Acatenango Volcano with a group of tourists. After about four hours of challenging hike, which consisted of walking on steep gradients while carrying heavy backpacks on our shoulders, we arrived at the 3,200-m base camp overlooking the Fuego Volcano and the entire valley beneath. Just as darkness fell upon us, drifting clouds came to rob us the magnificent views that we were hoping to get in the evening light. We could hardly see anything for the rest of the night in the whiteout conditions.

Just two hours before the sunrise, the clouds started to move apart and what we saw cannot be described in words.

Under the full moon, the Fuego volcano looked like one of three dragons of Daenerys exhaling fire. Red lava flew high from the eye of the volcano and flowed silently like tear streams on its cheeks, while in the vast valley beneath, clusters of twinkling city lights appeared as tiny dots of colours on a giant black canvas. Far in the distance, the lightning strobed the entire landscape as if nature was snapping pictures with flash in its own admiration. 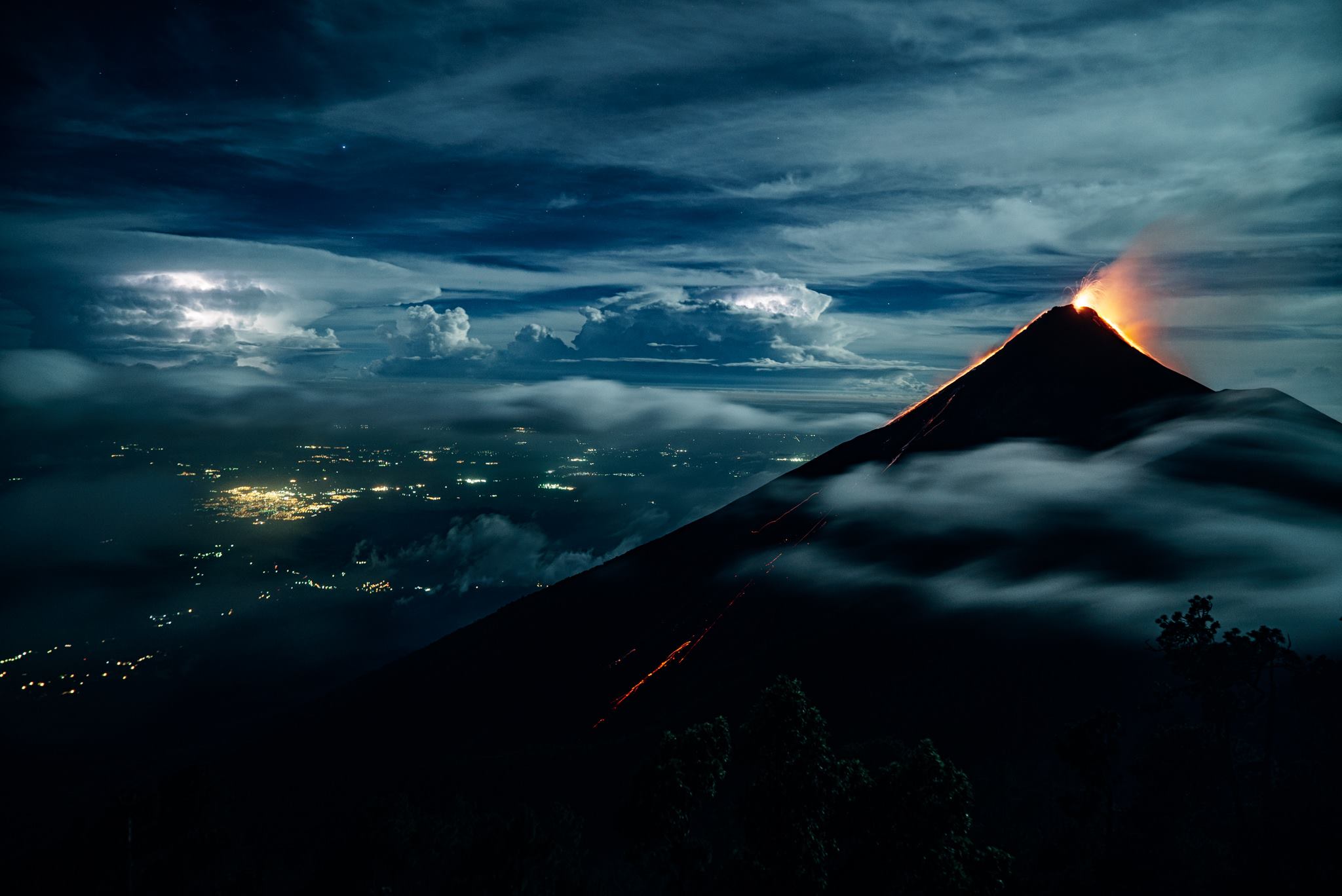 Is it our love for the mountains themselves or the admiration of views from the height? The way maps help us understand the phenomena of the spatial world, a high vantage point from the top of a mountain gives us a similar experience. It helps us find our place in the landscape and realise how small we are in comparison to nature. While standing on top a mountain looking down a city far below in the distance, I have always this feeling inside that what a meaningless life we live. We work tirelessly to gain worldly possessions and wage wars against each other due to ideological differences, but hardly take any time to see the bigger picture of our life. The mountains offer that perspective—where we stand. Perhaps, that was the reason why all prophets used to go to the mountains and came back with revelations. It is very important that we know our insignificance, yet our huge impact on the planet as human species, to be able to become servants not masters of nature. We must know that the planet is huge and it is very silly for us to fight with our neighbours for inches of space on the ground, and the resources are abundant for everyone to live happily if we start to cooperate than compete against each other.

For these reasons alone, we must go up to the mountains from time to time, empty ourselves of ego and come back with empathy towards other human beings and towards the planet in general. Because, we may not be here in few years or decades, but the effects of our deeds will be.