Standing at the edge of a road in the Southern highlands of Ecuador today, a sweeping valley was in front of me. The view was so big that my eyes couldn’t contain it, similar to holding a bowl under a large waterfall. The bottom of the valley was covered with thick clouds. It appeared like a giant field of cotton candies stretching until the horizon. I felt a deep force arising from inside coming all the way up to my throat as my stomach sighed. 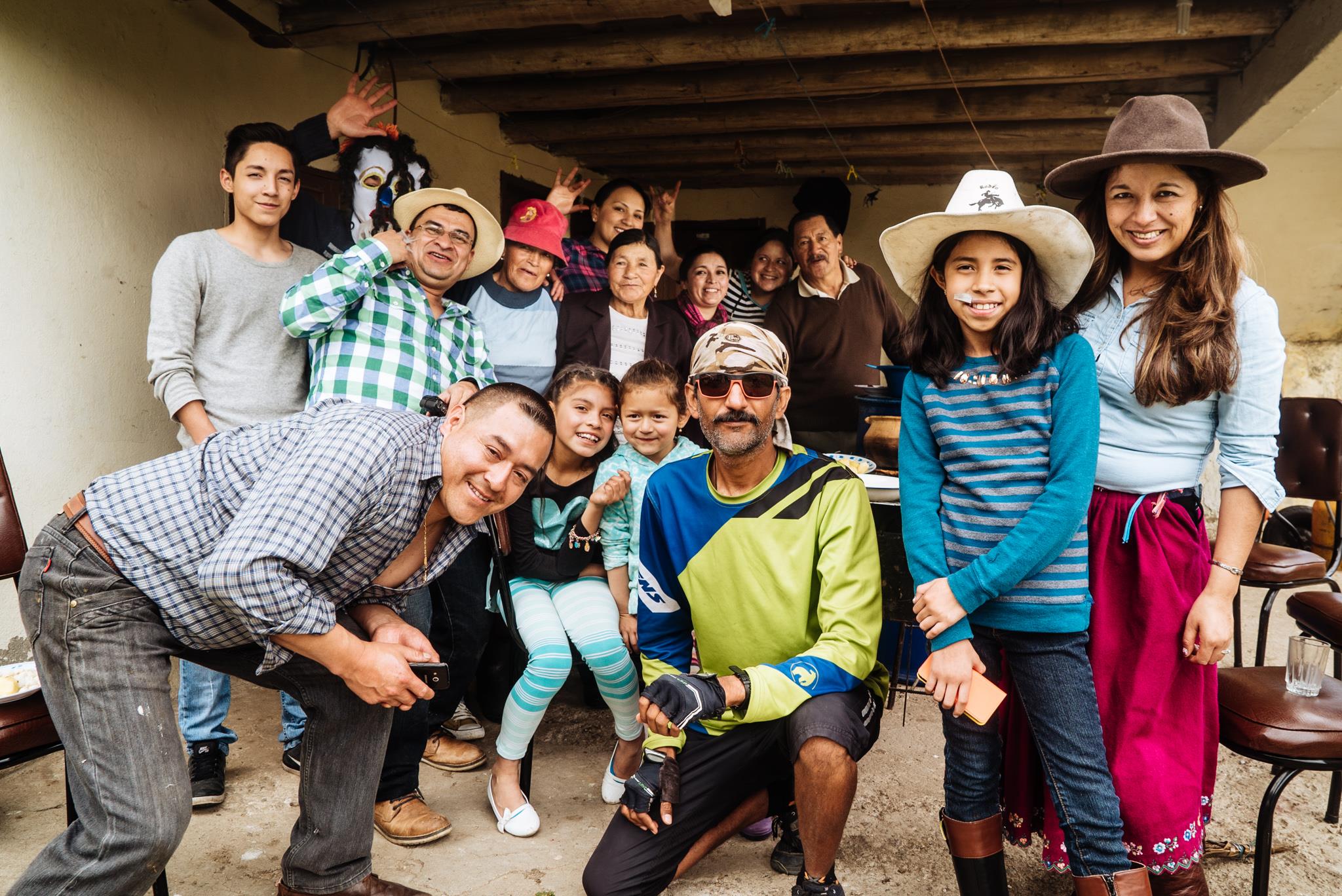 I took a picture, or two, and was about to resume cycling when I saw someone waving at me. There was a family gathering in a nearby house.

“Do you speak English?” a man came running towards me.

“I am Ecuadorian but live in the United States. Do you want something to eat? Come, join us!”

Before I could say something, I found my legs walking with him. Soon, I found myself among over a dozen people, men, women, and children. They were having a barbecue. One woman brought me a plate full of grilled meat.

“Are you a vegetarian?”

She went and then returned with boiled potatoes and corn. A man gave me a glass of sprite and offered me a chair to sit.
Some members of this family were settled in the U.S. and were having a grand reunion today. Many more guests were expected to arrive.

“There is at least one person from every house in this village who is living in the U.S. This is a mini New York.” someone told me.

“How is life different in the U.S. than in Ecuador?” I asked a woman.

“In the U.S., it is all about work and paying the bills. Life goes around in a circle. In Ecuador, it is less about the work and more about the family. That’s why we try to visit Ecuador as often as we can to spend time with friends and family and have fun.”

“What is your final destination?” a man asked me.

“Oh, my legs are hurting after hearing this. hahaha! Are you married?”

“Marry her!” he pointed to a girl standing beside us. “She is not married and look–she is smiling at you. She likes you!” he laughed.

“Go, bring fruit salad to your future husband!” he said to the girl.

Everyone burst into laughter.

The girl gave a steely stare to him and then brought me a cup of fruit salad.

Soon after, music blasted through the loudspeakers from the house creating an echo in the valley. Some members of the family began dancing while others clapped. In the wind, the trees appeared to rock from side to side to the tune of the music.

After spending half an hour with the family, I thanked everyone and bid farewell. Coming down fast on a steep descent, the echoing Spanish music soon turned into the wind noise in my ears, but the taste of the fresh fruit salad remained in my mouth throughout the day.