Once upon a time, a child from a remote city of Layyah in Pakistan was afraid of the dark. Waking up in the middle of the night and not being able to spot a speck of light in the room terrified him. He couldn’t go back to sleep. The darkness choked him. He felt disoriented as if being swept away in the cold dark space. He hated those dark winter nights.

The summer nights were different. He got to sleep on the roof of the house under a glittery sky next to this dad’s charpoy. Back then the stars used to be big and round like discs. They were so close one could almost touch them.

“How many stars are in the sky?” The boy often asked his dad. Then they both would begin counting, “1, 2, 3…” and barely reached 100 before the boy fell asleep. If he woke up at night, he would tuck himself in a blanket of stars and go back to sleep. The spectacle of twinkling stars took him on a journey to another universe.

Many moons later, the boy found out it was not that the stars were big and round, but because he had weak eyesight. When he got his first glasses at 13, he realized there were many more stars; small, big, round, and pointy. He could now see all the constellations his dad pointed to him. He wouldn’t take off his glasses before going to sleep. “Why do you sleep with the glasses on?” his dad asked.

“Because I need them in my dreams,” the boy answered. He broke many glasses, and his dad got angry. So he stopped wearing them in his sleep. 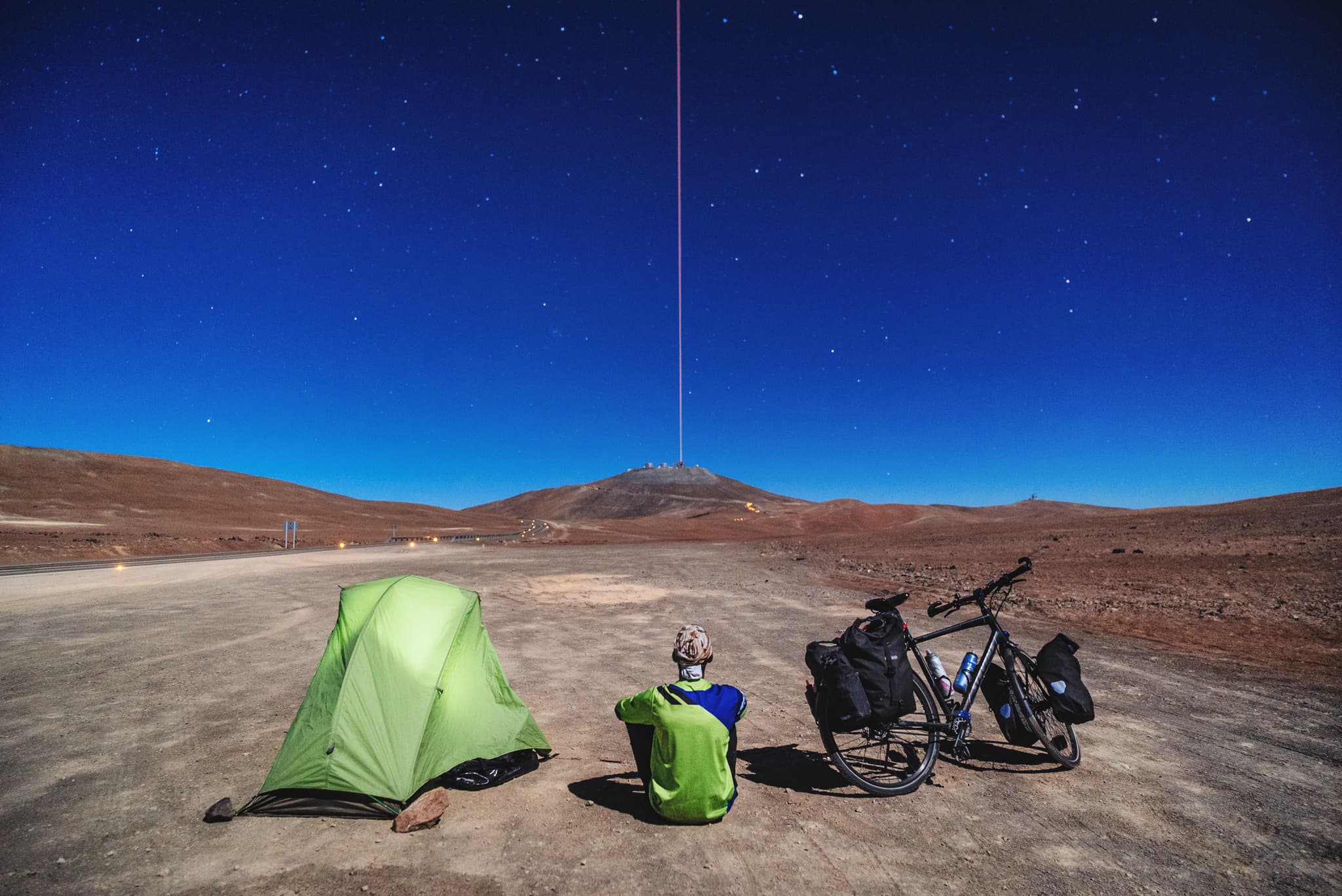 Three decades later, he found himself sitting alone in the moonlight in another part of the world. It was just another starry night in the Atacama Desert. Paranal Observatory shot four laser beams up, creating an artificial star in the sky to calibrate the telescope. Underneath the laser gun, telescope glass as wide as 8.2 m searched for the faintest stars in the cosmos.

Could it be that the man and the observatory shared the same story?

He sat there between his bicycle and tent gazing at the stars for long and then crawled into the tent. He kept the door open that night, and it was after a long time he went to sleep with the glasses on. The wheel of the sky spun and spun. Stars came, peeked through the tent to say hello to him, and went away. But two stars remained fixated throughout the night—the one made by the long laser beams of the observatory, and his dad being the other one.

And out of these two, only the latter twinkled at him!