Leaving Terrace BC on 26th April, I was back on the saddle after six months. The next day I reached Kitwanga where I resumed my journey to the north. The bicycle was heavy and my mind, scattered. I questioned my journey and the purpose of my own existence. Never before did I feel so uncomfortable on the bike. Was it because of such a long break? or was it the result of living among people or the number of rejections I got meanwhile?

I don’t know but I felt useless. It was not a man living his dream but a machine on the bicycle whose mind was somewhere else. 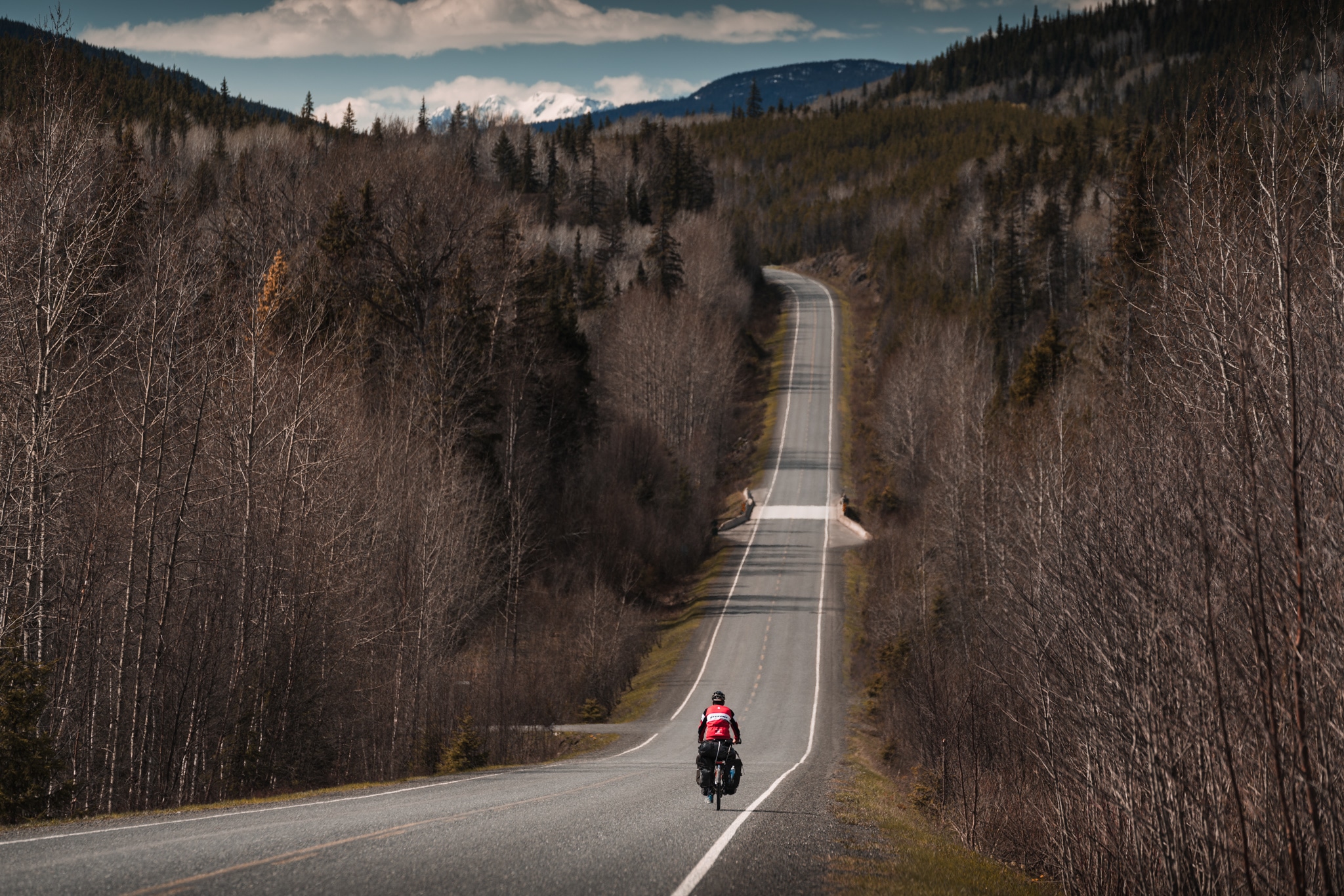 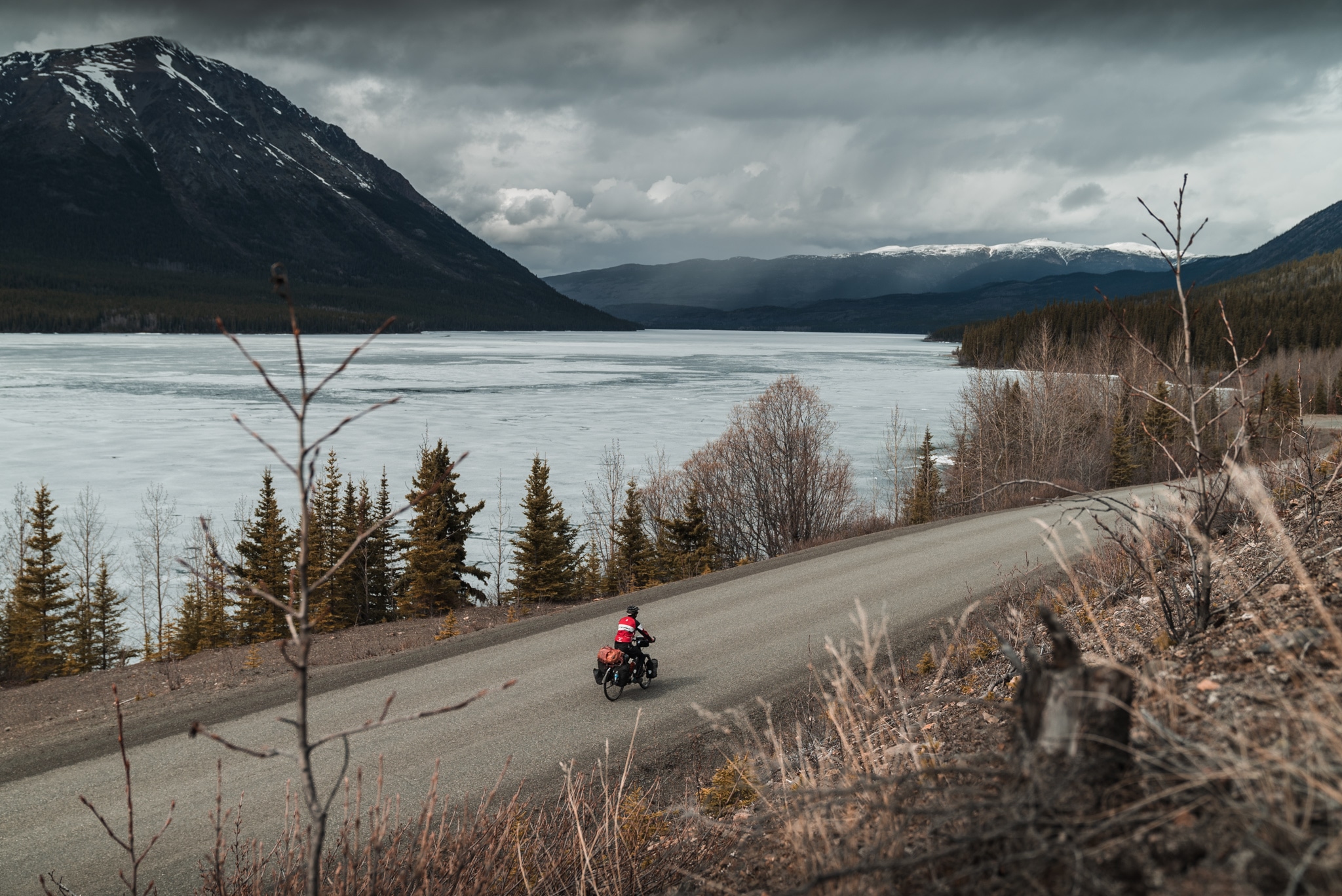 Cycling Stewart-Cassiar Highway, I encountered nothing but pure wilderness. There were no humans to talk to. Only a sea of trees, cold icy lakes, and silent mountains weeping snow. 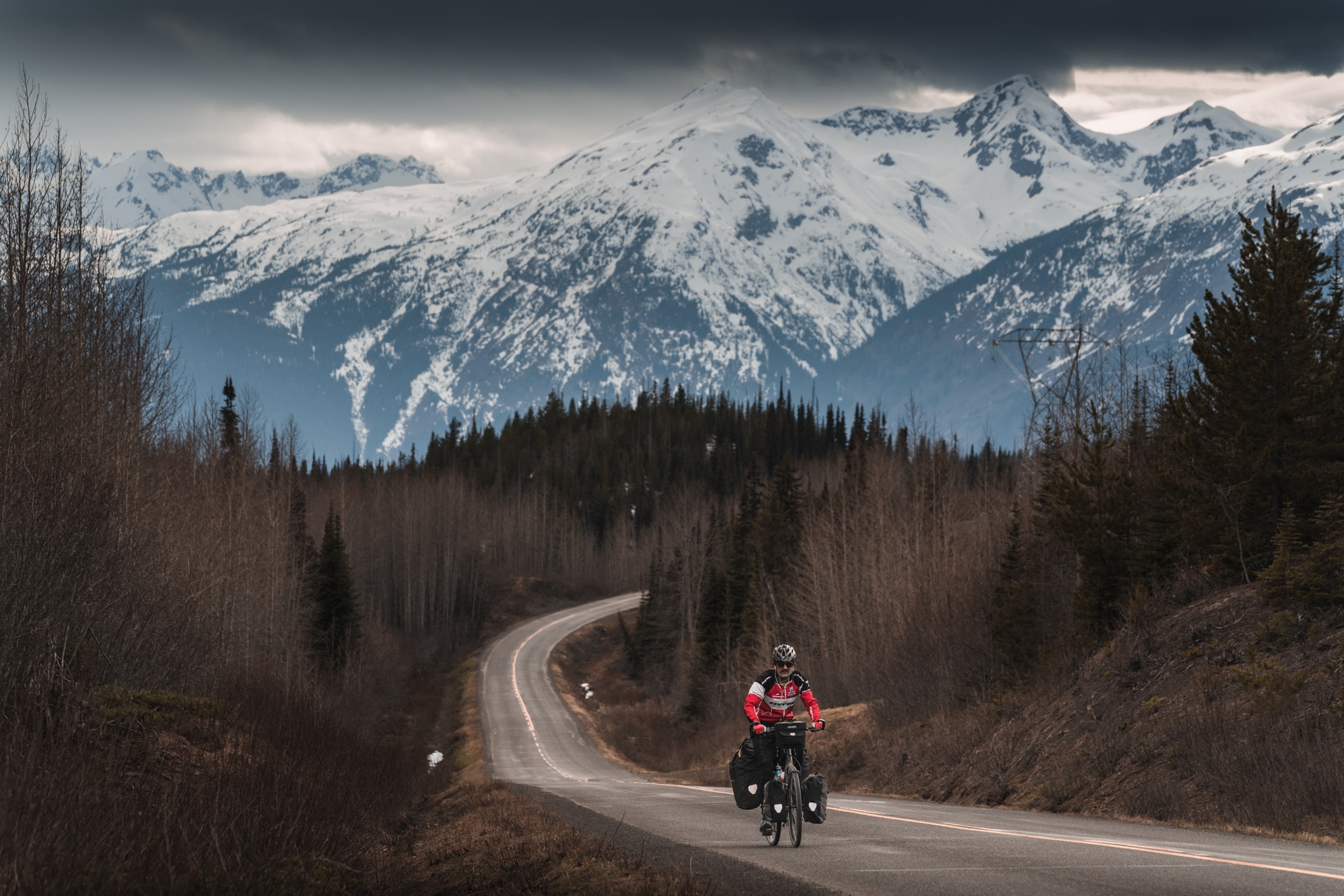 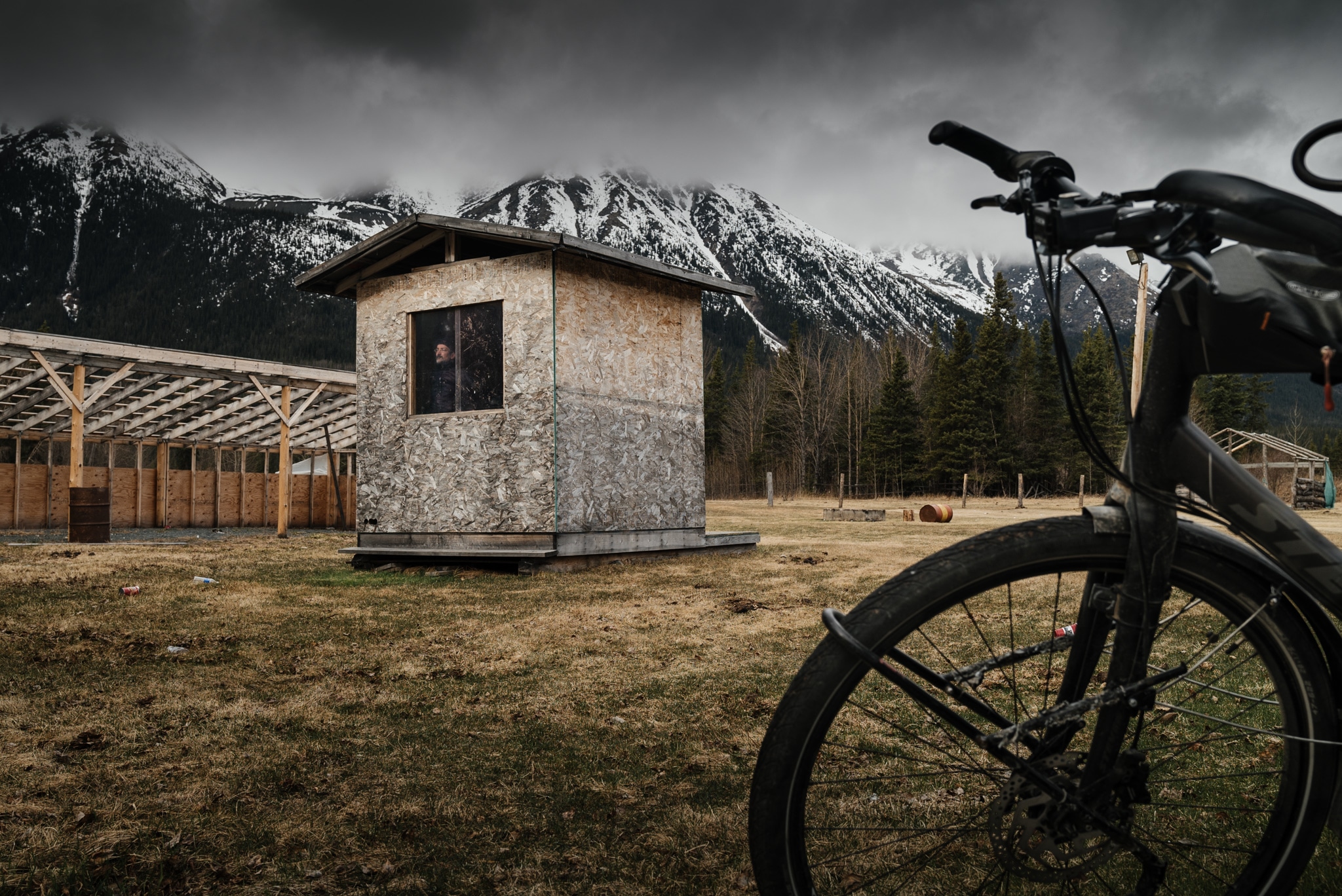 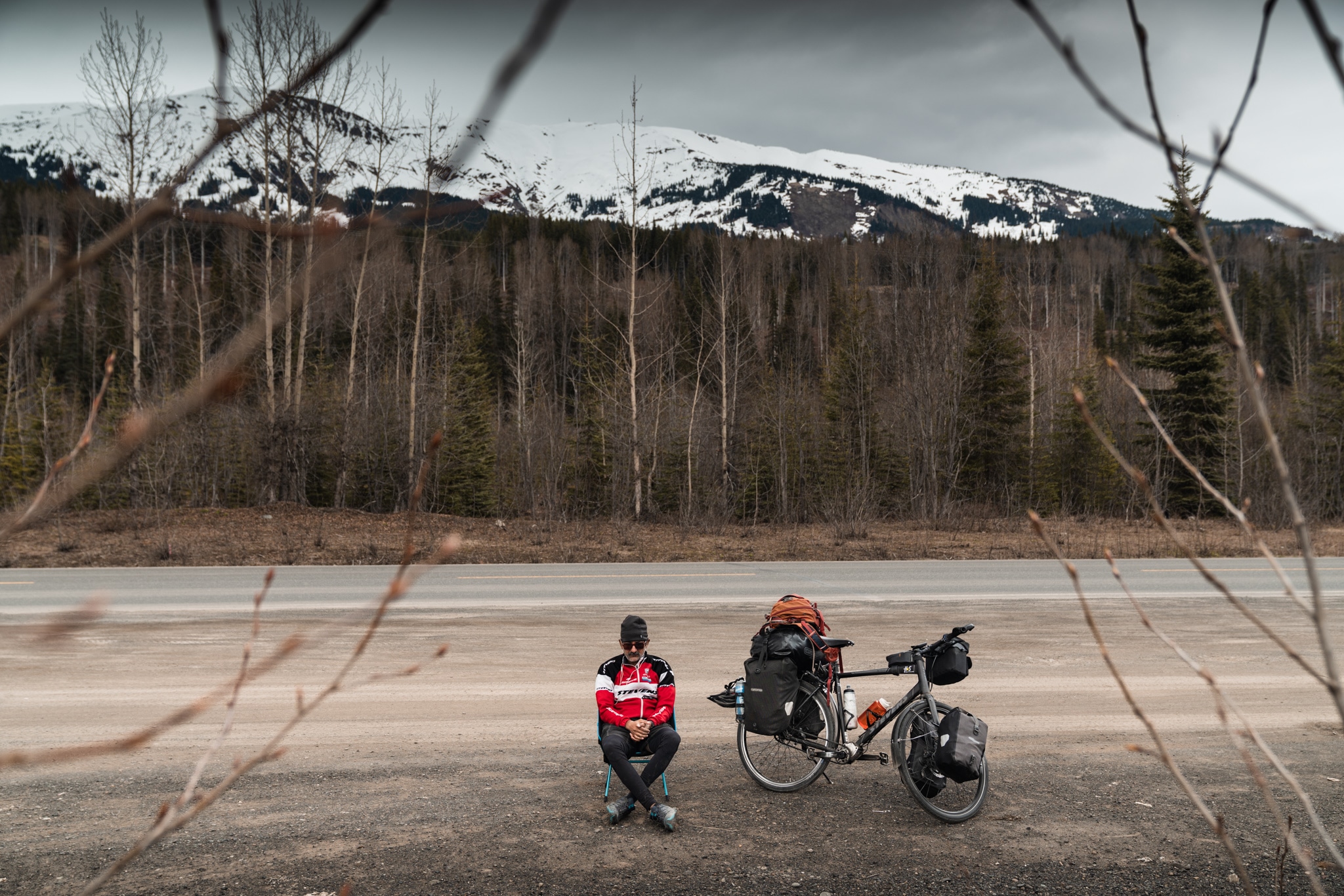 As the days passed by, I began to find the stillness in me. Slowly nature started whispering to me. The trees along the road were no longer a silent observer, but talking beings. They would crack jokes on me.

“You think you can take me on the bike too? I have a friend to meet up in the north?” one tree asked me.

I stopped and looked at it for a moment or two, then smiled and moved on. 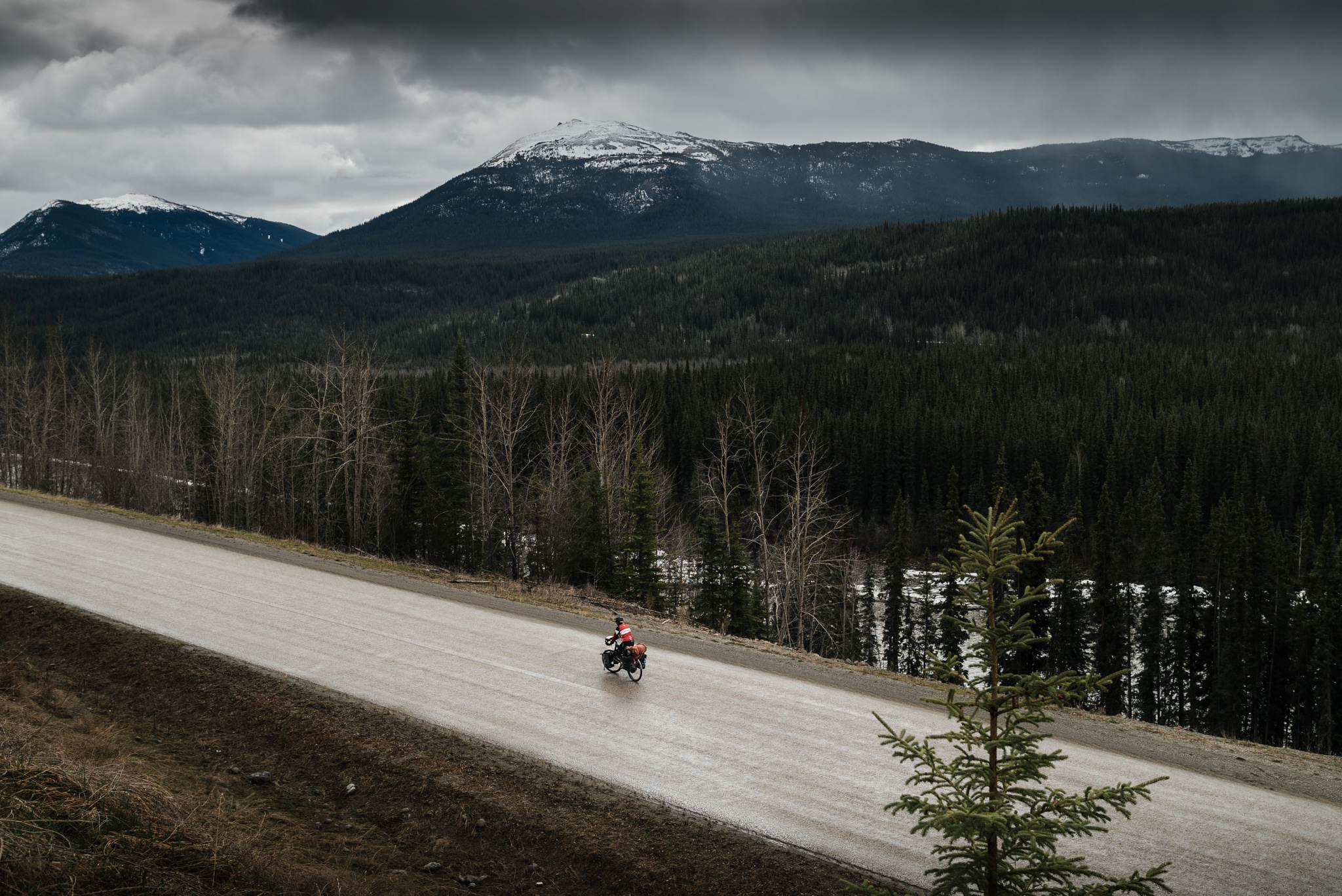 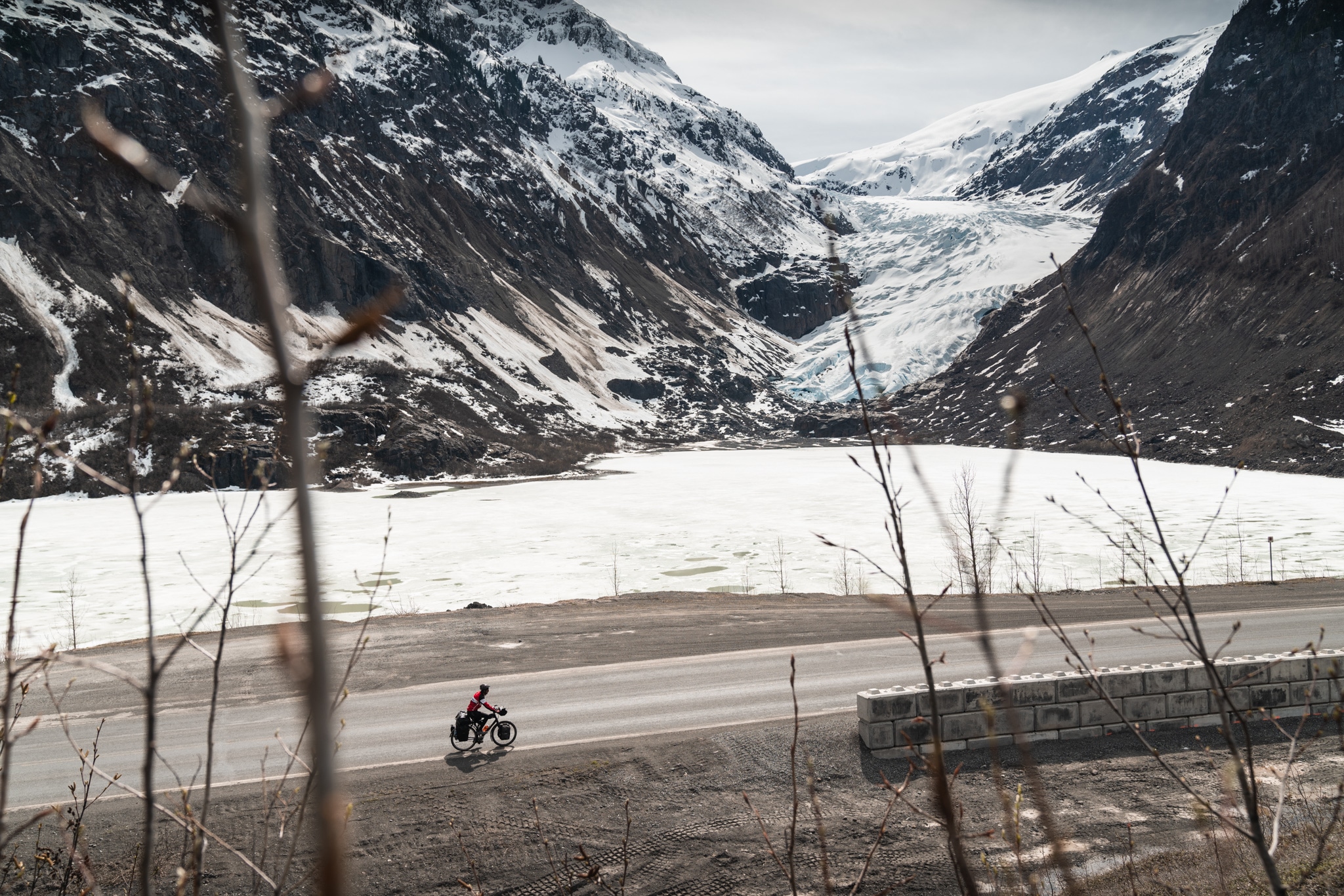 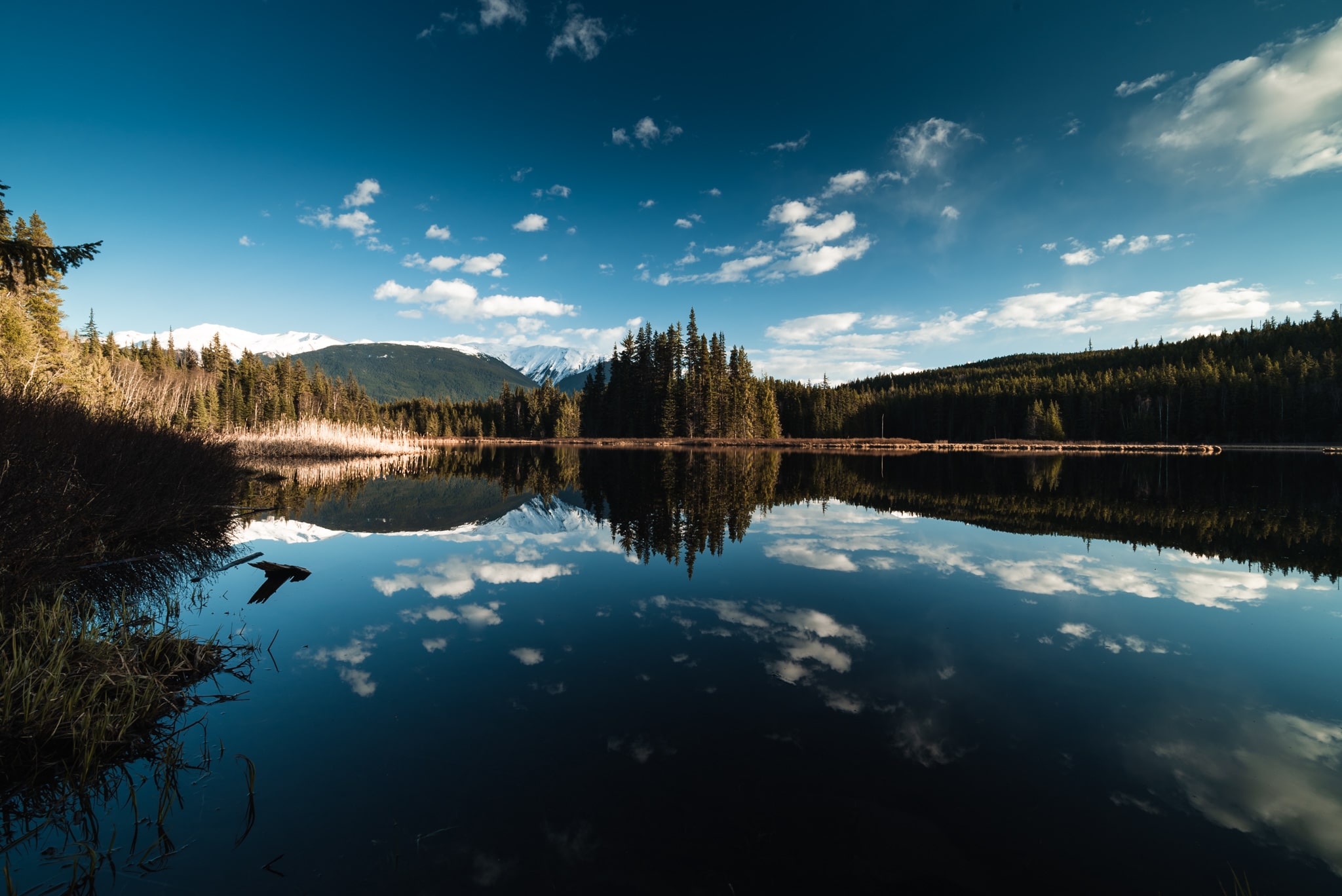 There are no towns, people or houses in sight for hundreds of kilometres in this part of the world. It is just mother nature. I saw 11 bears, one red fox and a moose right next to the road. Northern British Columbia is truly spectacular and breathtaking. 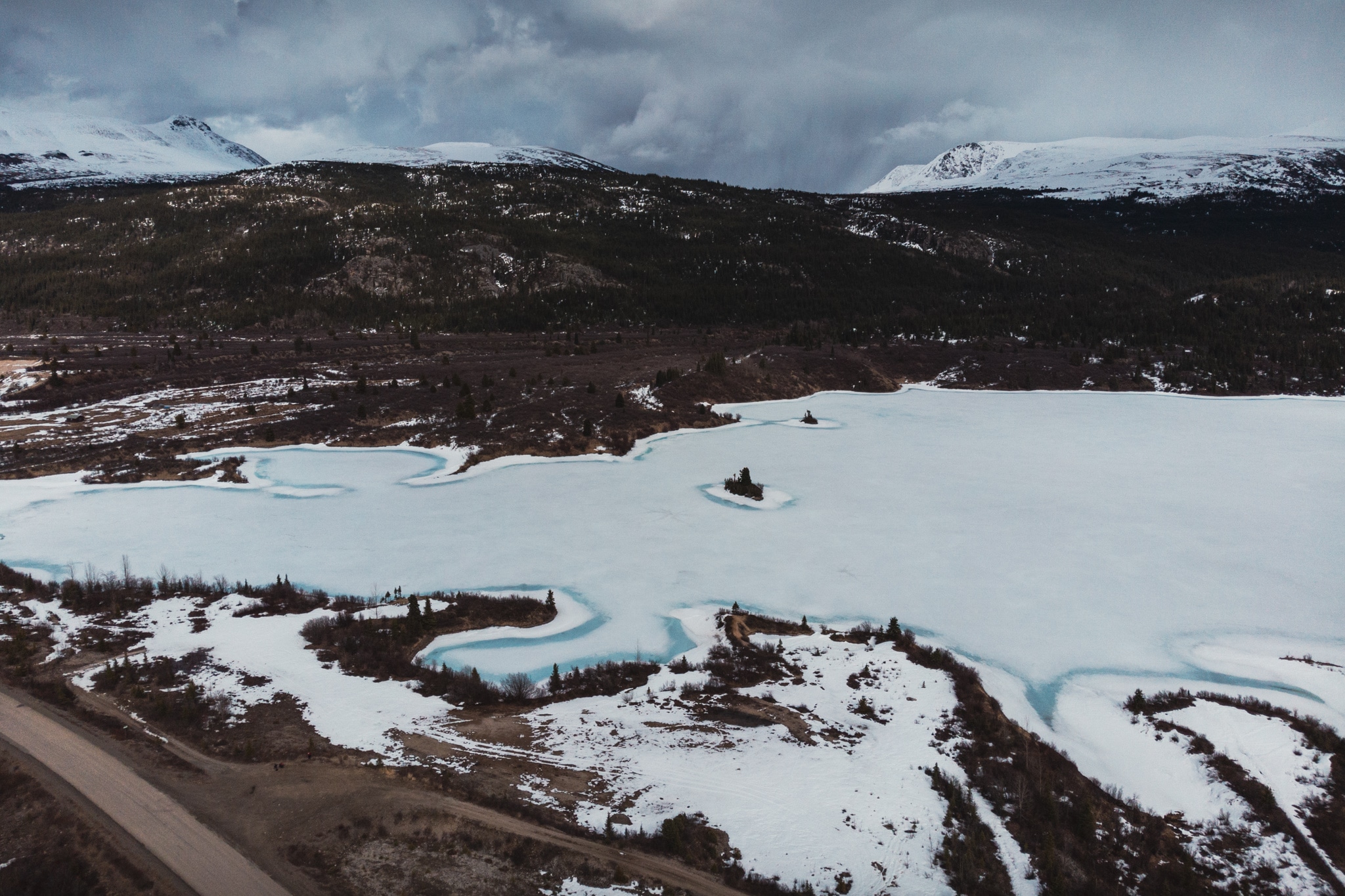 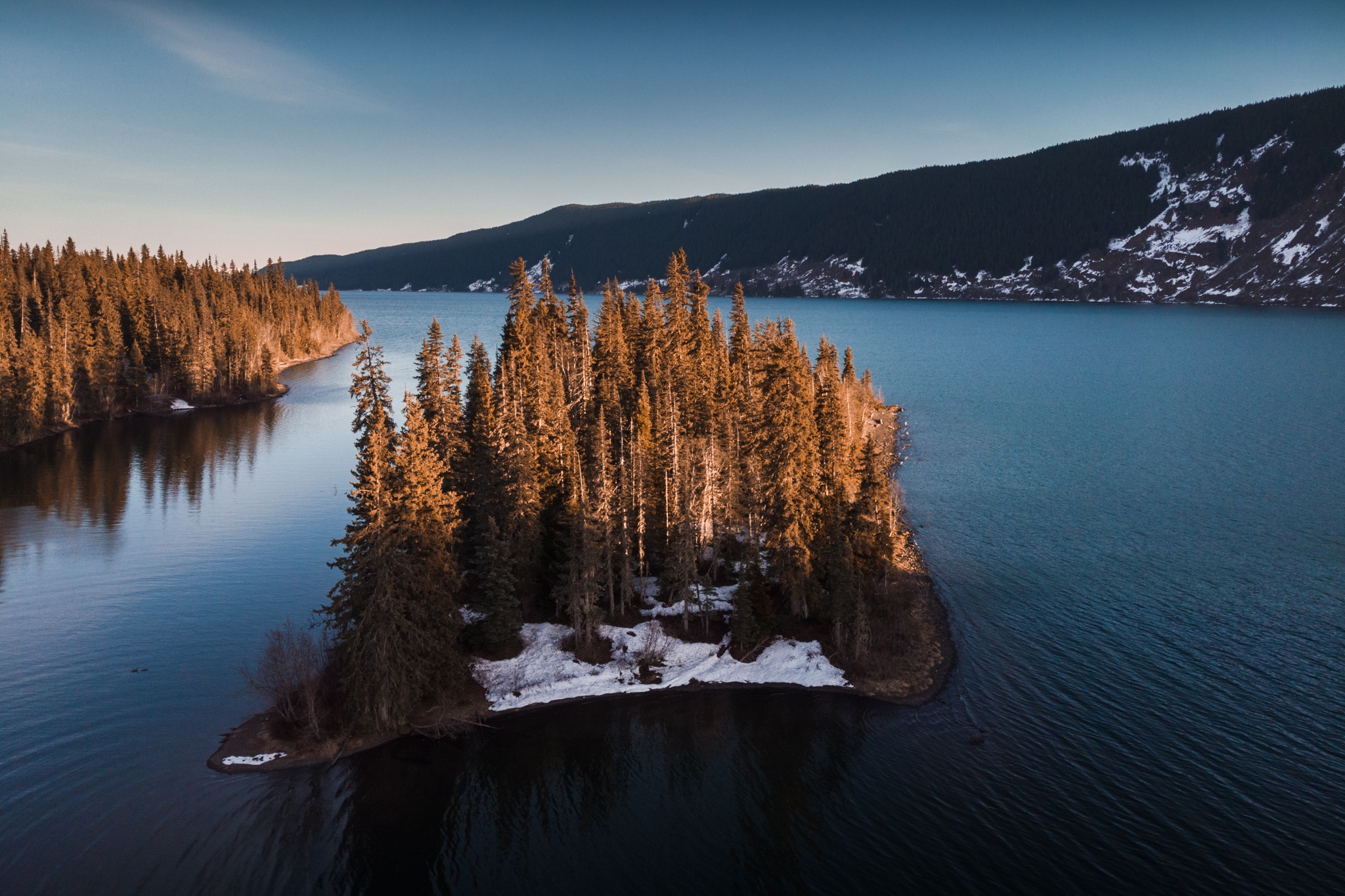 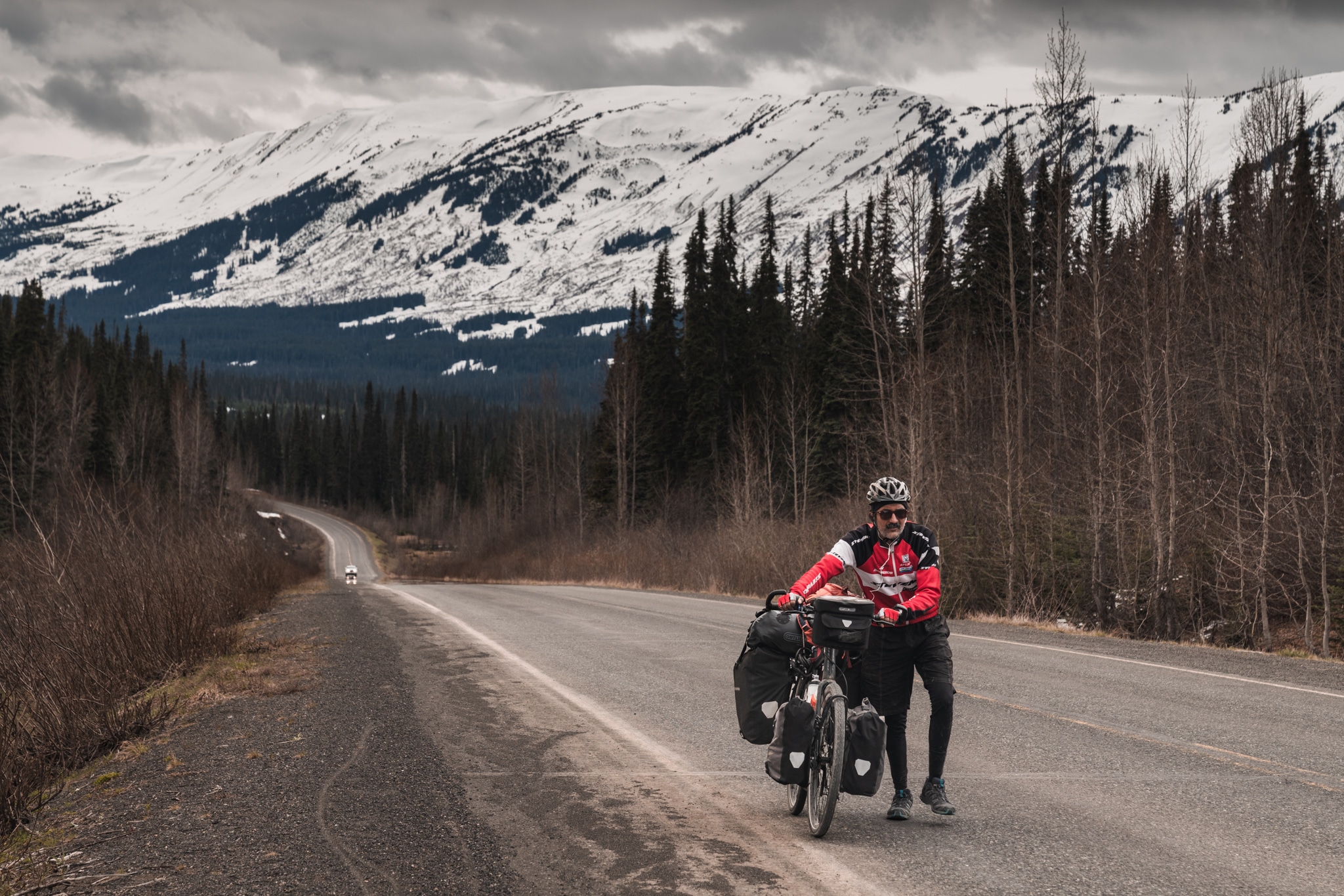 After encountering so much beauty and wilderness on the road, I felt I was in heaven as the only person to have been chosen to live here while the rest of them had been booked to hell. But soon I saw a big black bear next to the road. He gave me a long stare, asking me, “do you really believe humans would go to heaven?” I would have loved to have a conversation on that but his behaviour suggested leaving him alone was a better option.

Yesterday, I reached Dease Lake exhausted. I haven’t taken a shower for a week and haven’t changed clothes for over 10 days. I don’t even know how my face looks like at the moment. At the Arctic Lodge where I am camping at the moment, today a senior couple who would soon have seen all states of Canada asked me at the breakfast how old I was. I asked them to guess. The lady said, “62”. Her husband said, “no no, he looks much younger, maybe 52.”
“41!” I said.

“Well, how did you get your beard all grey at this age? I assume this bicycle journey must have worn you down,” the lady said in a gentle but concerning voice.

I didn’t have an answer for that. But now that few hours have passed by since the conversation happened, I suddenly have a Eureka that a grey beard could have a bigger role to play. While the glaciers are melting, my white shiny little beard can reflect off some of the sunlight back to the sky and help fight the climate change by cooling off the earth a little. Isn’t it amazing?

Now that I have discovered the purpose of my existence. Give me some more grey beard! 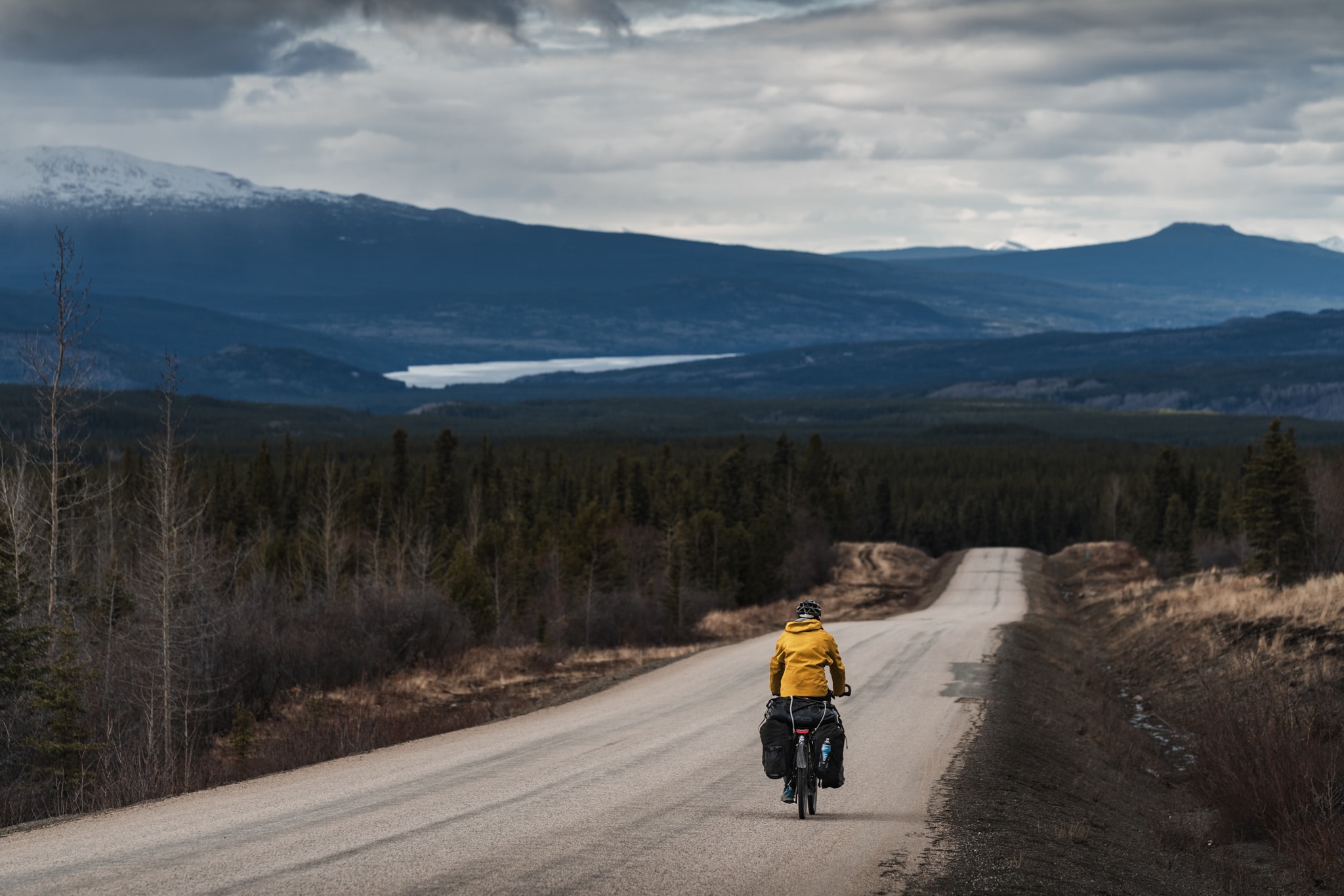