Dease Lake was still frozen when I was cycling along its shore. From the distance, it looked like a salt flat. While camping by the lake, I met Baptiste from France who was riding a Honda 125 motorbike from Honduras to Dawson City in Yukon, Canada. He carried his travel gear in two colourful suitcases mounted on a rugged iron rack which he himself had put together with the help of a local welder at the start of the tour. 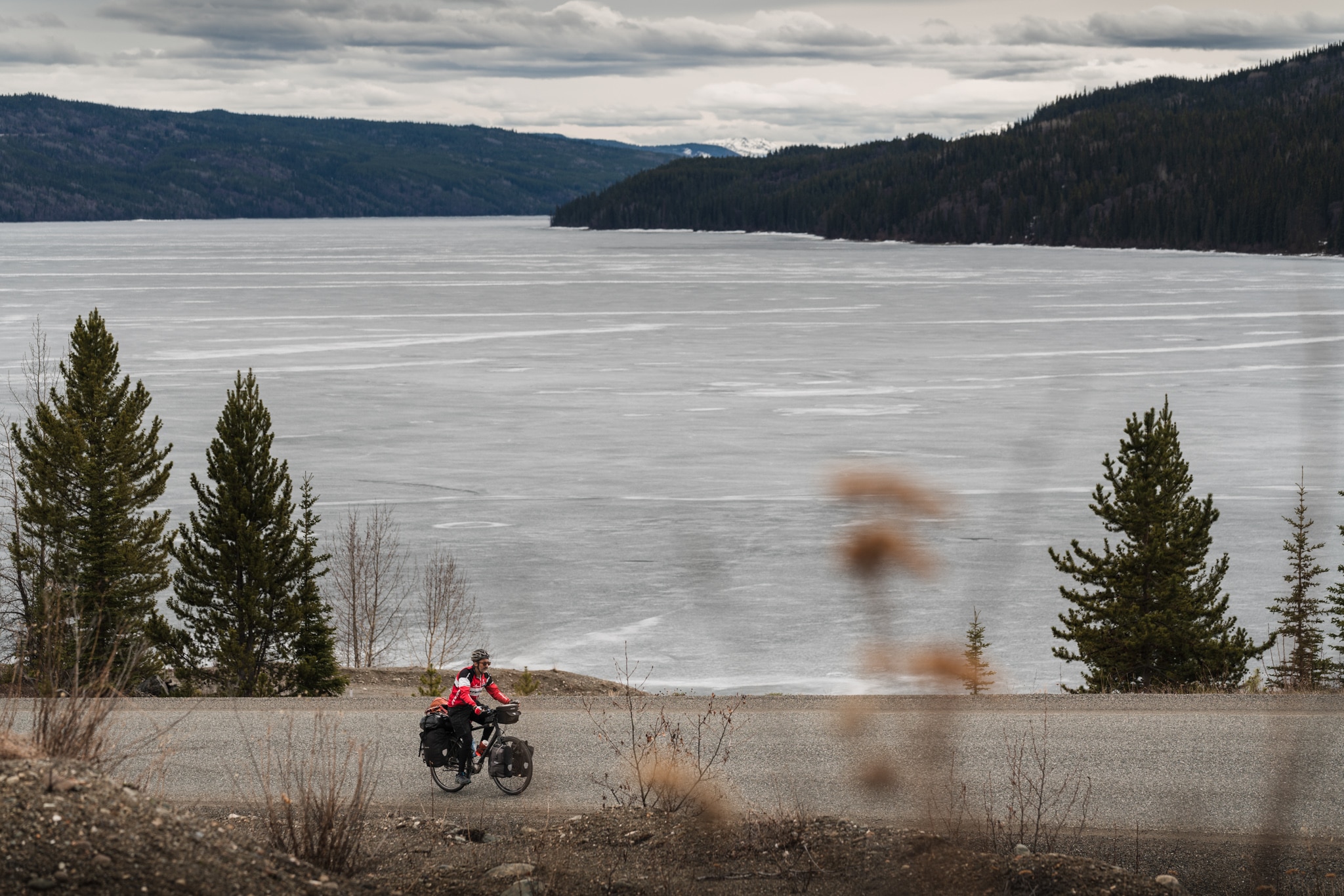 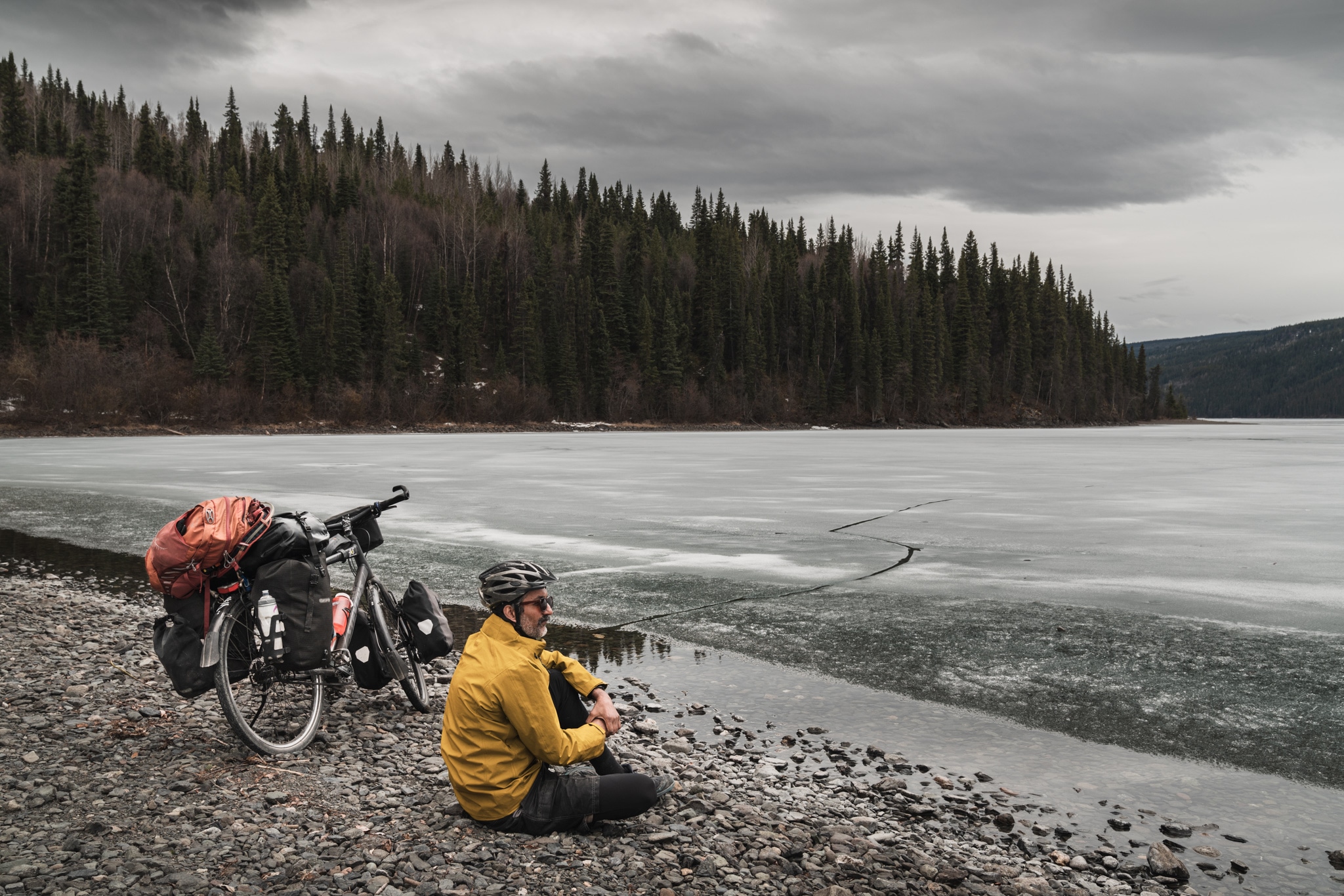 “This bike cost me only 600 USD. It is a very cheap and flexible way to travel. It is like riding a bicycle except that I don’t have to pedal,” he smiled. 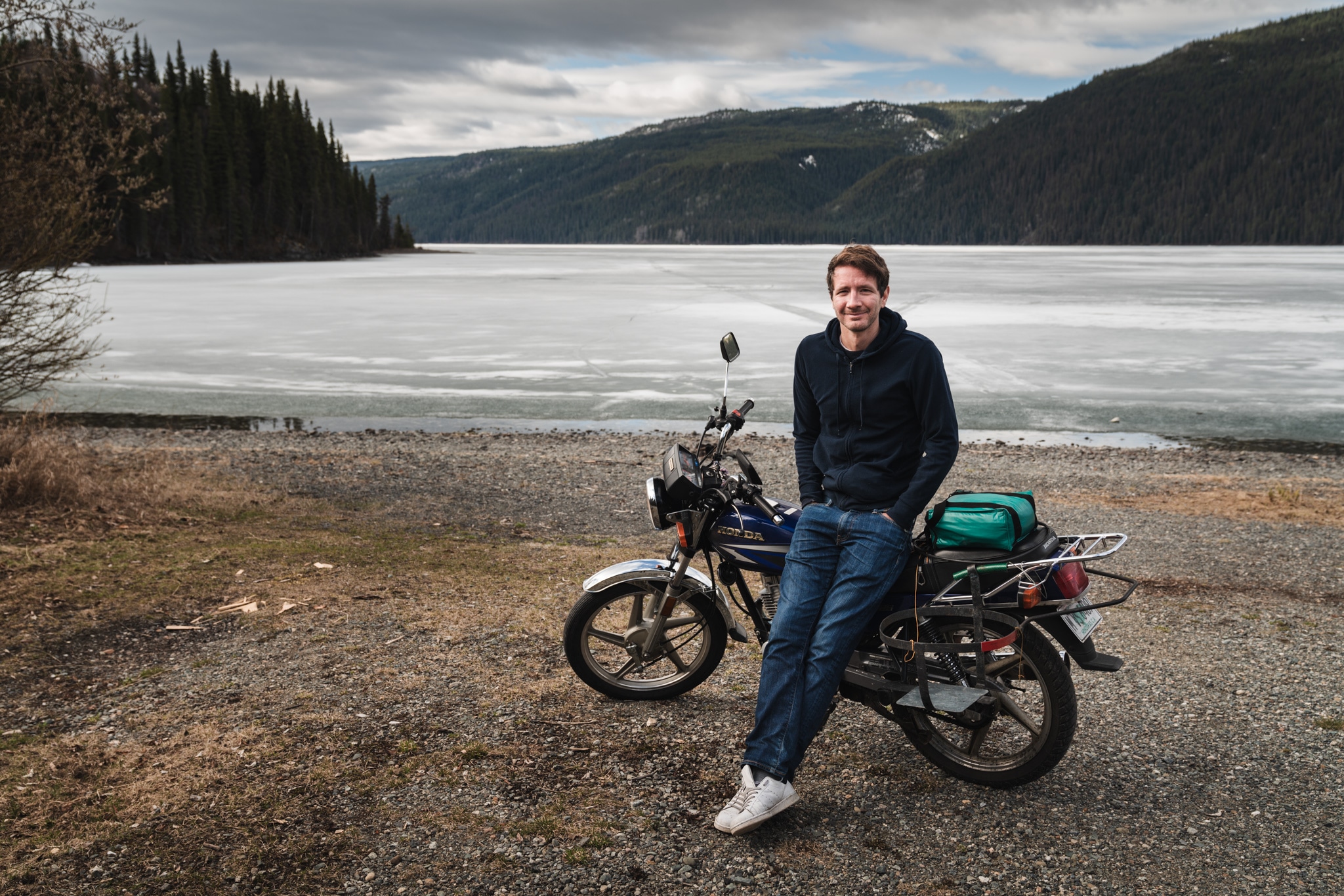 My elder brother in Pakistan owns a Honda 125 too on which he hauls old tyres. When I was a kid he used to beat me for my cycling adventures. After I finished the bicycle trip from Germany to Pakistan, he thought my bicycle touring days were over. He was very angry when he came to know that I was leaving for a much longer trip through the Americas. I still remember that evening. I was sitting behind him on his red Honda 125. We were heading to our family graveyard in Layyah. He said I should stop this nonsense and that it was a waste of life. He spoke about the sacrifices our family had made for me. When we reached the graveyard, he pointed to mom’s grave and said, “apni maan ko kya jawab do gay? (how will you respond to your mom?)”

I had nothing to say. How could I? She had not raised me to live like a travelling dervish but to become a successful person.

In silence, I prayed at her grave and asked her soul for forgiveness. 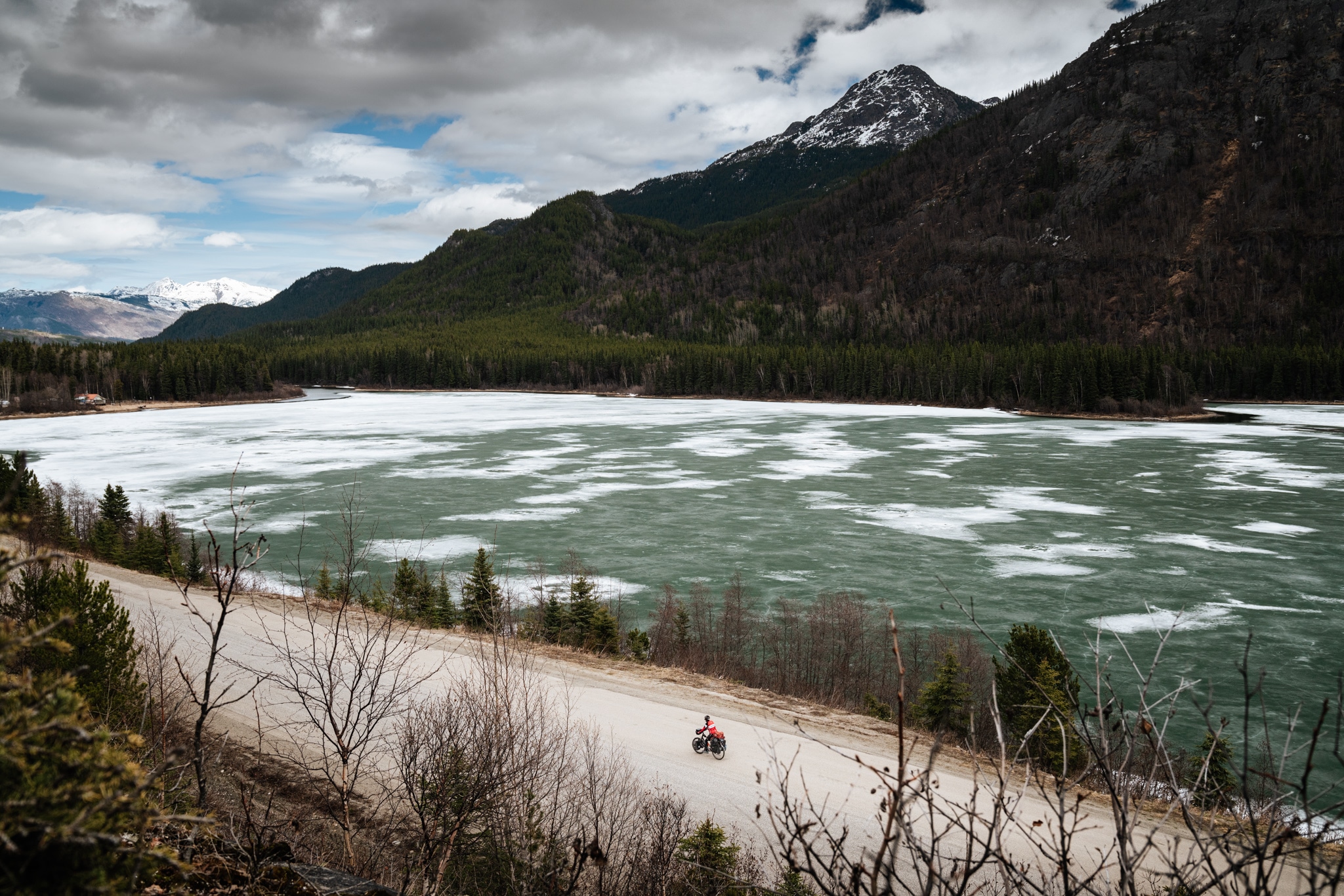 Back on Cassiar Highway, the road went on forever in the wilderness.

“Am I in paradise?” I constantly asked myself. 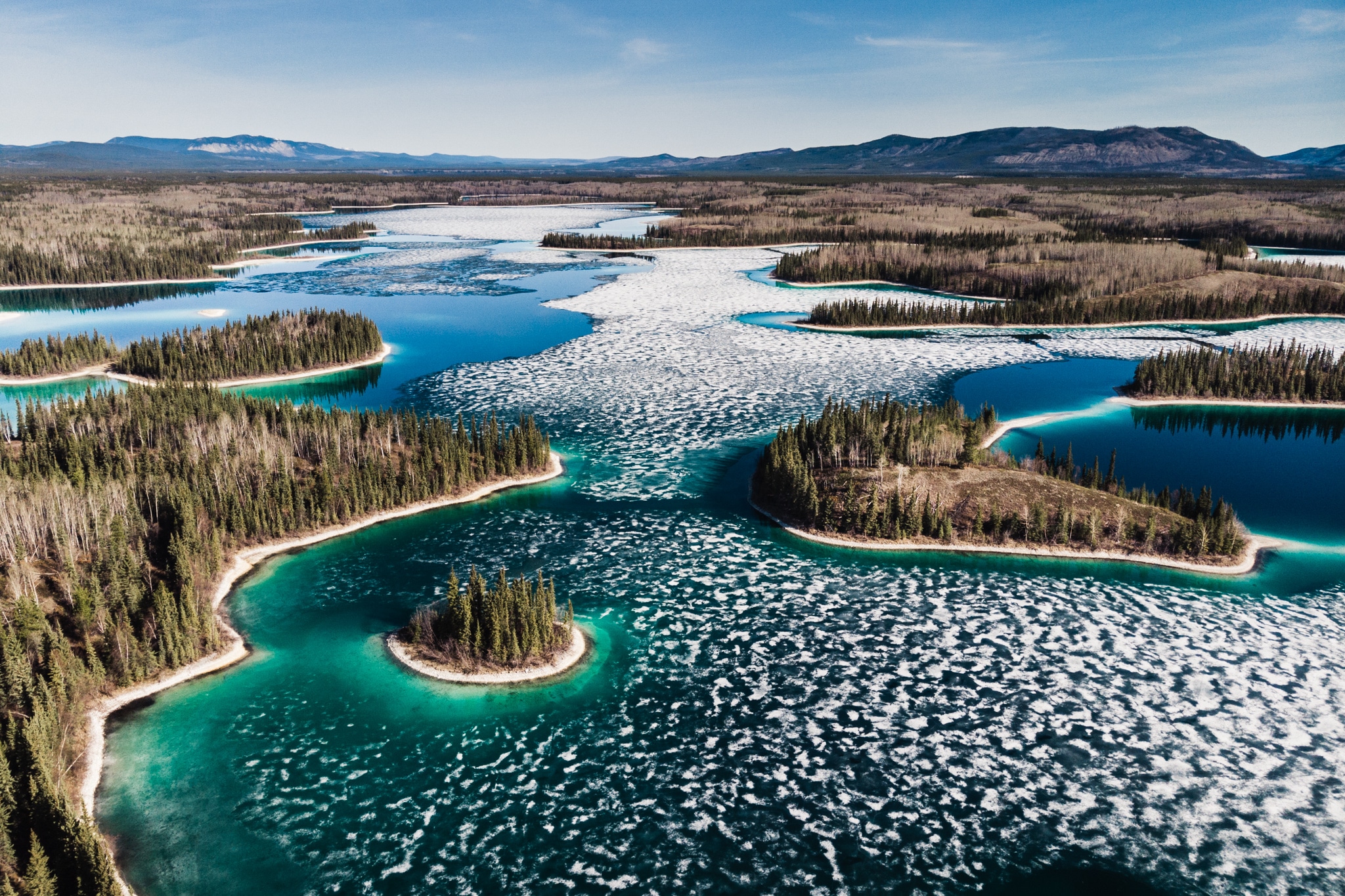 We have been told that there would be rivers of milk and honey in paradise. To me, white frozen lakes of British Columbia were made of pure milk flowing from the mountain tops in the form of snow. Those mountains were the virgin houris from paradise. Their curvy bodies were dressed in translucent silk robes of thin fog. They seduced me with sexy stares. Such was the expanse of the wilderness that I felt naked among virgins. 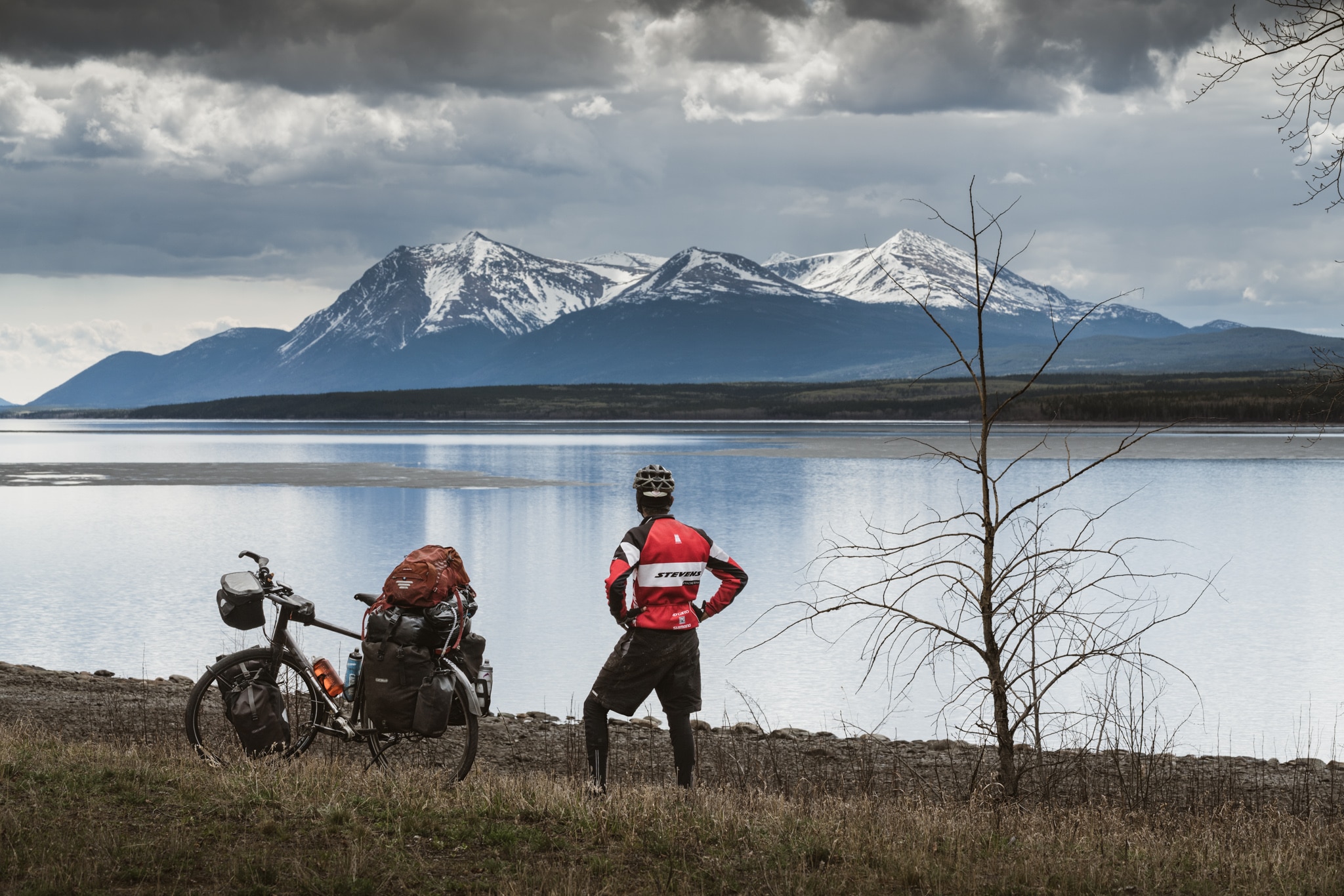 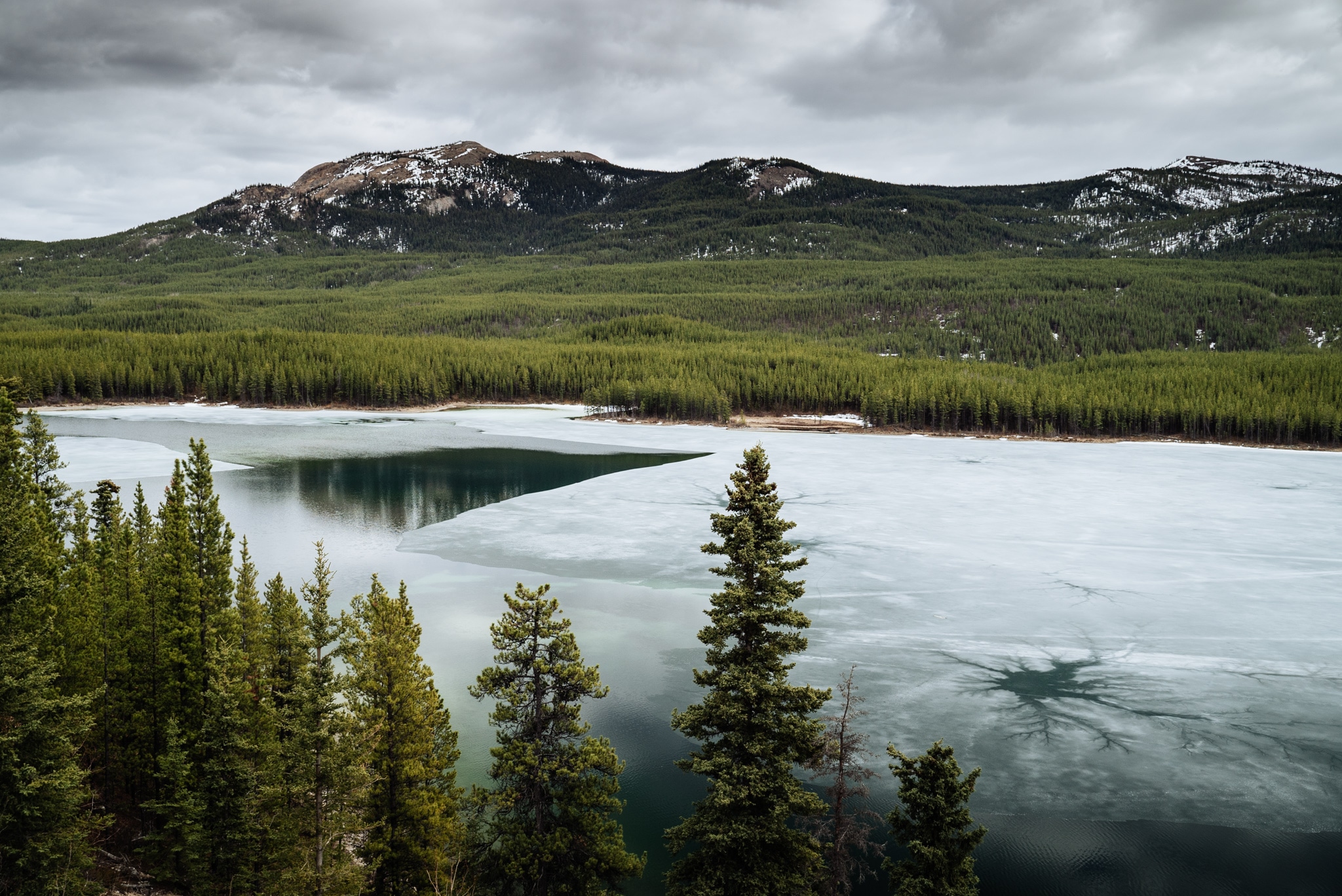 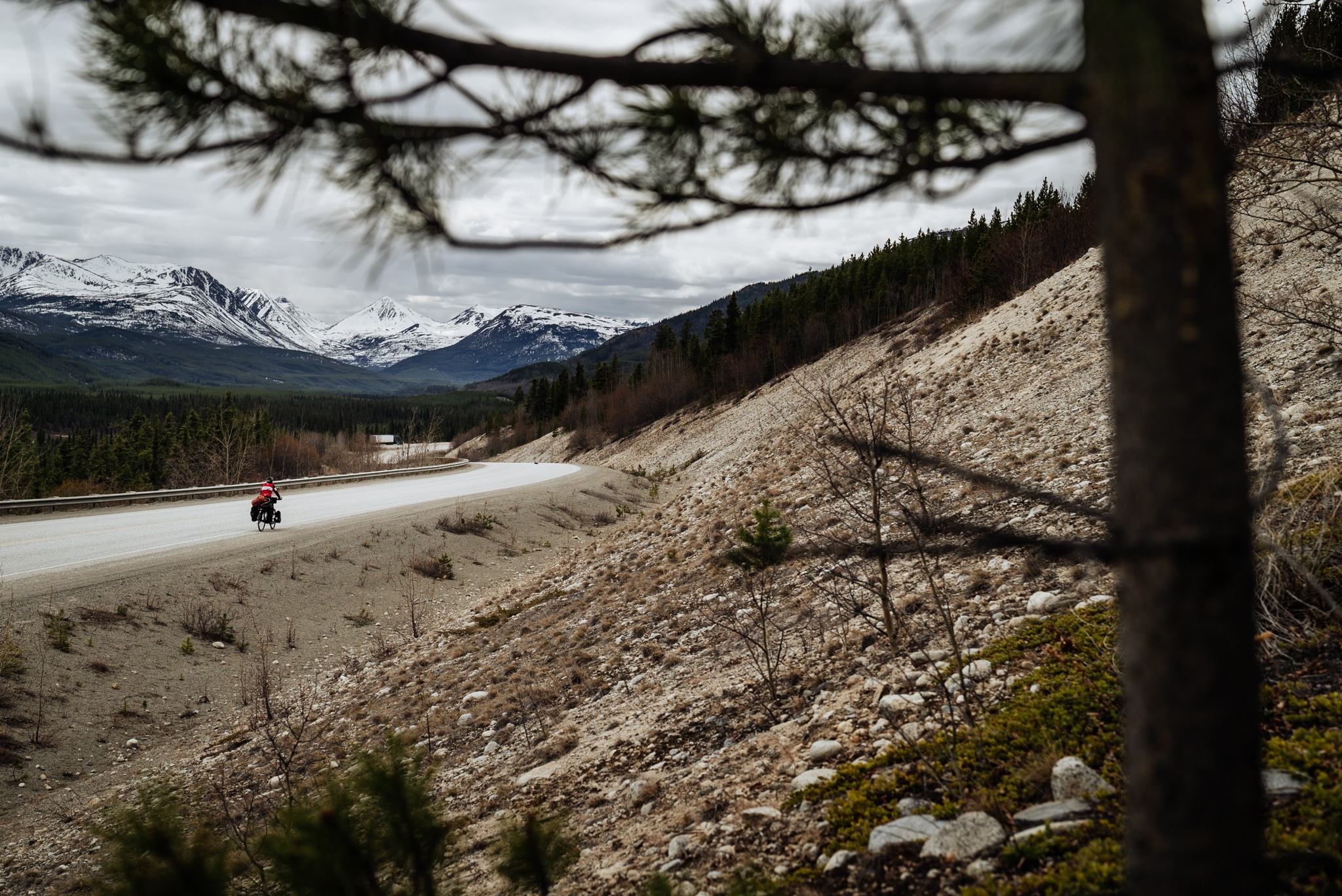 The day were long and the nights were quiet. Despite being many years on the road, my ears are still not used to the deafening silence of northern BC and Yukon. One night I woke up with the sound of heavy steps thinking a hungry bear was marching towards my tent. It turned out to be the “lub dub” of my own heart. 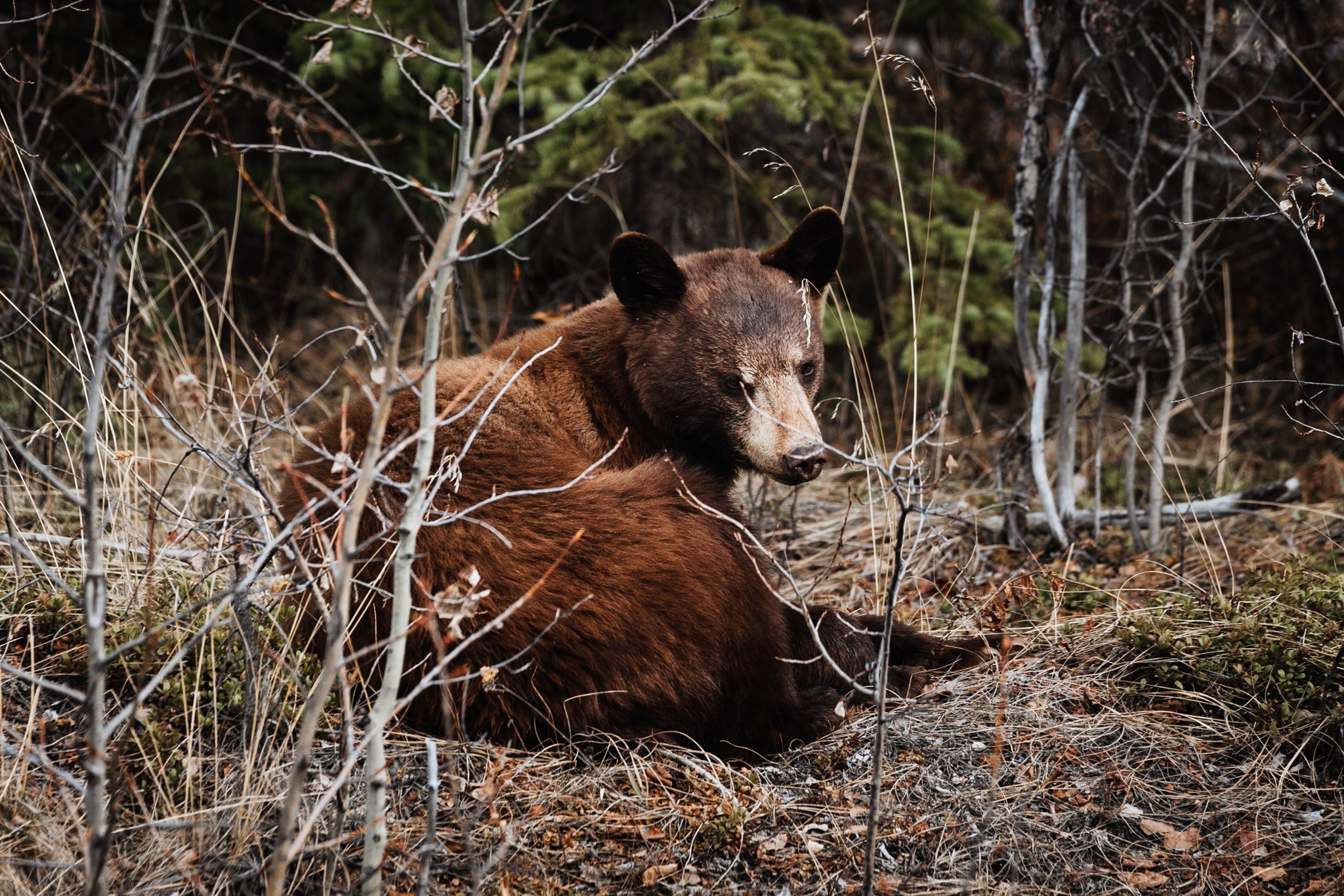 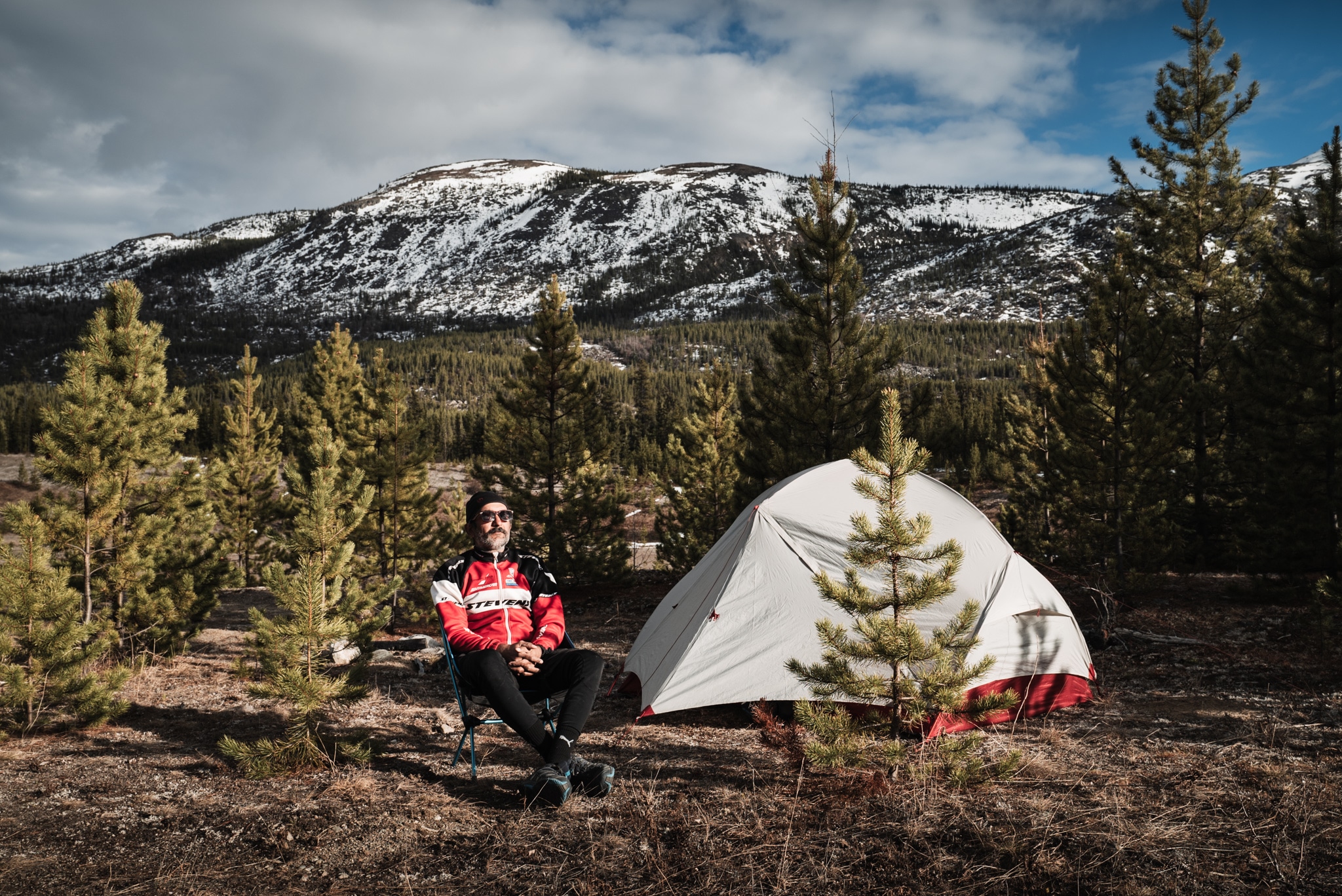 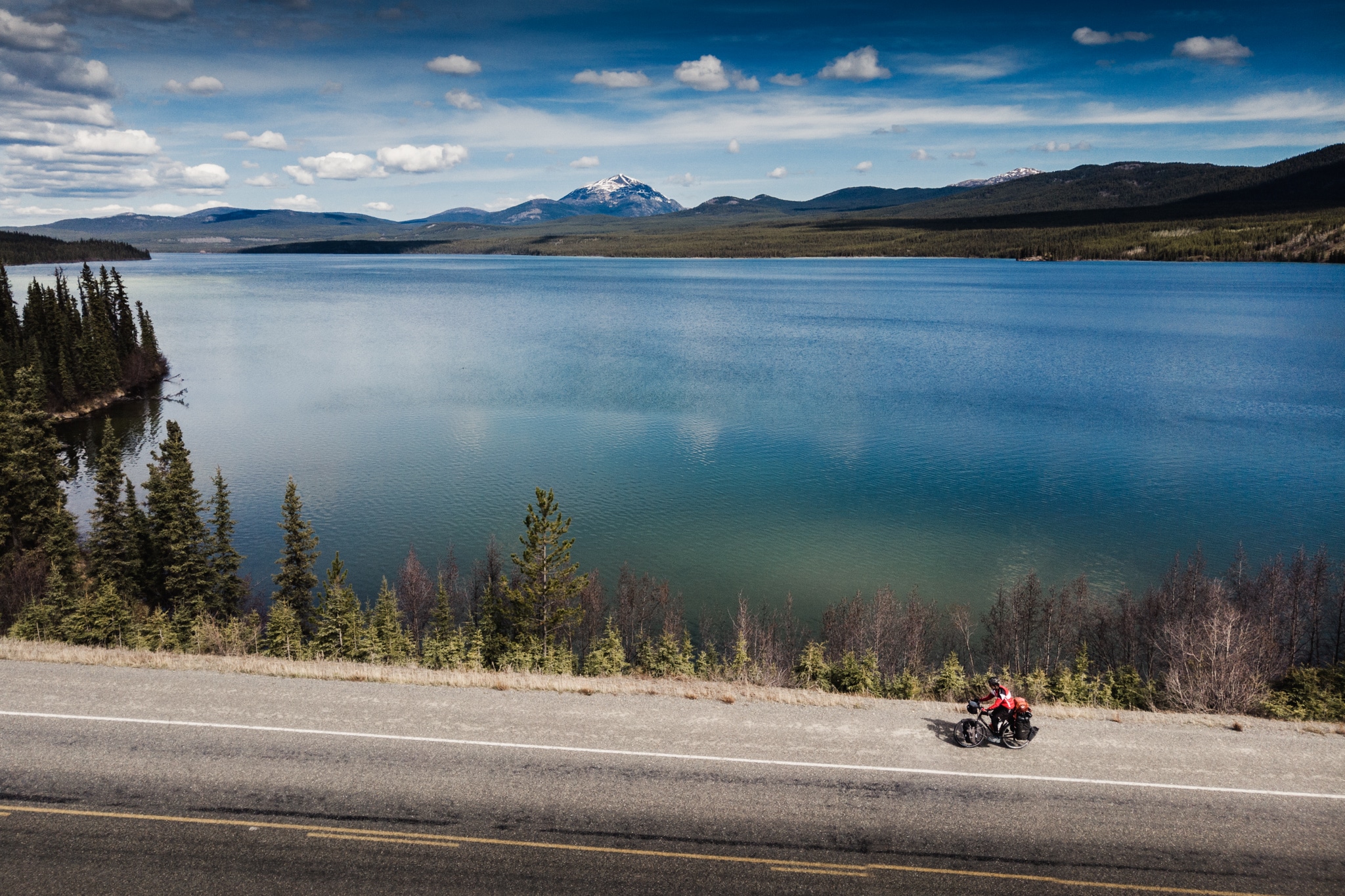 Just before Highway 37 Junction, I entered the Yukon Territory at 60° latitude and was greeted by a sign which said, “Yukon—Larger than life.” Two kilometres after that, I met the legendary Alaska Highway 1, the final road that is going to take me to Alaska. As soon as I turned left on the Alaska Highway, I met strong headwinds. My body ached and I felt demoralized. I cursed at the wind, but deep inside, I knew mother nature wanted to know if I still had the desire to travel. I persisted. After two days the wind stopped and then patted me on the back. I was flying. 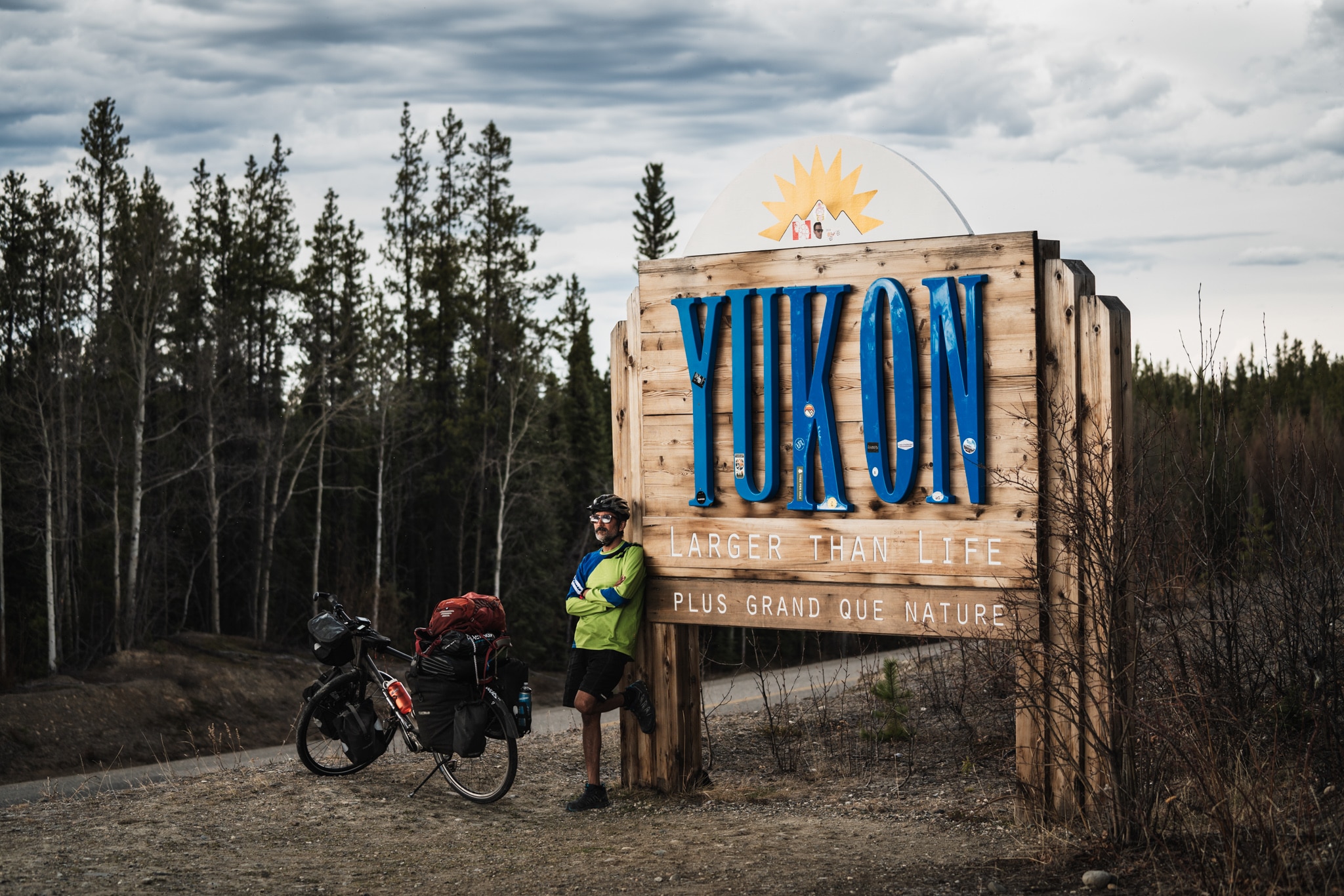 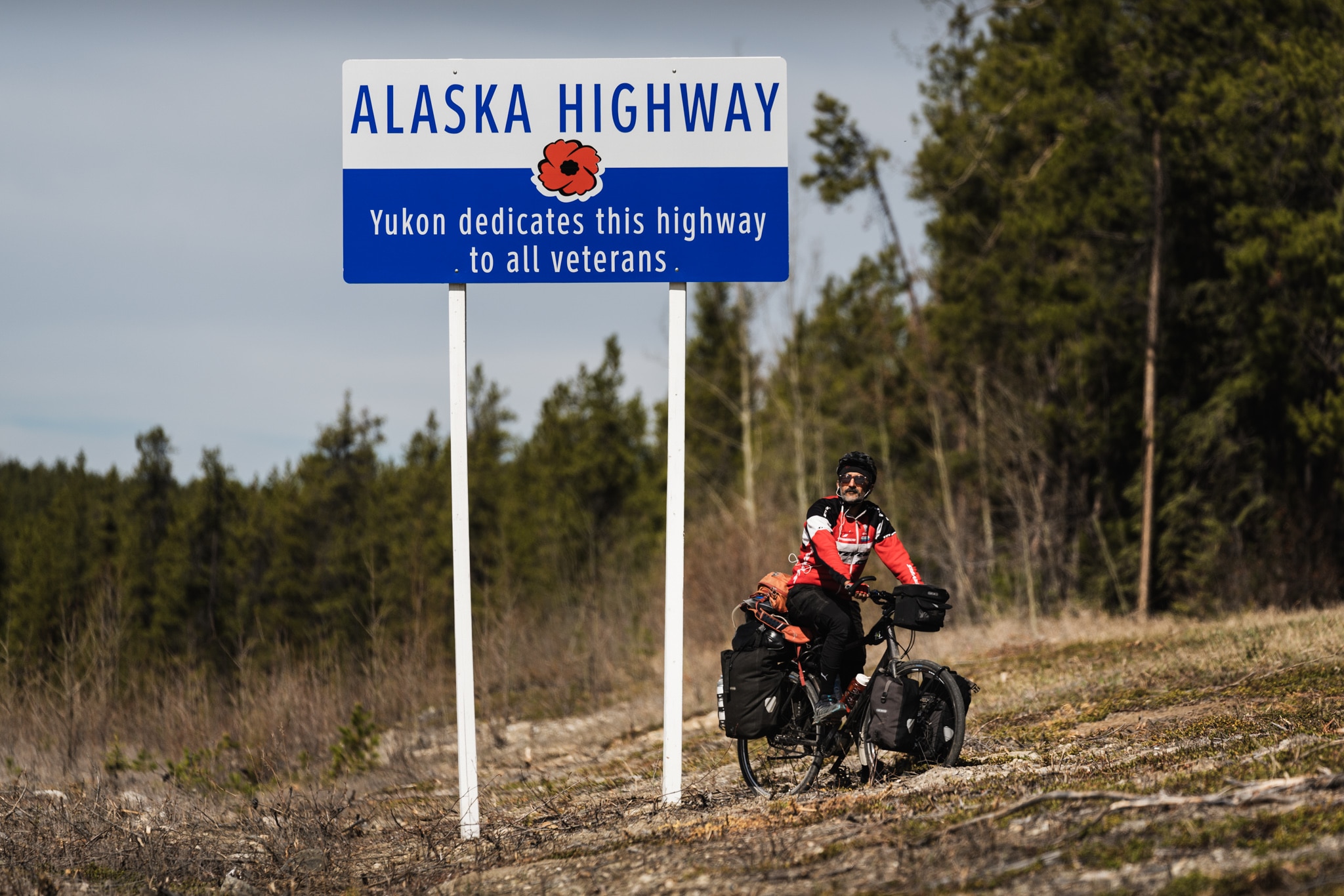 Near Whitehorse, I stayed with a German couple Monica and Ulli from Germany. They have been living in Yukon for the past three or four decades. I had met them at a rest area some three weeks and 1100 km ago. Monica had given me cheese, fruits, eggs and her contact number. I called her and reached their place by M’Clintock River. 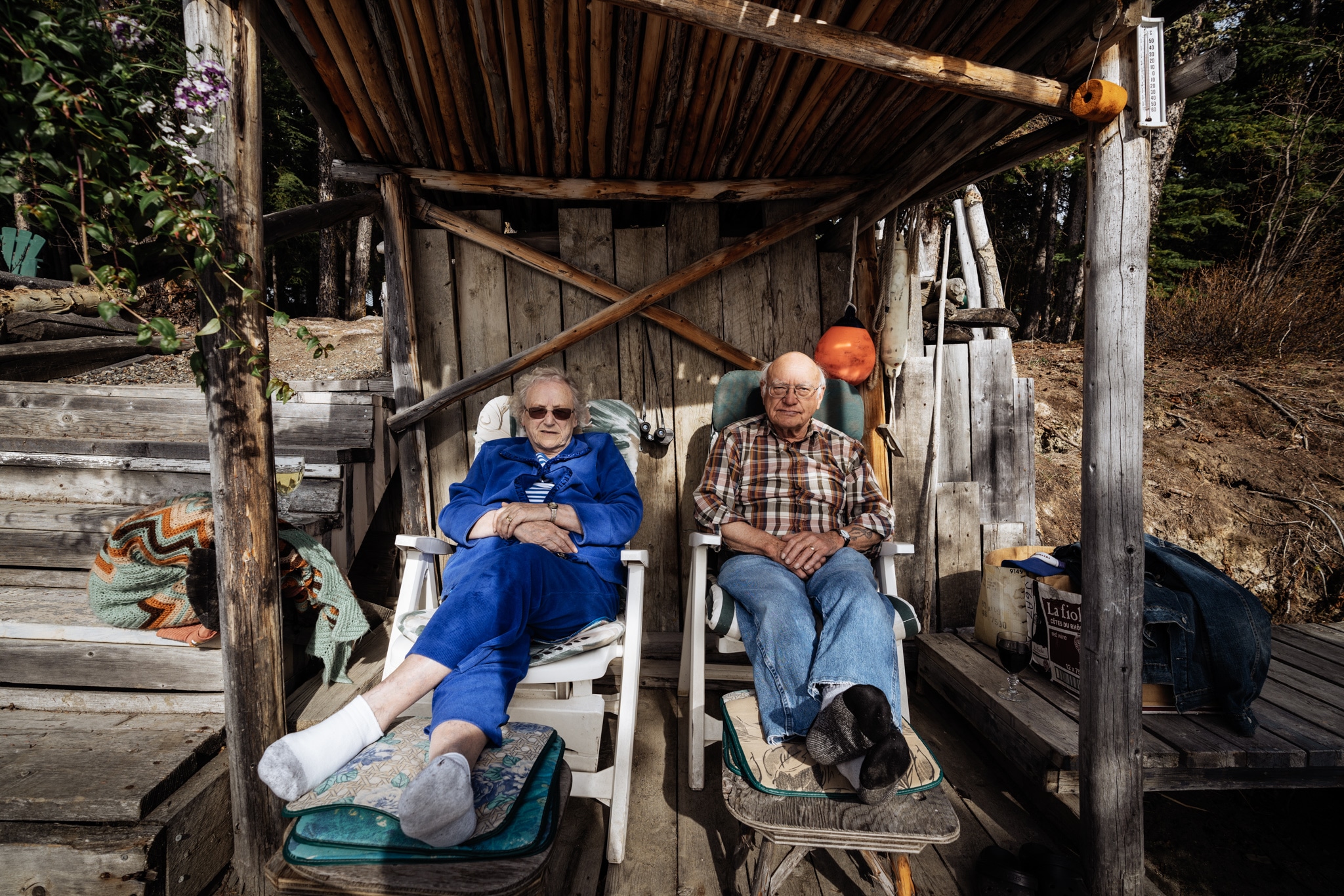 “I am glad you are still alive. I thought you would never make it,” she said.

“Is your mother still alive?”

“That’s why! I would have never allowed my son to go so far by bicycle.”

I looked at her. The image of my mother slowly appeared on her face. For a moment which lasted many years, mom looked at me in silence.

The words of my brother, “how will you respond to your mom?” echoed in my head.

Once again, I had nothing to say. How could I? 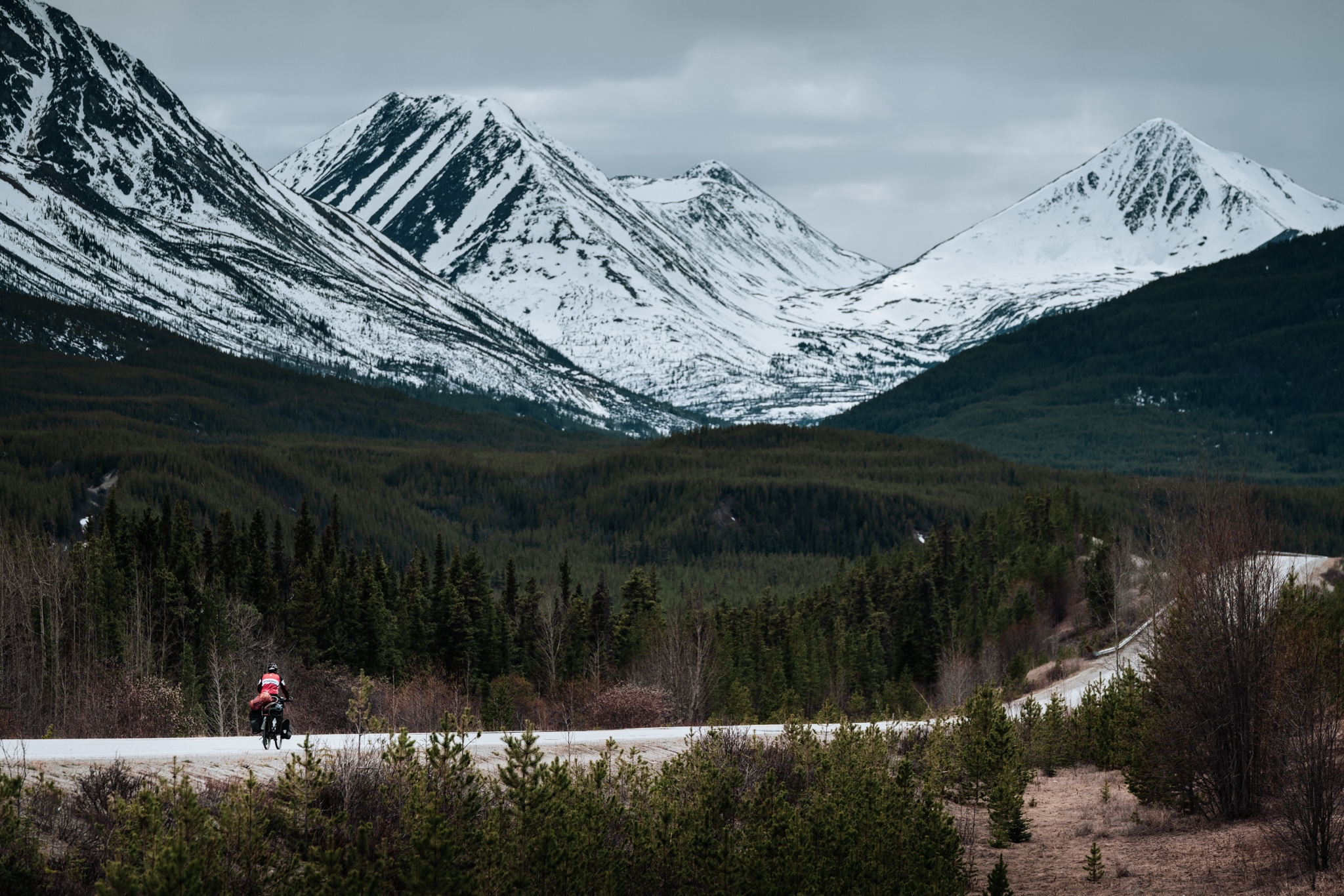