“In 2004, there were so many climbers on K2 that I felt I was in Raja Bazar, Rawalpindi. Two years later, we were only two people on 8,000m tall Broad Peak in winter. At that time, I learnt that the most difficult part of mountaineering is descending without a rope. That experience still helps me in conducting rescue missions. Mountain rescues are all about free climbing. You have to attack the mountain to save someone’s life.” 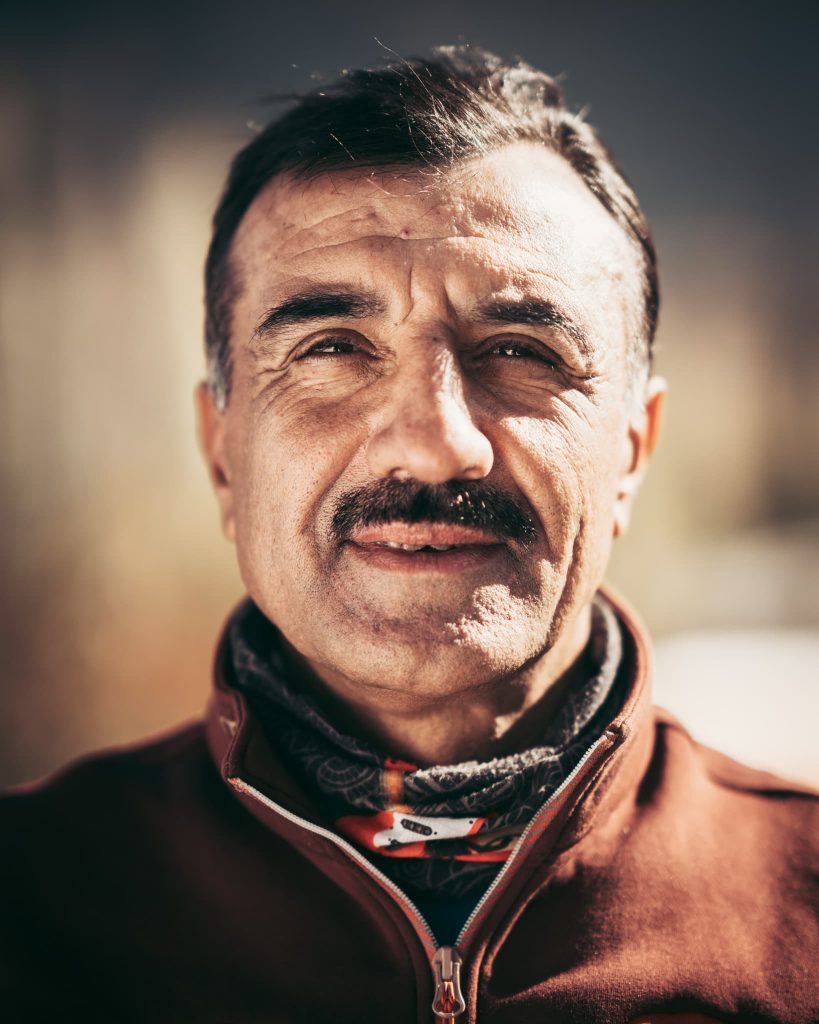 Shaheen Baig is a veteran mountaineer and mountain rescuer from Shimshal, Gilgit Baltistan, Pakistan. When he was a child, he used to accompany his parents for herding animals to Shimshal Pass. Shaheen got his first portering job with a Korean group in 1992. He and his Shimshali friends went on this expedition to Lupghar Pasture with a lot of enthusiasm.

“We wondered why foreigners came so far and spent so much time and money to see our mountains?”

The job lasted for only three days, but in 1995, the Koreans returned to scale Lupghar Sar (7,200m) and hired him again. They asked him to climb with them, but Shaheen had no climbing experience or equipment. They gave him shoes and training. In return, Shaheen astonished them by completing a two-day training in one hour. This time, the job lasted for a month.

Later, Shaheen started freelancing. Back in the day, anyone could pick up tourists in Gilgit and give them a tour as a mountain guide.

In winter 1995, Rajab Shah, the legendary mountaineer from Shimshal who had summited all five 8,000ers in Pakistan, gave basic mountaineering training to Shaheen and other budding climbers from Shimshal.

“It is due to his blessing that Shimshal became a valley of mountaineers. He taught his skills to others.”

“Amongst all mountains, K2 is my favourite. It tests how strong you are.”

Shaheen is one of the first Pakistanis to do Alpine style climbing in winter. In 2006/2007, he joined the famous Italian climber Simone Moro for Broadpeak winter expedition.

“Climbing without a rope in winter is tough. I was not technically strong back then. But I quickly learnt from Simone. When we reached Camp I, I was even happier than I was after summiting K2.”

The duo couldn’t go past Camp III due to bad weather. In Winter 2007/2008, they returned and reached the height of 7,800m, but had to cancel summit push to obey the cutoff time of 2 pm. Reaching the summit late would have been fatal. The lowest temperature on this expedition was -45°C.

Shaheen takes more pride in his volunteer rescues than in his mountaineering achievements. Between 1997–2020, he took part in rescue operations on numerous peaks, including, K2, Ladyfinger (6,000m), Passu Peak (7,478m), Melvin Jones (5,800m), and others. His most recent mission was to evacuate two Polish climbers (one alive, and the other dead) from Dhi Sar (6,200m) in Ghujerav valley of Shimshal.

“Bringing back a dead body is even more difficult. The best mountaineers are the ones who not only save themselves but also others.”

Shaheen’s most challenging rescue was on K2 Magic Line, the toughest route on the mountain. In 2004, he had just arrived in Islamabad after summiting K2 when he received a call for help. He partnered with Wahab and went straight back.

“On the first day, rocks and ice came falling on us. The next day, Wahab’s crampon broke, and I had to use an ice axe under his foot so he could climb. We kept boosting each other’s morale. Eventually, we reached the climber’s dead body and brought it back in the dark. Rescuing is tougher than summiting.”

Often, they have to carry out high altitude rescues without acclimatizing themselves.

“Above 7,000m altitude, everyone has a problem. Even when we have not acclimatized properly, we still do it, because there is no other option. Skill and experience are always essential. Furthermore, volunteerism gives you motivation and strength. As Pakistanis and Muslims, we take immense pride in saving someone’s life. Whatever success I have received is due to Allah.”

There is no professional rescue system in Pakistan. Army helicopters cannot reach everywhere, so it is up to climbers to conduct ground operations. Local mountaineers are always willing to do that, even voluntarily, but there is a need to organize them and provide equipment and insurance.

“They need some reassurance that in case of an accident, they will get compensation. It is a high-risk job.”

Unlike in Nepal, the climbing season in Pakistan is very short. Even notable climbers like Shaheen get to climb only for one to two months in a year. Rest of the time, they are busy with land farming and construction work. They don’t get to practice during the off-season. If rescuing becomes their permanent job, they will keep themselves fit throughout the year and use their free time to enhance mountaineering skills.

Shaheen tells me that taller peaks are not necessarily always the hardest.

“Why haven’t you tried Everest yet?” I ask him.

“I am still young. I think you should not do Everest at a young age, rather when you are in your 60s. It is a soft mountain,” the 48-year-old giggles.

Volunteerism and passion for teaching are at the core of his heart. To train the younger generation and promote climbing, Shaheen Baig and his old friend Qudrat Ali founded Shimshal Mountaineering School. Their school taught and led eight Shimshali girls to the first-ever winter ascent of Manglik Sar (6,050m) in -30ºC. All the expenses were paid for by their school.

“According to our elders, angels reside in the mountains; we should go there quietly and not disturb them.”