Somewhere in the Guatemalan Highlands, there is a lake which goes by the name Lago Atitlan. Considered by many the most beautiful lake in the world, the Lago Atitlan is surrounded by a number of Maya villages, with Santiago de Atitlan being the largest of them.

In Santiago de Atitlan, an elderly man guides me through the narrow streets as we amble along together. We arrive at a street’s dead-end. My guide points his finger to the open door of a house and says, “there, go!”

I take cautious steps towards the door and enter.

As my eyes adjust from the sunlit outdoor to the low light room, I see dozens of candles on the floor. Swirls of shamanic incense rise through the air, enter my nostrils and transport me to another universe. A woman is kneeling in front of an effigy. She has brought a pile of candles and some other gifts. A shaman is reciting verses while circling a smoke pot around the woman’s head. Another shaman is sitting next to the effigy which has a cigarette in its mouth. The effigy is wearing a hat and scarves and a long red tie with currency notes tucked in it.

This is a shamanic ceremony of Maximón (pronounced as Ma-shi-mon). While the Catholic Church considers Saint Maximón a devil, the Mayan people regard him highly and offer cigarettes and alcohol to his effigy and ask for favours. In Maya culture, Maximón is someone who has always a cigarette in his mouth and loves to drink. So if you feed him, he can bring you good health, a good marriage, good job, and wealth. His character symbolises dark and light and there is a certain mystery around him. 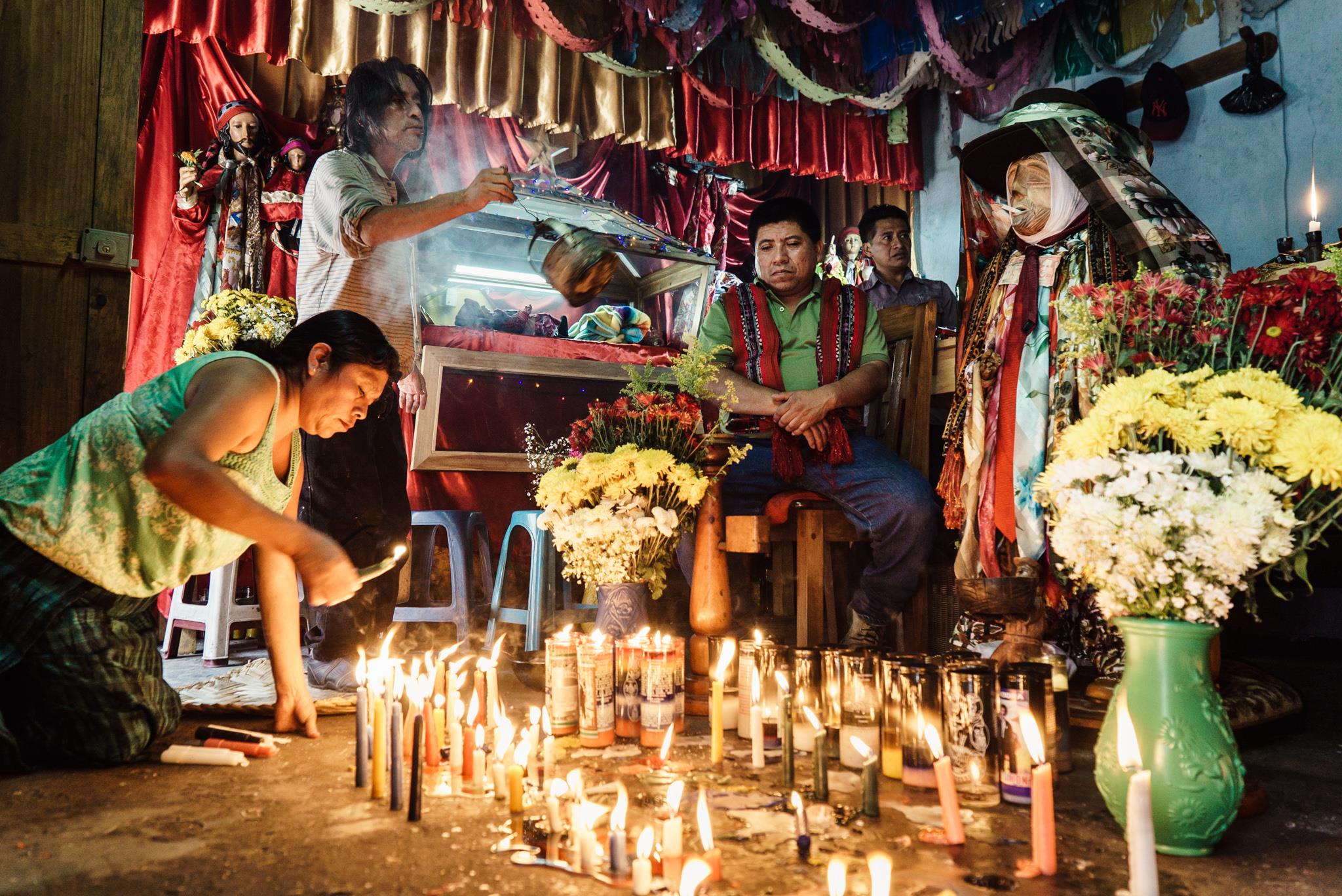 A ceremony like this costs at least 150 Quetzals (around 20 USD). If someone is asking for big favours, they are better off bringing bigger gifts to please Maximón. For most of the Maya people who live in poverty, 150 Quetzals is what they would earn after 2-3 days of hard work, but they still come here with their offerings and prayers. It is a bit ironic that it is the poor people who have the strongest faith in religion. Perhaps, there is no other hope for them than the religion. If it were not the ointment of religion, the life would become too difficult to live. As long as the unfairness and unequal distribution of wealth continue, the poor people are going to sleep hungry but will continue to feed an effigy.