Throughout Latin America, a girl’s 15th birthday is a considered to be a special occasion in her life and calls for a big celebration.

The celebration which is called Quinceañera (fifteen-year-old) marks a transition from her childhood to womanhood. Traditionally, the girls were married by the age of 15 or they went to the church to live their life as nuns. Prior to that, they learnt all the household work from the older women in the community as a preparation to become wives. 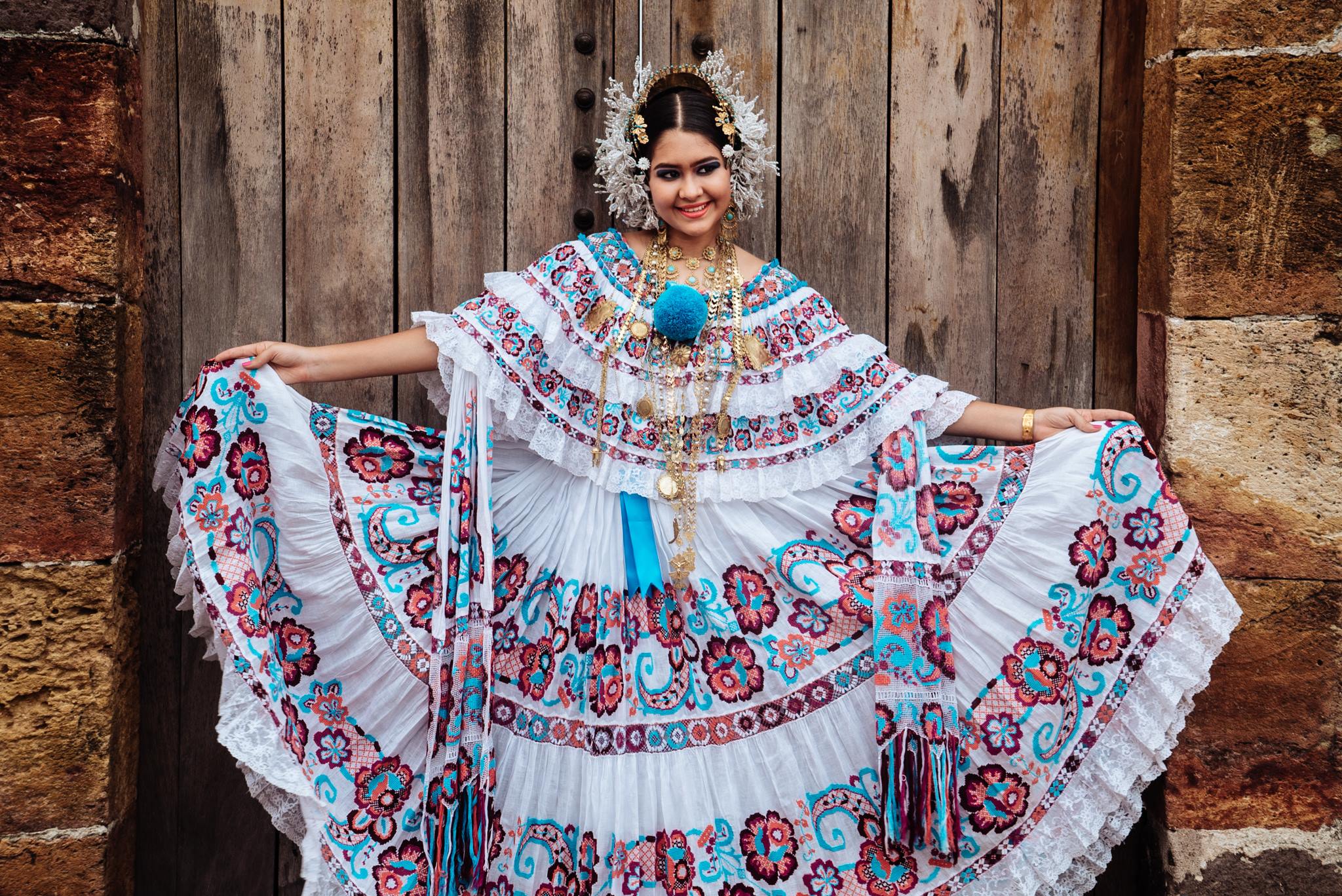 Later, the tradition changed and the Quinceañera granted several privileges to the young women turning 15, such as, wearing makeup and jewellery, going out to parties, tweeze eyebrows and shave legs, etc. Nowadays, marriageable age in most countries of the Americas is at least 18 years without parent consent. People now celebrate the Quinceañera in an extravagant party. The girl wears an elegant and traditional dress and first dances with her father and then with relatives and friends. In some countries, the celebrations begin with the thanksgiving mass.

In this picture, you see a Panamanian girl on her Quinceañera. I saw her in the historic district of Panama City. She was with a man who also wore a traditional dress. Some professional photographers were shooting their pictures. I asked the man if they were a couple and getting married. He told me instead that she was his daughter and it was her 15th birthday! It was so embarrassing to me. I apologised but stuck around and took some pictures during their photo shoot.