Walking around in the streets of Aluasi, I stumbled upon two Quechua women in traditional dresses. It took me quite a while to convince them before I could take their picture as they were very shy and reluctant to be photographed.Here you see them in traditional Inca dress which is worn by most Quechua women in Ecuador. They are wearing pollera skirts which are embroidered around the hem. 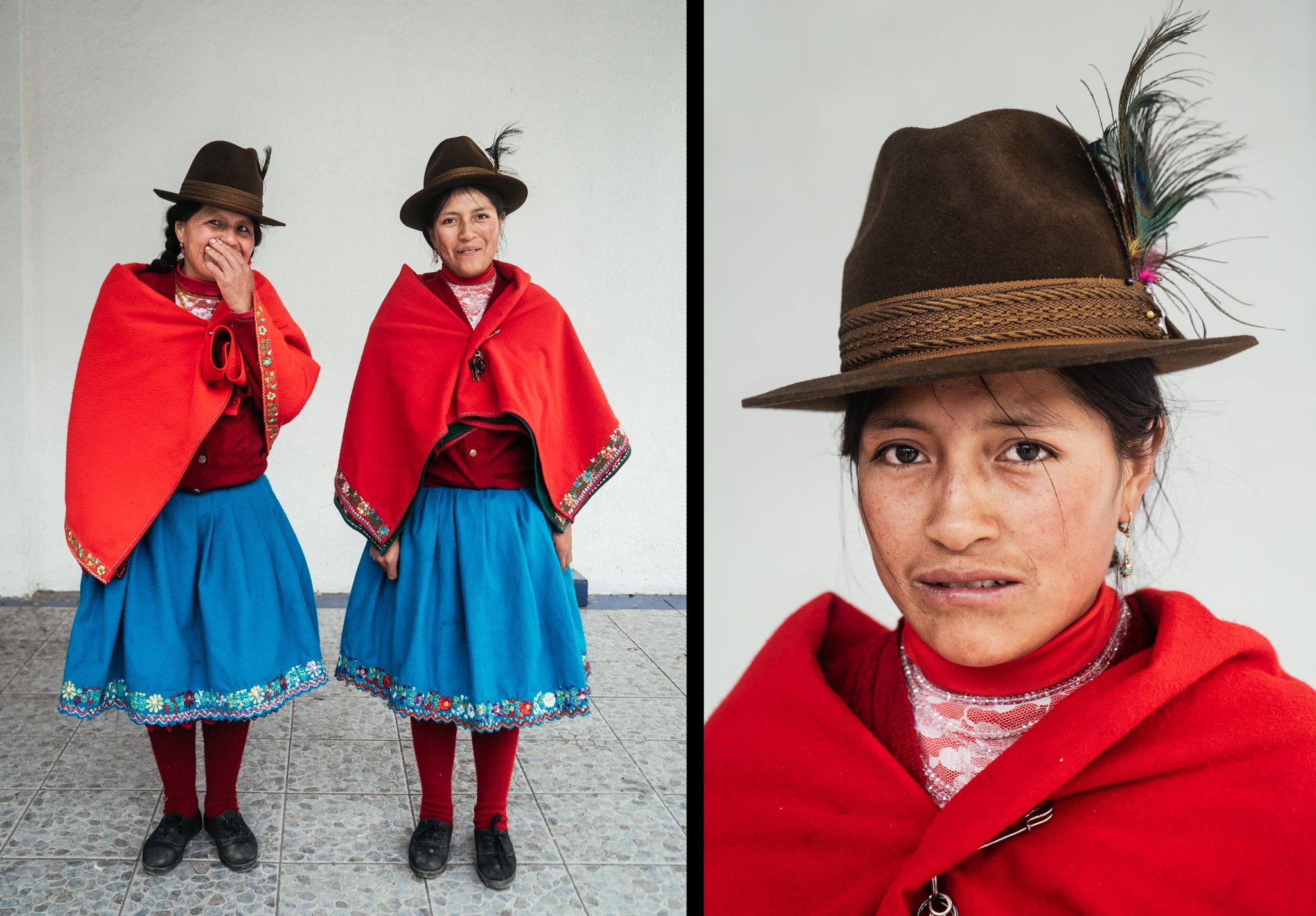 In this region, skirts are mostly in blue or some other bright colour. The heavy square woven cloth (lliclla) that covers their back and shoulders is secured at the front using a sturdy safety pin. The folded cloth acts like a shawl and is worn to keep warm in the chilly Andean climate. Sometimes, they wear multiple shawls on top of each other in the cold weather. Andean people like to use intense colours, such as red, in their clothing. Notice the brown fedora hats (sombrero) which are made of felt and have a peacock feather in it.

A peacock feather is symbolised differently across the world. In some cultures, it is considered as an all-seeing eye while in others, it represents, purity and something which keeps off evil spirits.I had barely taken a few pictures but they said it was enough. The driver of a nearby truck honked the horn signalling the departure. I quickly showed them the pictures on the camera. They giggled and then jumped on the back of a truck. Soon the truck disappeared in the traffic turning the present encounter into a past memory.