Cycling on an isolated dirt road along the River Tablachaca in the northern highlands of Peru, I was stopped by two men who warned me that there was no road ahead and two river crossings were to come.

These men were gold prospectors. They were panning for gold in the river bed. One of them, chewing coca leaves, was digging the muddy soil using a pick and a shovel. He used his bare hands to remove heavy rocks. The other one carried black soil in a sack to a sifter placed in the flowing river water.

The gold dust particles were captured along with the black powdered rock in a sieve. Later, they would use mercury to extract gold from the sand. 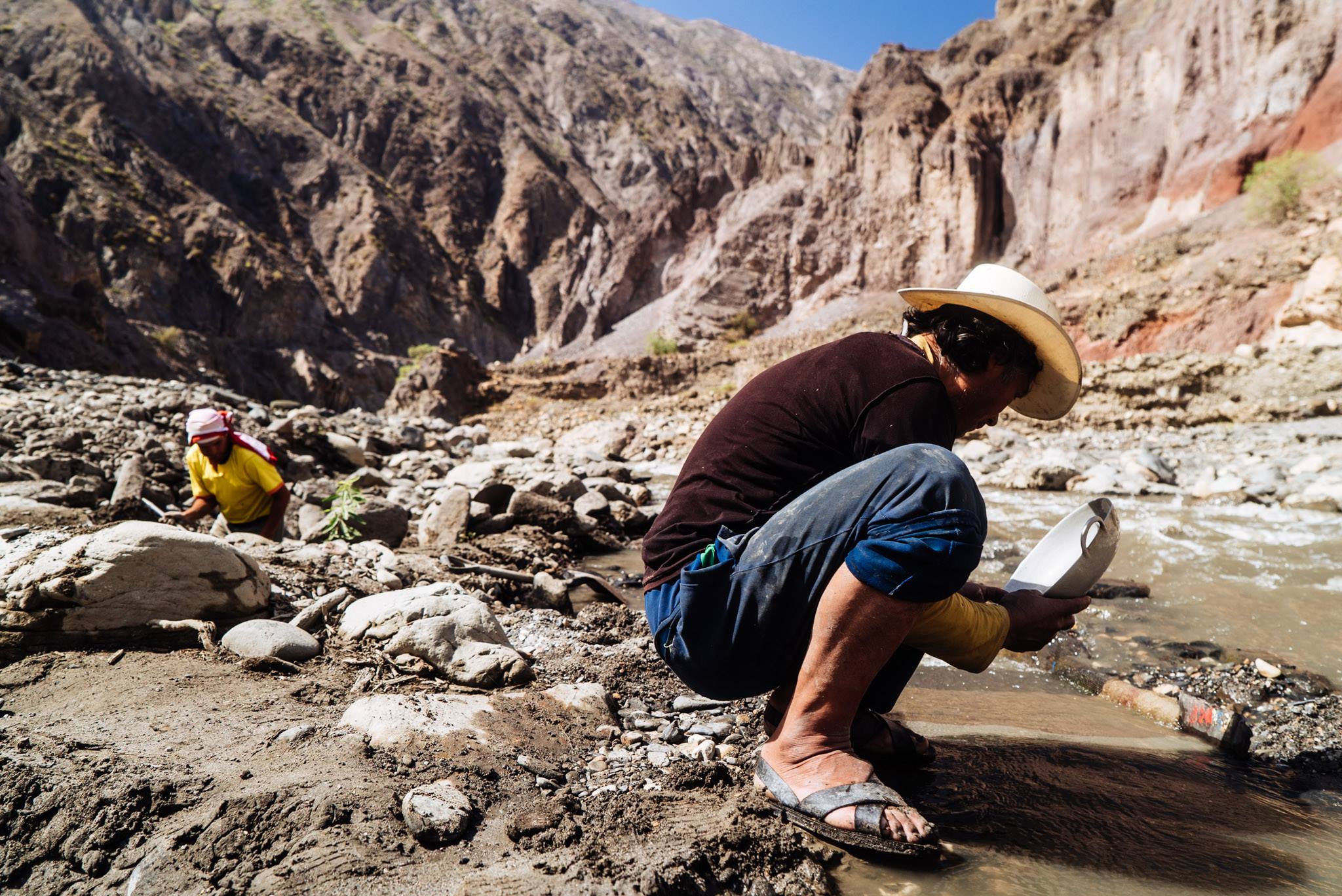 It looked like a very repetitive and physical labour. From their clothes and shoes made from recycled tyres, it didn’t seem they were earning much.

“How much gold can you find in a day?” I asked.

“One gram!” replied the man with the shovel.

“That’s it? In one whole day, only one gram” I couldn’t contain my disbelief.

“That’s really not much for this amount of effort. Why don’t you do some other work?”

“What other work? There are no jobs here. From May-August, there is more gold. We two can find about two grams in a day.”

Known as a land of gold, Peru was a major source of treasure for Spanish conquistadors in the sixteenth century. After conquering the South America, the Spanish captured and shipped tonnes of gold and other precious metals to Spain.

Few hundred kilometres from where these men were working is the Yanacocha mine which is considered to be the second most productive gold mine in the world. Owned largely by a US mining company, the Yanacocha mine has extracted gold worth of 7 billion USD.

And here were two men, working 4-5 hours a day only to find one gram per day. It was probably even illegal.
Where will this one gram of gold end up? About 50% of world’s gold is used in jewellery. In countries like Pakistan where marriage of a daughter without a dowry is almost unthinkable, poor fathers and mothers have to labour for years to buy enough gold jewellery for their daughters so they can get married.

Where did that gold come from? Perhaps by a poor gold miner as well? One man suffered while digging for gold, and the other, while saving to buy it for his daughter’s wedding.