“What Camera Do You Use?”

I have been asked this question so many times on my Facebook page and in emails that I had to add it to the FAQ section on my website and create a message template with the answer in messenger. It is a question that appears without fail in comments on every photo essay that I post—often multiple times. A question that I have answered so many times that now, sometimes even before I can, someone else has already replied to it. The answer; a Sony Alpha 7s and a Sony Alpha 6000! 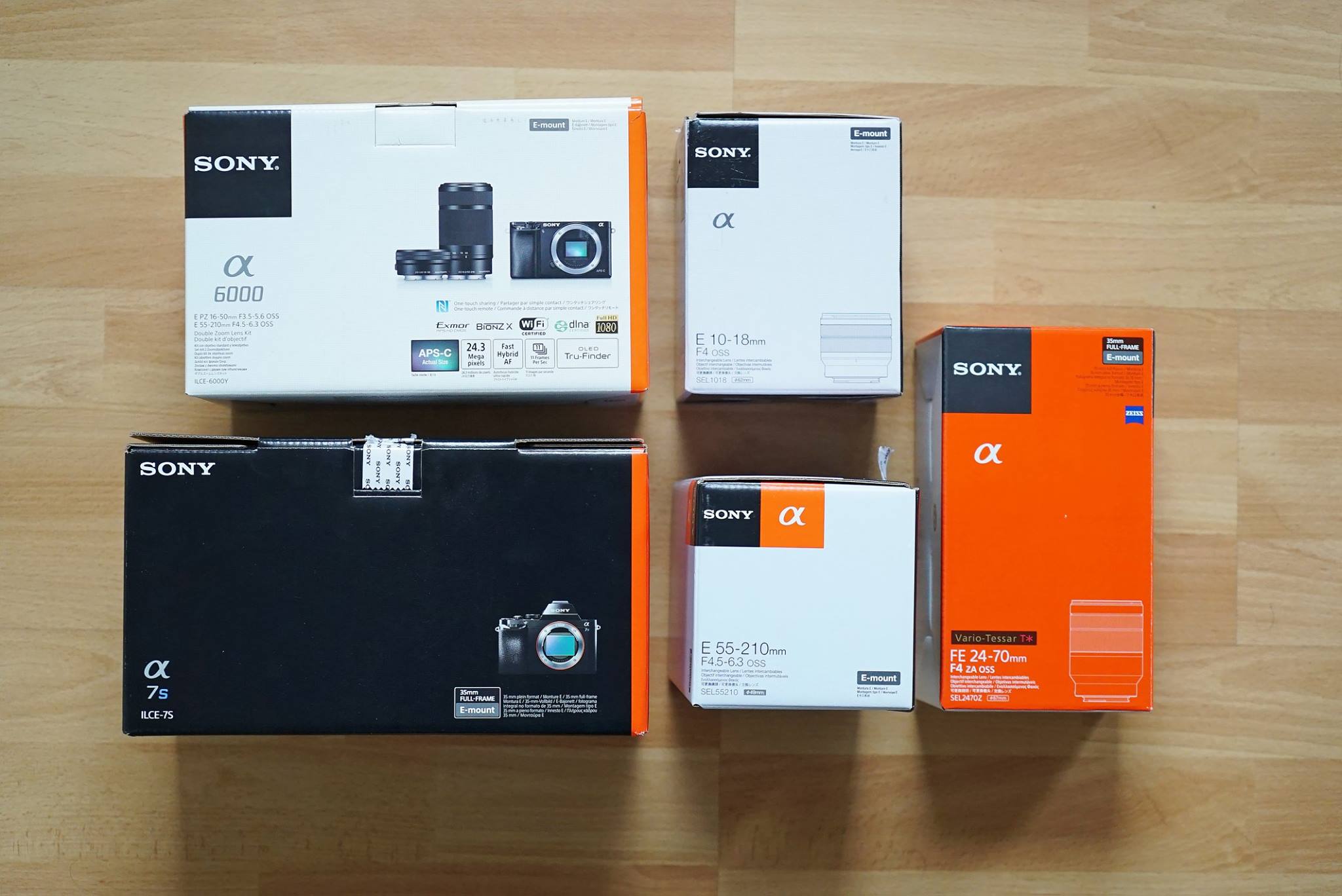 A DSLR user for over a decade, I switched to Sony Alpha mirrorless cameras before starting my world tour by bicycle in early 2015, because of their compact size, less weight, stunning image quality and other features such as installable camera apps. I bought a Sony Alpha 7s camera as a primary tool and a Sony Alpha 6000 as a backup, purchased 3 Sony lenses, fit everything inside the bicycle panniers and hit the road. I first completed a 10,000km journey from Germany to Pakistan and soon after embarked on a 3-year and a 30,000km journey from Ushuaia, Argentina to Alaska. After about 20 months and cycling 17,000 km, I am typing these words from a hotel in Mexico. 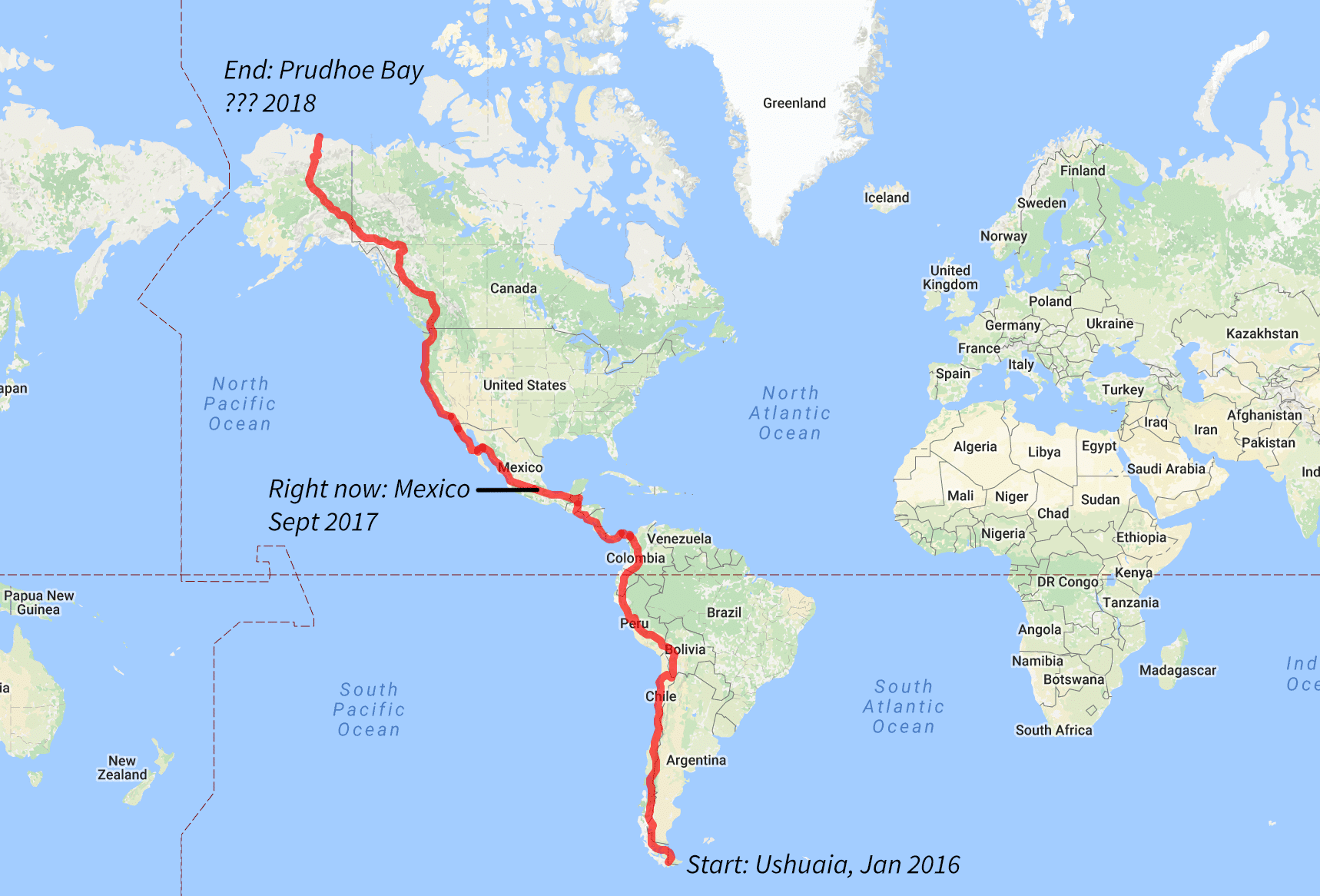 The two cameras have been my constant companions on the road. They have been to 23 countries and travelled over 25,000 km on the bicycle. They have seen deserts, reached high mountain passes, crossed risky torrential rivers and endured bumpy roads and numerous falls.

When I was cycling alone in Bolivia’s wild Altiplano with no soul in sight; when I was camping under millions of stars in the vast lifeless Atacama desert; when I was struggling against the fierce Patagonian wind; and when I reached the highest mountain passes in the Andes, these cameras were the only witnesses I had.

Then, there were the people I met on the road; the Chilean shepherd family that gave me shelter from a bitterly cold evening in their lonely hut at the 4000-m elevation, the Tajik Mujahid who fought fiercely against Russians in Afghanistan, a young Afghan refugee in the bazaars of Rawalpindi, the poor Peruvians illegally digging a riverbed all day long to prospect only 1 gram of gold, the Shaman leading a sacrificial ceremony in the Guatemalan Highlands, the indigenous Andean people from Peru in biblical attire preparing for an apocalypse, the inspirational Colombian artist without arms drawing portraits of people with his feet, the tireless French man walking around the globe, or a beautiful woman proposing to me in Tajikistan, these cameras documented everything.

Not only did I document these experience in pictures, I also published detailed accounts of my encounters with the people. I wrote about the local communities and their customs and beliefs, as well as penned down my own personal challenges during this journey. I did this because I believe that it is the responsibility of a traveller to document experiences and share them with the public as a way to connect them with the wider world. And so, my travelogues are available for free in the form of detailed photo essays and single-picture stories on my Facebook page KamranOnBike with 86K followers.

I am unashamed in admitting my love for these cameras. I recommended Sony mirrorless cameras to everyone. I did this before these cameras became hugely popular, and I continue to do so today. I love them as much as I love photography itself. And that is why I am so worried right now. My journey is far from over but my trusted camera equipment is facing technical problems. I am afraid that the equipment might not be able to take the same kind of pictures as it did in the past, or it might even just stop taking pictures at all.

My Sony Alpha 7s has a multitude of critical problems; the lens mount is very wobbly, once in a while an error shows up that requires a camera restart, at times the exposure compensation wheel doesn’t work, and upon switching on, the camera displays a warning message about attached accessories although no accessories are attached to it. Worst still, are the times when the camera does not react at all even when I press the shutter button for a long time. The rear glass element in my Sony 24-70-mm is loose and moves freely when detached from the camera. The focus operation used to be silent but now it is a bit noisy. The zoom ring on Sony 10-18 lens produces a clicking sound between 12-13mm range as if some internal circuitry has become loose and is blocking the way of moving elements, which can cause further damage to the lens.

Though I am still able to take pictures with this gear I have missed many important shots. The malfunctions in the camera and lenses are only going to get worse over time and can cause the equipment to become dysfunctional any time. If this happens, it is going to bring a halt to my journey. The scale of this tragedy for a cyclist-photographer on a world tour to document cultures, places, and experiences is unimaginable!

As it becomes increasingly evident that I will soon not be able to capture high-quality images that have been the distinctive feature of my travelogues, I am scrambling to learn more about my options.

I have learnt that there is a Sony Service Center in Mexico City where it might be possible to get the camera and lenses fixed, but I fear for the high costs. The last time I checked with the Sony Service Center in Santiago, Chile, a price tag of 700 USD was quoted just for the repair of the wobbly lens mount. Considering the added number of critical problems now, I am not sure if everything can be fixed in time and if I would be able to afford the repair costs at all.

My followers are aware that I have been low on finances. As a matter of fact, I had to initiate a crowdfunding campaign just to be able to continue my journey. The campaign has barely managed to do that. And it isn’t really possible for me to purchase new equipment. I can, however, offer my work—original photographs of people, places, cultures and full stories in exchange for some support in this regard.

Over the years, I have tried to contact you a number of times, hovered around Sony Global Imaging Ambassadors program and wondered if you may be interested in some of the work that I do, perhaps in exchange for fancy new equipment. Unfortunately, I could never get a response back from you.

I thought long and hard before reaching out to you again through this open letter. I am hopeful to get a response back this time. Hopefully, after reviewing my work crafted using the Sony cameras you are going to help me out in this matter by either offering a repair service or replacing my equipment.

In 1998, Sony introduced a new corporate slogan, “Do you dream in Sony? We help dreamers’ dream.” At the age, when my friends and peers are moving up the ladder of career and starting their families, I took a leap of faith, quit my hard-earned job, risked professional career, and left everything behind to pursue my vision. I dared to dream in Sony. Now here I stand, wondering if you will help this dreamer achieve his dreams?