Skip to content
In Tajikistan, I almost tied knots with the lady in the background.
While cycling the Pamir Highway, I made a short stop in a lush valley to pick black mulberries from the trees. Nearby, a family was sitting on the ground having a meal. As I was tasting fresh mulberries, two women from the family approached me. After greetings, the older one asked me how old I was and if I was married. I answered her in broken Tajik. She pointed to her niece and asked if I would like to marry her.
I looked at her niece. She nodded to me. They both looked serious. I am a very shy person but immediately said, “yes!” After a little pause, I continued, “but you see I am a Musafir (traveller) without a home. What will happen to you when I am on the road?”
She said, “I will come with you on a bicycle. I also have a horse. I can join you wherever you go.” 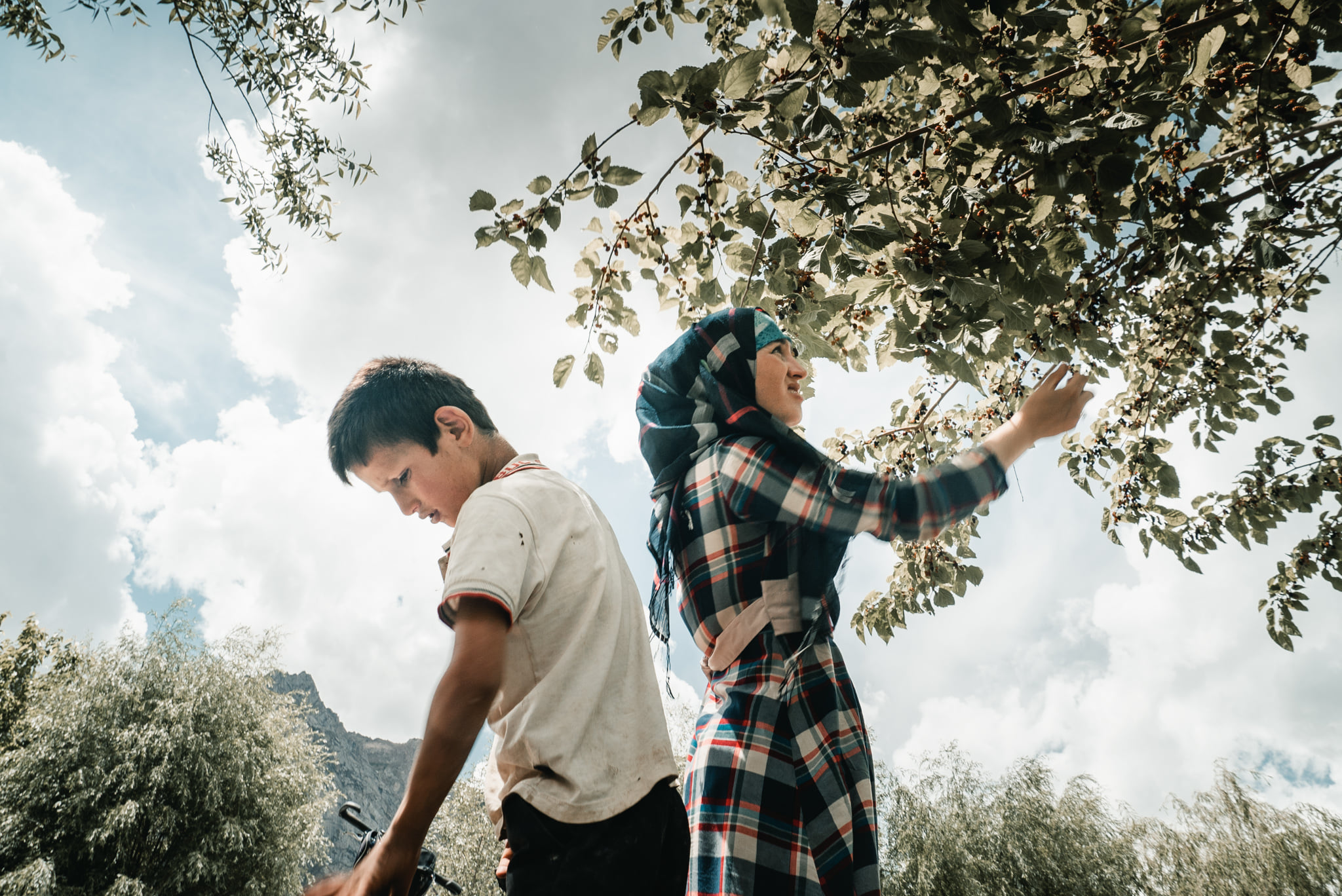 I looked around. There were fruit trees everywhere. Behind them was an agricultural land and behind them, tall mountains. It wasn’t a bad place to get stuck for life. My kids would run around in this open space while I would work in the fields with my Tajik wife. “But, how would I tell this to my family in Pakistan to whom I have always maintained I would never get married, and which people I should invite to my wedding?” While I pondered those questions, the young lady asked, “do you pray five times a day because I do, even Tahajjud?”
Her question jolted me awake from a beautiful dream. I couldn’t lie. She said she would only marry a devout Muslim who did not miss his prayers.
“But I like your beard. You should grow it longer.”
When I told her I am from Pakistan she raised her right hand towards her face and said, “Salam Pakistan!”
I sat with the family for a while. They served me tea and bread. The could-have-been-my-wife plucked black mulberries for me and gave me a handful of apricots to eat for the rest of the day.
I left with a bit of heavy heart and during the whole way I was thinking if I had missed a golden opportunity of marrying a Tajik girl. One thing was certain though, I needed to offer all my prayers and grow a longer beard if I were to marry in Tajikistan!