Near Andahuaylas in Peru, the Los Israelites (read the previous post) observe the Sabbath from Friday evening to Saturday evening. On this day, they observe abstinence from the work and take part in the community celebration and worship.

At the end of the Sabbath day, they sacrifice a one-year-old lamb to the God. The animal is slaughtered, skinned, cleaned, and rubbed with olive oil and salt oil before being burnt into a large fire on an altar. The burning is a way to transform the sacrificed animal into smoke and a sweet odour which the Deity can enjoy. They believe that the Deity is aethereal and, therefore, would appreciate an aethereal gift more than the solid flesh of an animal. The head of the animal is also placed in the fire. This is considered to be an ultimate sacrifice because the whole animal is offered to God. 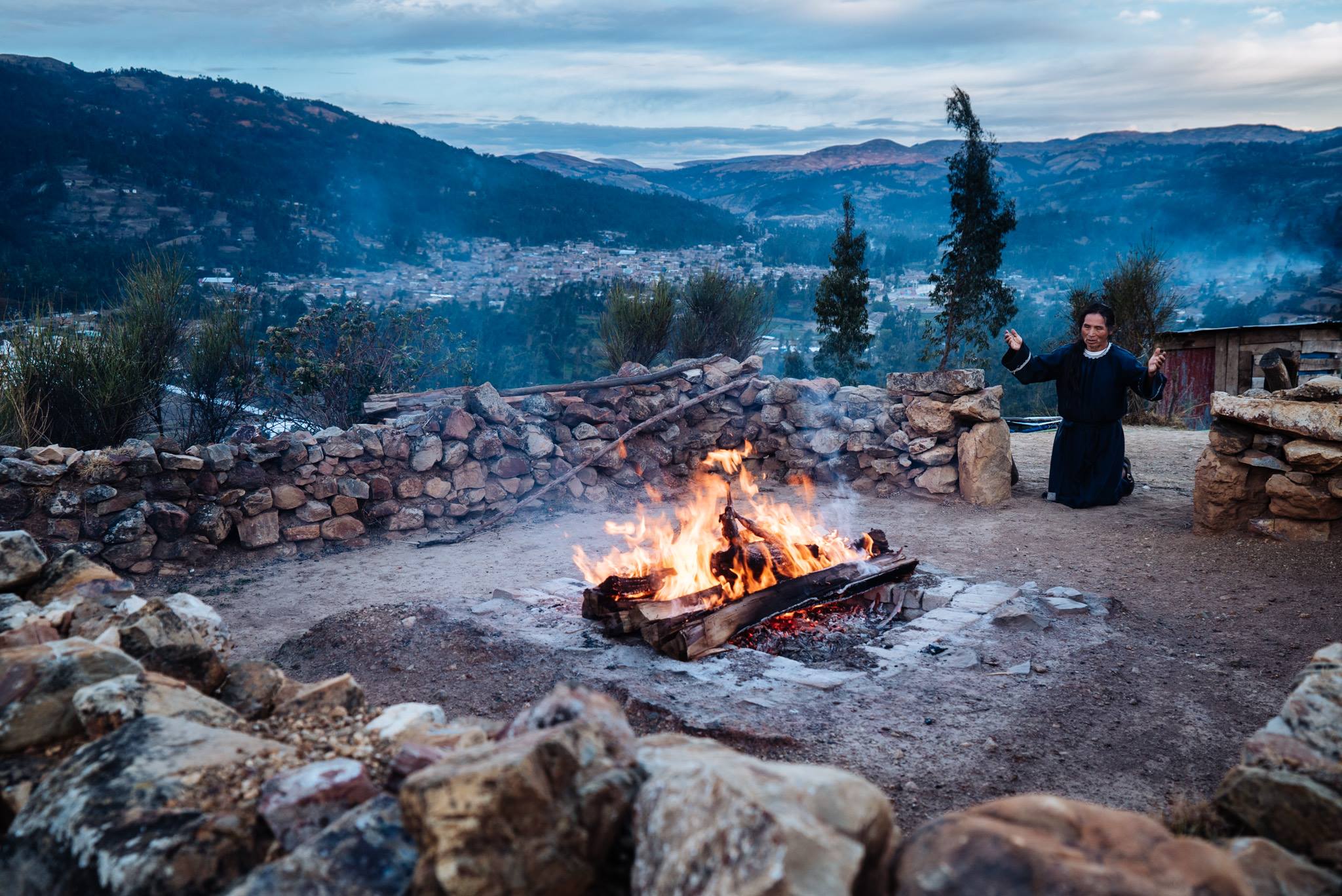 As the animal is burning in the altar fire, there is an odour of the flesh burning in the air. Men and women sing songs of prayers in the diminishing light. The whole valley is echoing with their lively chants. Super moon slowly rises from behind the mountains to witness their act of devotion.

After the sacrifice, the devotees break their 24-hour fast by having a salty soup. The songs of prayers and musical chants continue throughout the night. The festival is going to last for seven days and is meant to connect to God through religious activities.

I have been to this place last week, but two days ago, I came back to attend this festival. After reaching Ayacucho, I left my bicycle at the hotel and took a bus and returned to Andahuaylas, the same city I had been to a few days ago by bicycle. Yesterday I attended the first day of the festival where I took this picture.