In Marand, I was was in search of a hotel and made a stop at a corner vegetable shop to ask for the directions to a hotel. The shop-keeper stopped a motorcyclist on the road and explained something to him. I was asked to simply follow the motorcyclist. After about 5 minutes of cycling, we were at a grocery shop. The motorcyclist left the place without saying a word. I was totally baffled as there were no signs of a hotel. Upon a closer look, I saw a “Warm showers” logo on the shop, which is online community for hosting touring cyclists. 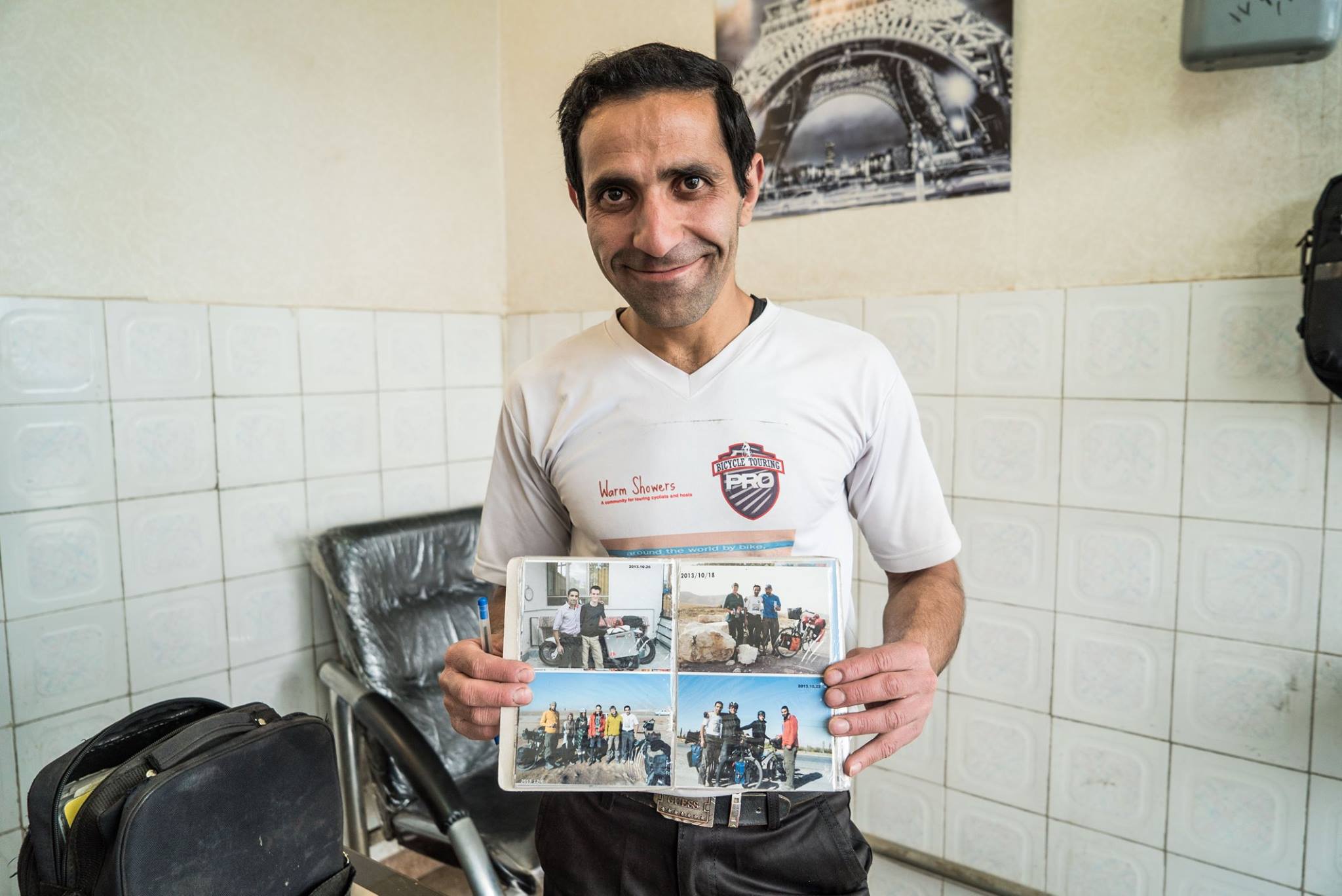 The shop-keeper asked me to wait while he spoke to someone on the phone. I was even more confused. After about 10 minutes someone with the “Warm Showers” T-shirt appeared. The face looked somehow familiar to me.

It was Akbar Naghdi, the legendary Warm Showers host in Iran!

I had seen his pictures and posts on Warm Showers Facebook page. Akbar is a prime example of superb Iranian hospitality. He is very kind, humble and caring. He has been hosting cyclists from all over the world since year 2013. No cyclist can escape Marand without seeing Akbar. Everyone in Marand knows him. Even the truck drivers on the route know him. In short, all touring cyclists on the roads leading to Marand will somehow end up being hosted by Marand. I was his guest number 534! which is unbelievable number. Thank you Akbar!

Akbar loves running. He wants to participate in the Sahara Desert Marathon in Morocco in 2016.