After a schoolgirl is married off at the age of nine, she leaves behind her life in pastures and sets out on a long journey to become the first graduate woman of her remote village. 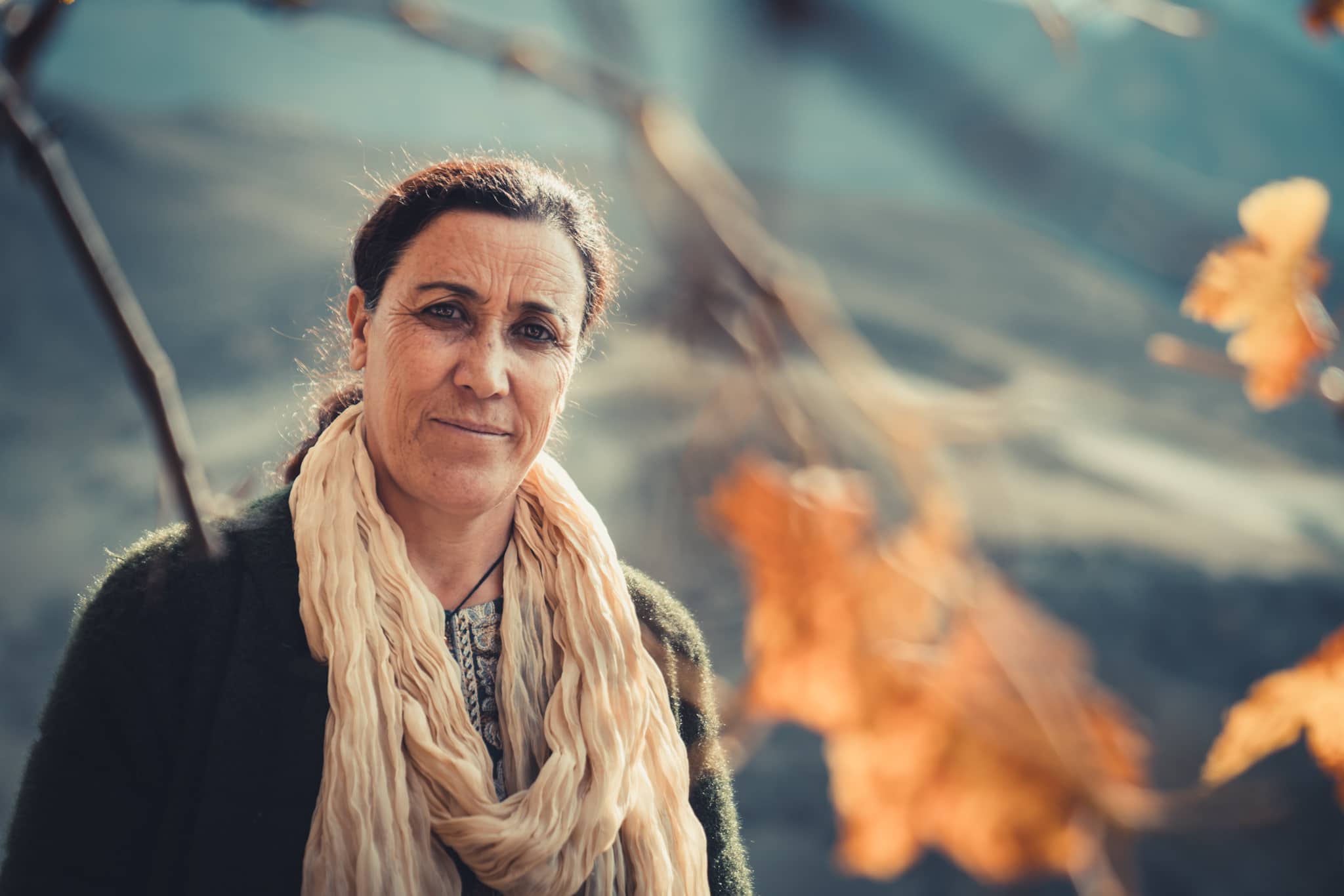 Tucked away in the mighty Karakoram mountains of Gilgit Baltistan–Pakistan, there is a village called Shimshal which people know as the Valley of Mountaineers. Till 1974, there was no school for girls there. When Aga Khan Education Service established its first girls’ school in the valley, around 30–35 girls came to study there; Hussn Bibi being the youngest of them all.

“Our school didn’t have a proper building in the early days, and we used to have classes in Jamaat Khana (place of worship). There were no books, copies, pens or pencils available either. We would use clay ink to write on wooden slates. It was common in those days for girls to get married at the age of twelve to fifteen. About thirty to thirty-five students from our school got married one after another and dropped out of education.”

Hussn was in class two when she too got married at the age of nine. Her husband was thirteen.

“My life after marriage was tough. My in-laws were very hard working. People used to call them Chinese because of that. They gave me a hard time too. I used to help them with chores, land farming and looking after the animals. I would gather firewood, spin wool, and wash clothes by hand in cold water, even in winters. Before they had asked for my hand, my in-laws had promised to my family that they would let me continue studies, which they did, albeit without much support.”

For the first six to seven years of her marriage, Hussn spent summers in the pastures at 4,900m elevation. Whereas, in winters, she would go back to the village and attend school.

Once, Hussn was in the pasture with her sister-in-law looking after their animals when they found out that some goats were missing. A snow-leopard had killed them. It got dark while searching for them, and the two girls had to spend the night in the open wilderness by the river.

“I was cold and hungry. We had no sleeping bags and food. I was scared. I kept staring at the moon for a long time remembering my mother. On that night, I decided I would never come back to this place, and that I would study to become something.” 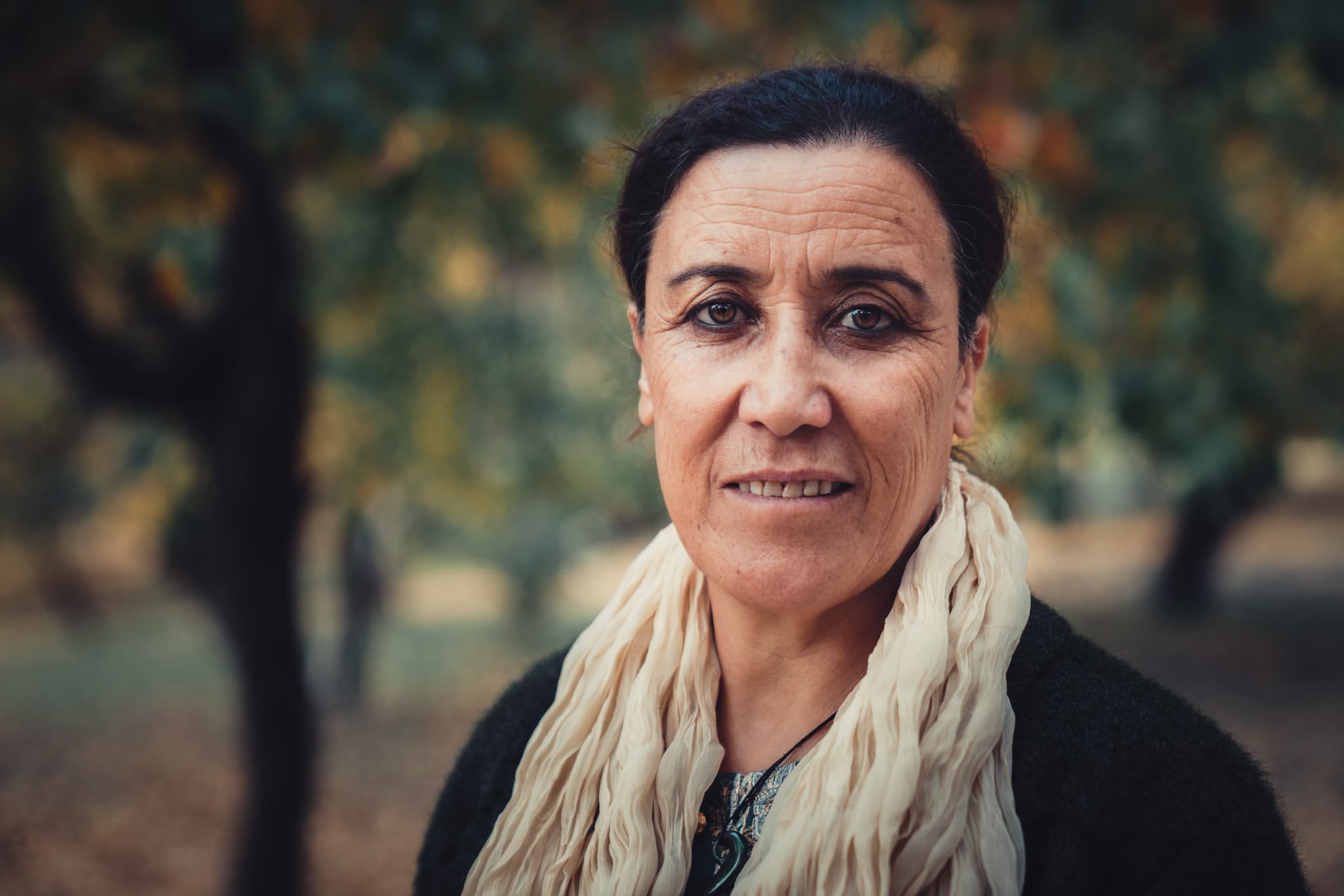 Back in the village, she pursued her education despite a difficult marriage. She went to school till grade 5 and then had some coaching classes till 8th grade.

“At school, my role model was Ustad Aman Ullah. He was not only our teacher but also a friend. We used to discuss every problem with him, and he would guide us. Daulat Amin also helped us a lot. He paid a lot of attention to girls’ education.”

A few years later, Hussn passed matriculation as a private student and became a teacher for Aga Khan Education Service. In the meantime, she kept studying at home. “My favourite subject was Mathematics, but nobody taught it to me.” She completed intermediate and bachelors becoming the first graduate woman from Shimshal. She accomplished all of this without ever attending a college or university. Between 1987 and 2003, she travelled to Hunza many times to take exams.

Back then, there was no road link between Shimshal and the Karakoram Highway. So, she had to travel by foot on a rough pony track for three days to get to Passu. Her elder brother, who was a teacher, would accompany her on this journey. They would stay in shepherd huts dotted along the way. It was a dangerous trek with multiple river crossings. From Passu, they would take a jeep to Karimabad, Hunza where they would rent a place to stay for the duration of exams.

“I didn’t have books and would borrow them from my friend Fatima. I didn’t have good clothes either. My sister-in-law lent me an outfit that I used to wear every day in Hunza. At night, I would wash it, and the next day, I would wear it again.”

After the exams, she would walk back to Shimshal, hauling 20–25 kilos of supplies on her back. 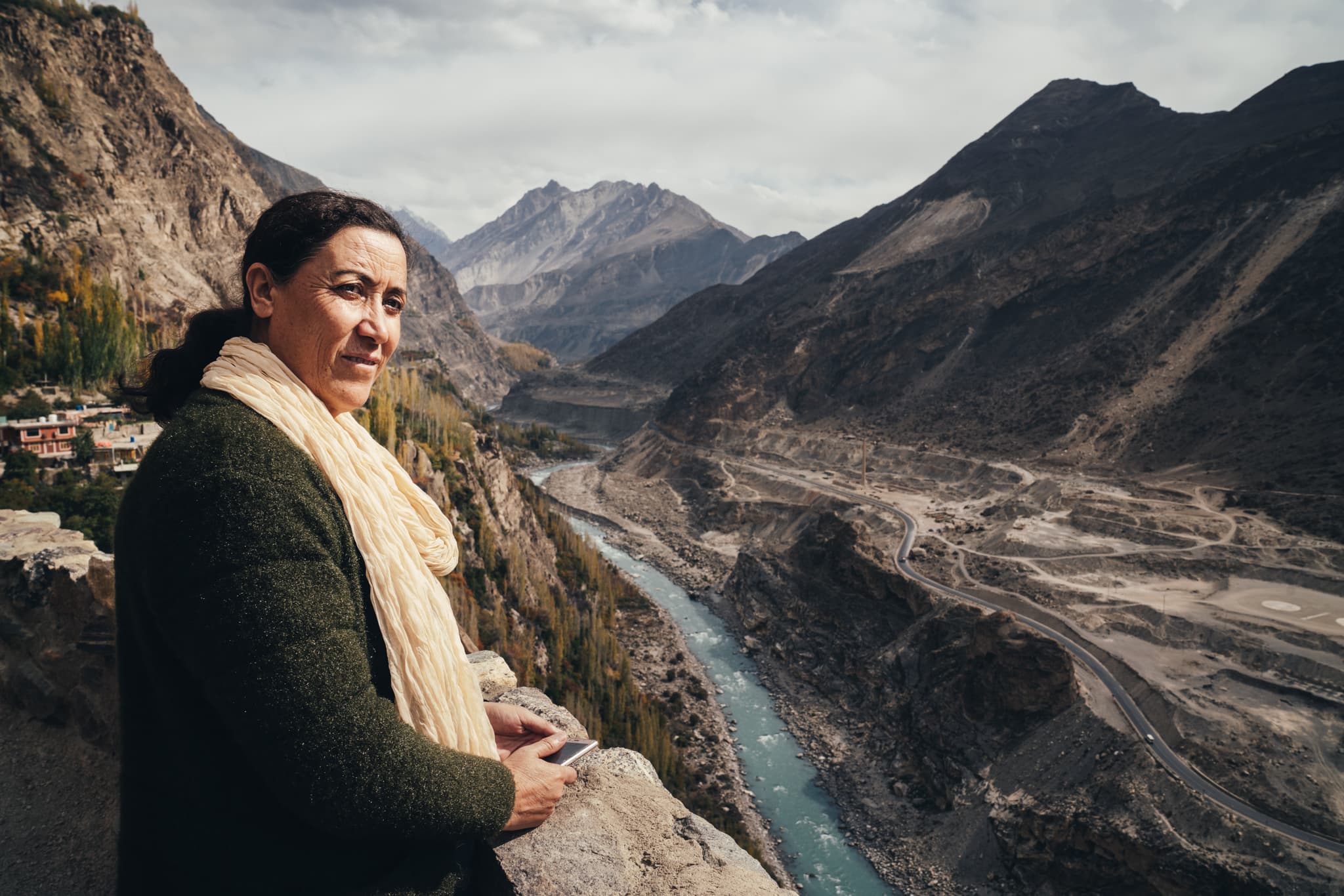 When Hussn was teaching in Shimshal, she worked with a volunteer teacher Pam Henson from New Zealand. Pam arranged a scholarship for her to study in New Zealand. In 2003, Hussn became the first Shimshali woman ever to have travelled abroad. She spent a year there studying English and passed the IELTS exam with good grades. She considers that time to be the most memorable, as she experienced a different life there.

Upon returning, Hussn resumed teaching in Shimshal. After 21 years of teaching, she is now the warden of a hostel facility in Karimabad for Shimshali girls studying away from their village.

“The quality of education in our areas is not at par with the modern standard. Our students have access to only a limited number of subjects for higher education. They deserve better colleges and universities.”

Many things have changed during the fifty years of her life.

“In our days, there was no trend of girls’ education, but now all girls go to school. There are no early marriages, and parents support their children in everything. But our younger generation, especially boys, don’t have the passion like we used to have. If I had the opportunities they have today, I would have gone very far.”

Thirty years ago, Hussn had to take a three-day arduous journey on foot to come to Hunza. She had to borrow books and clothes for exams and rent a place to stay. Now, she has an office here with Pakistan’s flag behind her on the wall and the view of 7,788m tall Rakaposhi Peak from the window.

About eighty underprivileged girls, mostly from Shimshal, reside in her hostel in Karimabad. Unlike Hussn, they don’t have to walk for three days to take exams. They have a place to stay, enough clothes to wear, a small library and a computer lab to use with an internet connection.

“Opportunities are waiting for them. The world is theirs. Their parents faced the same difficulties as I did. Now it is time for these young girls to fulfil their dreams, and do something for their families, village, and the country.”