Today I entered my next country El Salvador along the route. It is the 39th country I am travelling by bicycle. At the eastern border of El Salvador, the Goascoran River divides the country from Honduras. A bridge over the river connects the two countries at Amatillo. Crossing the border was a breeze. No questions asked, except at the El Salvador immigration, “is it your first time in El Salvador?” The officer then typed my data in the computer and returned my passport. Even no stamp in the passport was needed. 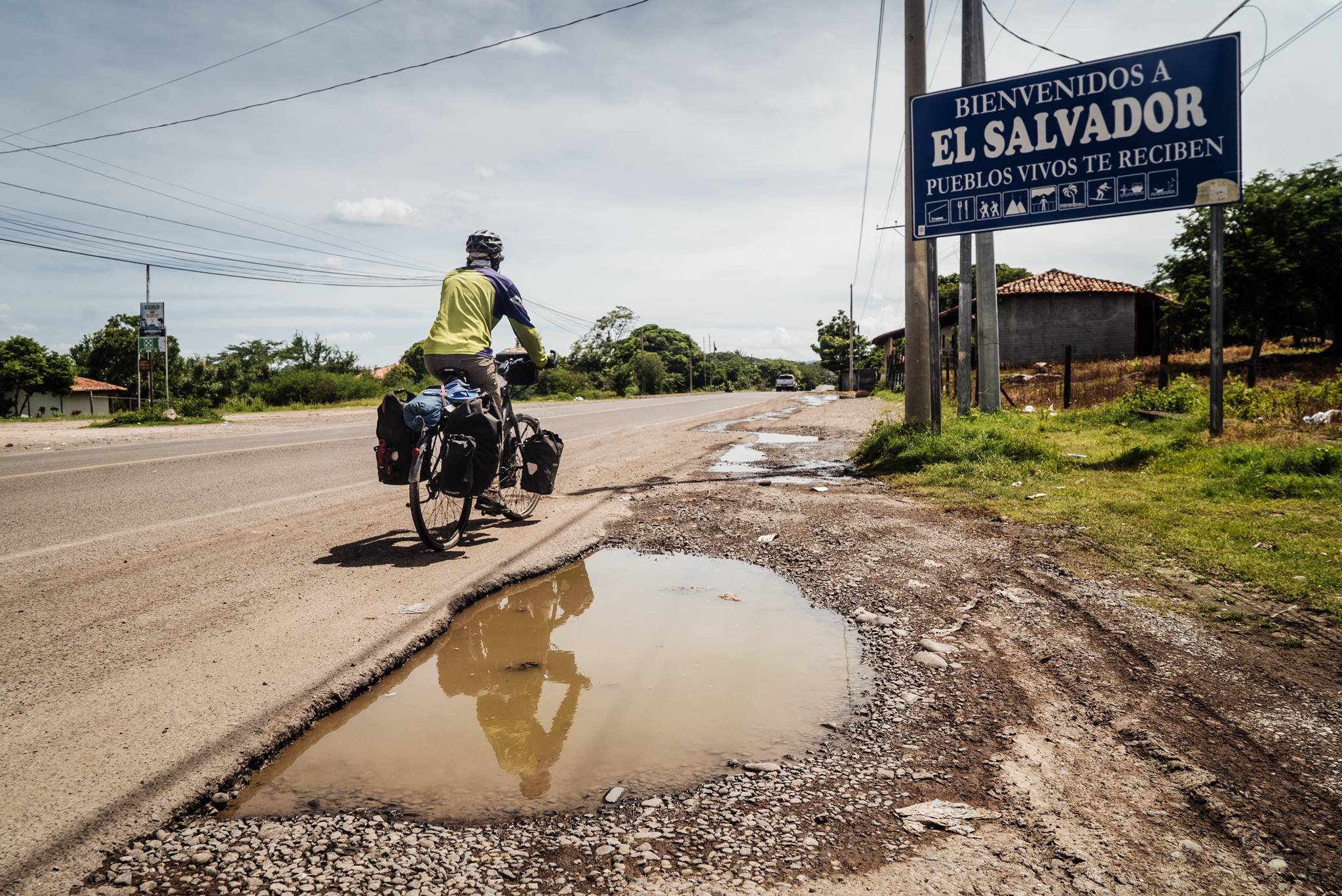 Is a visa-free world imaginable?

Before the World War 1, visas were not required for travelling from one country to another. The passports were the only travel document required. Today, many countries are building walls along the border and tightening screws over immigration and visa policies, thus restricting the movement of people. The root cause is the concept of nationalism which though has the power to unite the people of one country but, on the other hand, creates a divide among people from different countries. When it comes to the travel, the immigration officer doesn’t care who you are but which country you are from. Even the common people from one nation treat people from other nations based on the image of the nation without wasting time to know the individuals. The irony is that though the nationalism only exists in our imagination it is more powerful to us than the objective reality, think humans on both sides, similar dreams, fears and needs.

How can we change it?

By travelling consciously. Travel enables us to bust the bubble in which we have been forced to live and which prevented us from seeing what is outside. Travel is a way to create an empathy with other people on the individual level and learn that we are not different or special than the other humans living in a different part of the world. But such learning can only take place if we leave our nationalism at home when we depart for travel.

Nationalists only thrive because of the nations. They don’t want you to travel and love people from other nations because they are afraid once the people realise that they are all the same, the concept of the nation will collapse. That’s why they like to restrict people movement and introduce a visa vetting process and reinforce the idea of putting their nations first before others.

So now, more than ever before, it is the duty of those who have the privilege to travel abroad to report faithfully their experiences of travel and educate others that the biggest challenges that our world faces today cannot be solved by individual countries but by us all and that we need unity much more than division. Once we realise that such imaginary boundaries between countries are not needed the visa-free world might become a reality.