Today I crossed into Mexico (my country#42 by bicycle) and finally began my ride in North America!

The border crossing between Belize and Mexico is located on a river bridge. I rubbed my eyes when I saw the “Welcome to Mexico” sign over the bridge. It has taken me about 20 months of cycling to get here. I stopped at this landmark to record this historic moment. I took a couple of test shots by putting the tripod right in the middle of the road and framing the “Welcome to Mexico” sign in the photo. The pictures didn’t turn out good so then I setup the tripod on the bridge to get a creative angle. Soon after, I was spotted by border guards who caught me red-handed with the camera on the tripod. They told me that taking pictures on the bridge was not allowed. There was a check post right after the bridge (hidden behind the vehicle). This border crossing had the tightest security of any border I have crossed in Latin America. There was military presence, a couple of armed military boats in the river, high fences, CCTV cameras and all. But the border guards were friendly. They politely asked me to show the pictures on my camera and although I had a couple of pictures of the bridge including this picture, they did not ask me to delete them. I apologized for my ignorance and headed to the Mexico immigration office where I was given an immigration card to fill up personal details. Then, the officer stamped my passport and gave me 180 days without asking any questions. 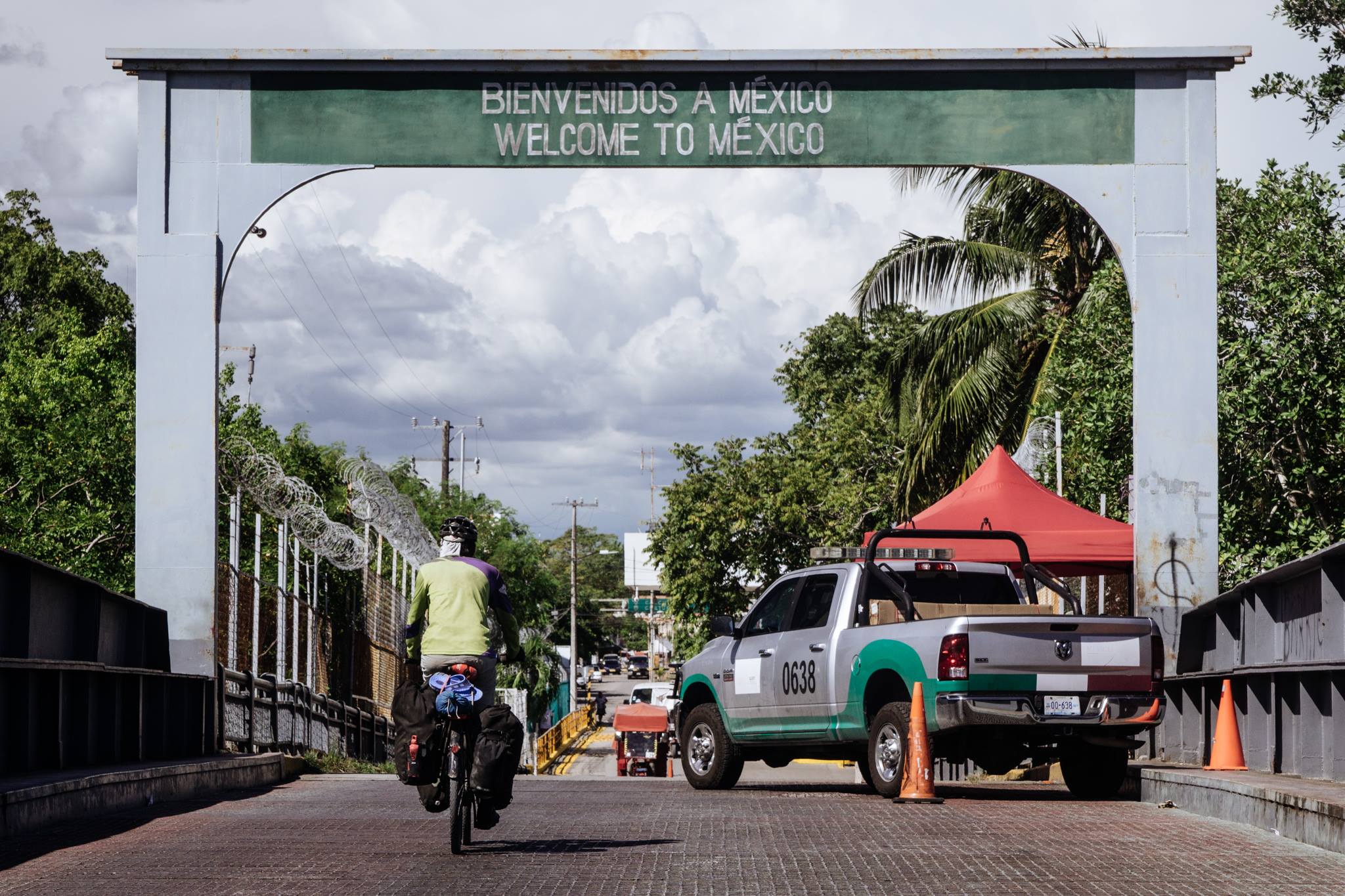 From there, I went through a quick luggage check and was finally unleashed into the Mexican territory!

I couldn’t believe I had come this far. Mexico was the only country in Latin America I had heard so much about and was looking forward to cycle, but it was so far that I never really got the time to plan my ride here. Now, I was suddenly riding in Mexico. It truly felt like a dream—unexpected and exciting!

In contrast to Belize, where the road leading to the border was narrow and lackedhard shoulder, Mexico had a four-lane wide road with generous hard shoulders on each side of the road. The true Latin American spirit was back, along with people showing more courtesy towards strangers. The Spanish language was back too. I realized that I was able to switch to Spanish with much more ease than when I had to switch to English upon entering Belize.

In deep excitement and joy, I pedalled hard and fast like I was riding a bicycle for the first time in my life. I had forgotten the blistering heat under the sun. Instead, the sun was shining at me like a spot light on a stage.