When the western world was going through the Dark Ages, Islamic civilization was at its brightest. There was one particular place in Central Asia which became the world’s leading centre of science, medicine, and philosophy during that period.

Today this place is called Uzbekistan. Ushering in the Golden Age of Islam, its cities Bukhara and Samarkand were the centres of Islamic civilization with the greatest scientific thinkers.

Uzbekistan is the land of Musa al-Khwarizmi, father of the modern Algebra, and the land of Ibn-e-Sina (Avicenna), the father of the early modern medicine. It is also the home of Amir Timur (Tamerlane), one of the greatest military leaders, whose territory spanned from Turkey to Delhi. His grandson Ulugh Beg established an enormous observatory in Samarkand which made considerable contributions in observational astronomy. He also built a Madrasah transforming Samarkand into a great cultural and scientific learning centre. Amir’s great great great grandson Babur (also born in Uzbekistan) went on to found the Mughal Empire which then ruled the entire Indian subcontinent for over three centuries.

Uzbekistan is also the birth and resting place of Imam Bukhari. His book Sahih Bukhari is regarded by Muslims as the most authoritative book after the Quran.
For Uzbek people, Mullah Nasreddin was born in Bukhara. He was a Sufi satirist known for his witty anecdotes which contained bits of wisdom. I grew up reading his jokes translated in Urdu. Here is one of my favourite anecdotes about him. 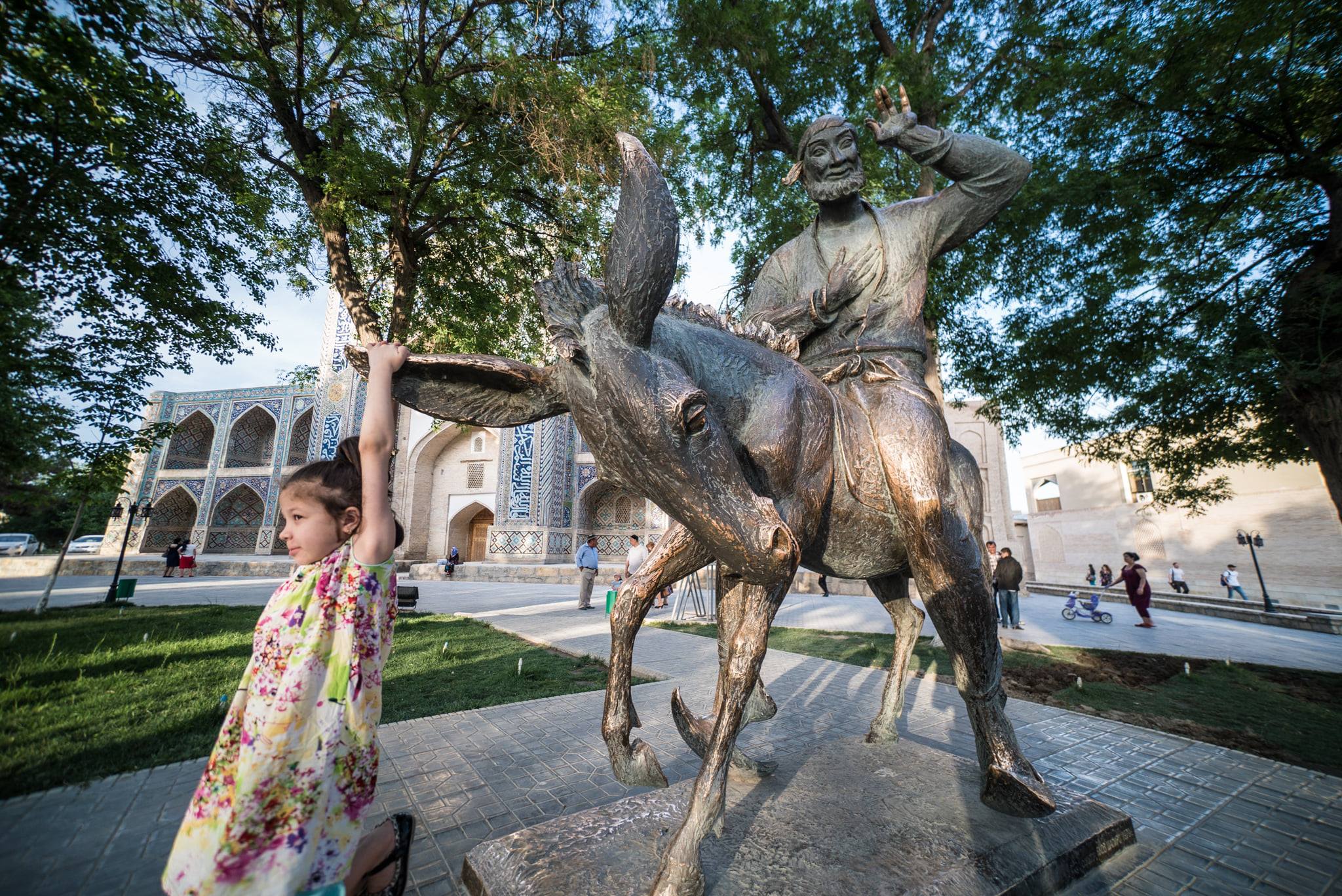 A neighbour came to the gate of Mulla Nasreddin’s yard and asked to lend his donkey. The Mulla didn’t feel inclined to lend out the animal and answered, “I’m sorry, but I’ve already lent him to somebody else.”

All of a sudden the donkey could be heard braying loudly behind the wall of the yard.

“But Mulla,” the neighbour exclaimed. “I can hear it behind that wall!”

“Whom do you believe,” the Mulla replied indignantly, “the donkey or your Mulla?

I cycled through Uzbekistan in 2015 as a part of my bicycle journey from Germany to Pakistan. As much friendly and hospitable this country is, it’s police and immigration officers gave me the hardest time in my entire touring history.