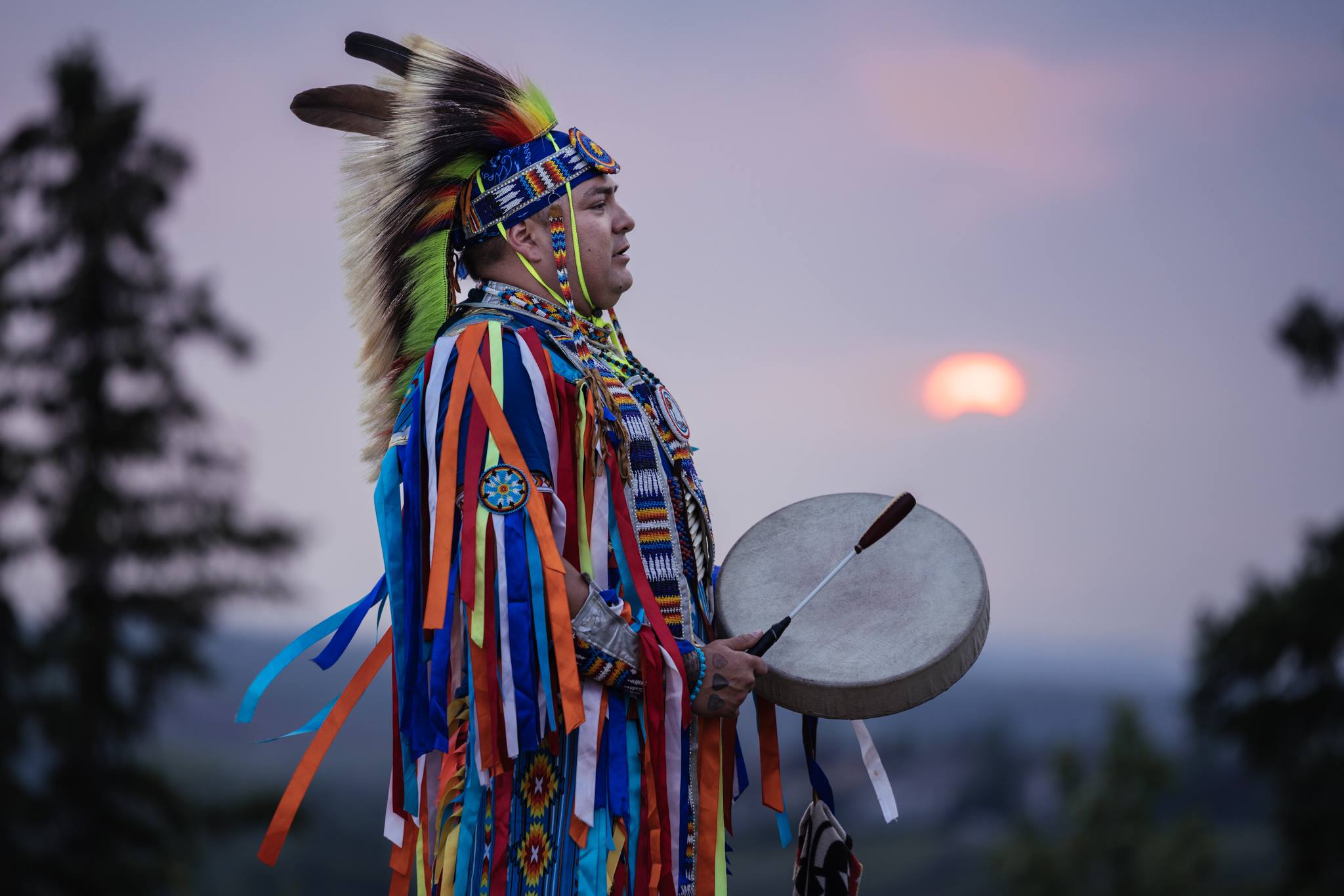 Then we put down tobacco and put a ceremony out to honour those animals every time we play and sing. In some of our tribes, we believe that women are too powerful for the drum. One of the stories I heard is that the first beat we hear as human beings, no matter what race you come from or whether you’re a boy or a girl, and the first song that we hear goes like this—lub dub, lub dub, lub dub… We call this the heartbeat of the mother earth. This is this first sound we hear from our mother’s chest when we are growing as human beings.

It’s the first rhythm that we get used to. In some of our tribes, we believe that the women don’t drum because they are the drum!”

Curt Young is a performer and an indigenous dancer. He is a Cree which is one of the last groups of First Nations in North America.

Curt Young is a grass dancer. Grass dance is a traditional style dance that the First Nation people would use back even before they had powwows which are native ceremonies for feasting and dancing. It was the dance they would do to bless the ground before they would set up their teepees in the villages.

Not only that, the grass dancers had very strong feet. Their feet would actually detect where the rocks were and all the places where the teepees shouldn’t be put up. It was basically to map out and honour that ground. At powwows, they would get the grass dancers to dance all over the ground before the rest of the dancers just to bless the ground and bring good vibes and good energy into the powwow. Curt discovered grass dance four years ago. When he was growing up, there was a high gang where he lived.

His parents decided to move him away from a family that would have taught him his culture. He got into dancing and indigenous culture very late, but now through indigenous music and dance, he can express more and feel more about his culture.

“Why did you choose grass dance amongst all other forms of First Nation dances?” I asked Curt.

“I had a friend who was a designer of powwow outfits and regalia. She said to me, ‘I want you to dance and depending on how you dance I am gonna make you an outfit.’ She put on a song and I started to dance just in my own way.

No one had ever taught me. After seeing my dance, she said, ‘you are a grass dancer!’ I didn’t choose the grass dance, instead the grass dance chose me!”
Watch Curt play hand drum and sing: