“It is unfortunate that mountaineering has no value in our country. Everywhere I go, I have to tell who I am and narrate my achievements. In other countries, mountaineers are considered as heroes and don’t have to introduce themselves.”

When there was no jeep track, Shimshalis used to carry supplies from Passu to Shimshal. Several factors, including, high-altitude, active lifestyle, organic food, the genes, all helped these people become tough. As there are not many options to earn money in Shimshal, locals turned to portering to earn a livelihood. Their strength, stamina, and bravery made them ideal candidates for mountaineering.

Fazal Ali started as a low altitude porter at the tender age of 13 in 1989 when he accompanied his cousin from Passu, Hunar Baig, on a trek to K2. Unfortunately, the group couldn’t make it to the basecamp, forcing Fazal to return to Skardu. Soon he found another job with a German group and carried their load to Trango Towers (6,286m). Impressed by his brisk walking, the expedition members asked him to come along to the higher camp. He had never climbed before, but with some equipment and quick training, he made it to Camp 1. On the descent, he rappeled down, something he had never done before.

“I barely made it to the bottom. After that, I decided that I would learn mountaineering properly.” 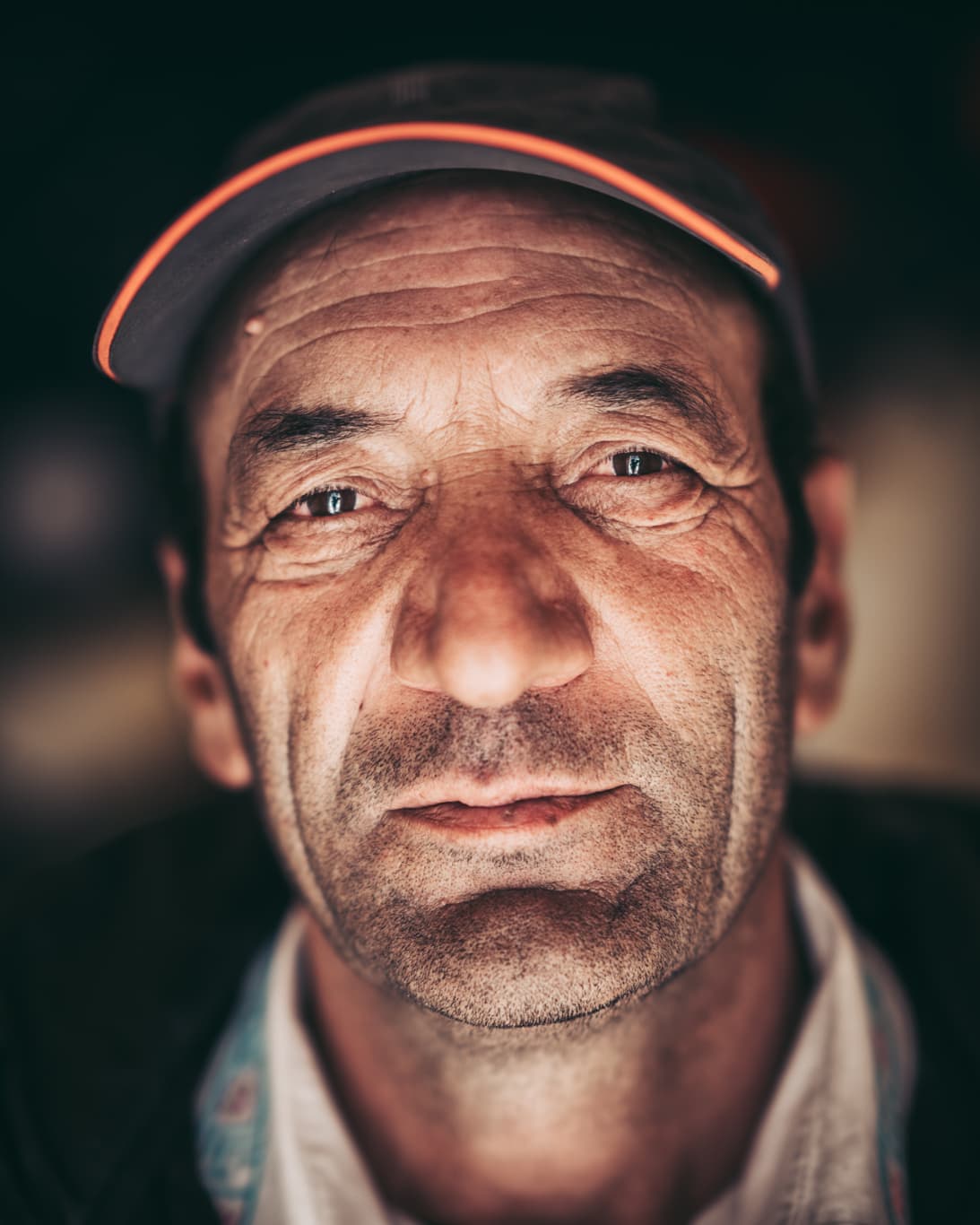 “People come to our mountains and don’t allow us to summit.”

In 2002, a tour operator invited him to join a Spantik (7,027m) expedition. The company organized a training session in which Fazal learnt climbing techniques from two foreign climbers. The mission was successful.

In 2006, he went to K2 for the first time with a Japanese team. He had reached a significant height of 8,000m, but the expedition leader decided that only Japanese members would push for the summit.

“He didn’t allow Pakistani HAPs to climb further, so we returned after crossing Bottleneck. It was heartbreaking. People come to our mountains and don’t allow us to summit.”

When Fazal got back at the base camp, he received the news that two expeditions members had gotten stuck at Camp IV after summiting. The same expedition leader now pleaded Pakistani HAPs to help them. They climbed the mountain again and rescued them to the basecamp. 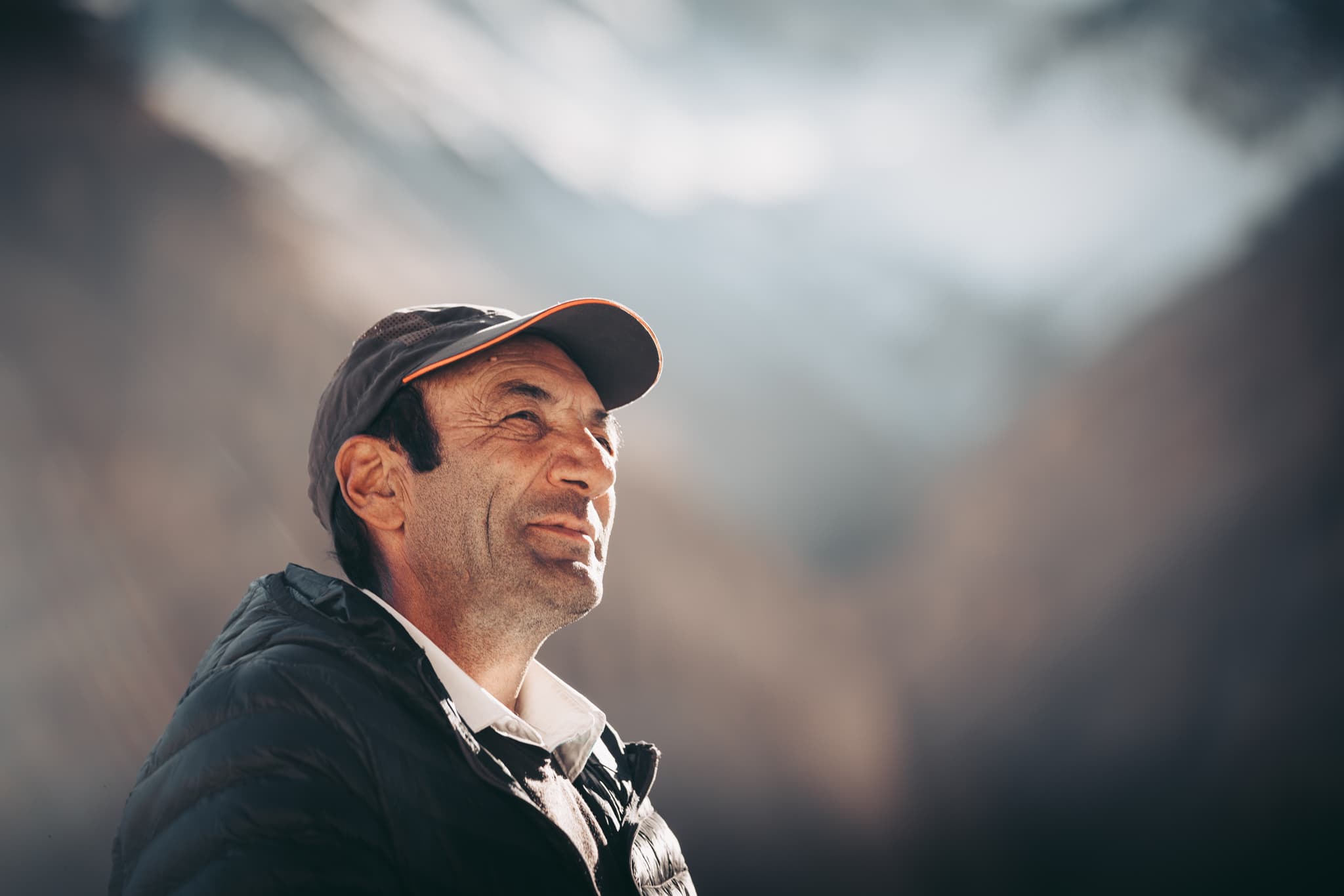 In 2010, Fazal Ali joined a 14-member K2 cleanup expedition. They collected about 2 tons of waste till Camp 3.

“We collected leftovers from previous expeditions—human waste, rotten fixed lines, tents, sleeping bags, and down jackets. Many climbers, especially those without porters, would leave stuff behind in camps before descending.”

They found harnesses, dead bodies, cut off arms, and shoes with severed feet in them. From the basecamp, the mules carried all the rubbish to Askole.

In 2011, Fazal Ali helped an Italian climber Mario summit Gasherbrum I (8,080m) in only one week. It was Fazal’s first 8,000er. In 2013, he successfully climbed Broadpeak (8,047m). On the V section of the mountain, the weather turned bad, and he and his team members summited in thick fog with the help of GPS.

“We cannot say no to our clients. We would rather die than make them angry.”

K2 had always been his dream. In 2014, Fazal took part in his first K2 expedition that included seven Nepali Sherpas and two Pakistani HAPs. Their job was to fix ropes and carry the load to the upper camps. It took them 24 days to make the route, and an additional five days to summit. It was his first K2 ascent.

In 2016, he went to K2 again with an American female climber and her group. After Camp 3, Fazal Ali and other HAPs ascended to deposit climbing gear to Camp 4. They fixed ropes along the way and set up the tents. When they returned, they heard an explosion. They went back up to see what had happened.

“We had 28 tents up there and a nine feet pole. All the tents were now under snow. Only the top two inches of the pole were visible. Everything else—ropes, oxygen cylinders, and equipment—was gone.”

The expedition got cancelled, but in 2017, the American woman returned. This time they were successful. It took them only 16 days to finally reach the summit.

“K2 summit is only 15m wide, but it is a miraculous place. I felt as if I was in the sky. It is a place of wonder.

In 2018, Fazal Ali was again on K2 with a team. They had crossed the dangerous Bottleneck but were facing a 150km/hr wind storm. Continuing further up could have been fatal. Fazal and his colleague, a Nepali sherpa, advised their client to cancel the expedition, but she said, “I would rather commit suicide here than return without a summit.”

They decided to go ahead with her. “We cannot say no to our clients. We would rather die than make them angry.”

Luckily, the weather turned better just 100m below the summit. This time, it took them only nine days in total to scale the mountain. Thus, Fazal Ali became the only person in the world to summit K2 three times. He spent 1:20 hours at the top.

“K2 summit is only 15m wide, but it is a miraculous place. I felt as if I was in the sky. It is a place of wonder. From there, the 63km long Baltoro Glacier looks like a white line. I didn’t want to leave.”

“I tried to pull the helmet out of the snow with the help of an ice axe. When I was eventually able to lift it, there was a severed head inside.”

K2 is the deadliest mountain amongst the world’s five highest peaks, far more challenging than the Everest. Whereas Mount Everest has seen over 7,000 summits; K2, only a few hundred times.

What makes his accomplishment special is that Fazal Ali summited K2 three times without supplemental oxygen, and two times even without a down suit. Last time, for three days, he didn’t even have soup. After Camp 3, he only drank water. So I asked him what gave him the energy to continue?

“People trust their lives with us. It gives us motivation and focus. We feel like heroes.”

In his climbing career, Fazal Ali has seen quite a few people slipping and disappearing from the mountains, but there is one particular incident he cannot forget.

“Once, I was climbing with a Japanese team on K2 and spotted a helmet. I became curious and decided to examine it, others asked me not to, but I still went ahead. I tried to pull the helmet out of the snow with the help of an ice axe. When I was eventually able to lift it, there was a severed head inside. It was the most disturbing moment of my life. Later, at the camp, I couldn’t even drink at night. I kept thinking about that person—who was he, what could have happened to him, and where did the rest of his body go? I was in shock for a long time.”

“Even mules carrying luggage to the basecamp have a better insurance than we do.”

Every year, Pakistani high altitude porters assist hundreds of international mountaineers in climbing some of the world’s tallest mountains. The foreigners claim all the glory, whereas those who make it possible by risking their lives remain unsung heroes. Their efforts and heroism are rarely acknowledged.

“Before an expedition, foreign mountaineers are very kind and make big promises to us, but once the expedition is over, we never hear back from them again.”

The HAPs climb a peak at least twice—first to fix ropes and carry gear to higher camps, and then to support others in the ascent. Furthermore, they don’t always get a chance to go for the summit.

Unlike Nepal, the climbing season in Pakistan is much shorter. The porters are not able to work throughout the year. Besides, Pakistani HAPs get paid far less than their Nepali counterparts. They earn 3,000-5,000 PKR (18–31 USD) a day, whereas Nepali sherpas earn 100 USD a day. Likewise, there is a big difference in their life insurances as well. While the Pakistani HAPS get insurance for up to 1,250 USD, the Nepalis are insured ten times more.

“A Balti porter told me that even their mules carrying luggage to the basecamp have a better insurance than we do. But, we still do this because there aren’t many other options for us.”

But, thanks to Nepali Sherpas, now elite Pakistani HAPs can demand 50 USD a day. 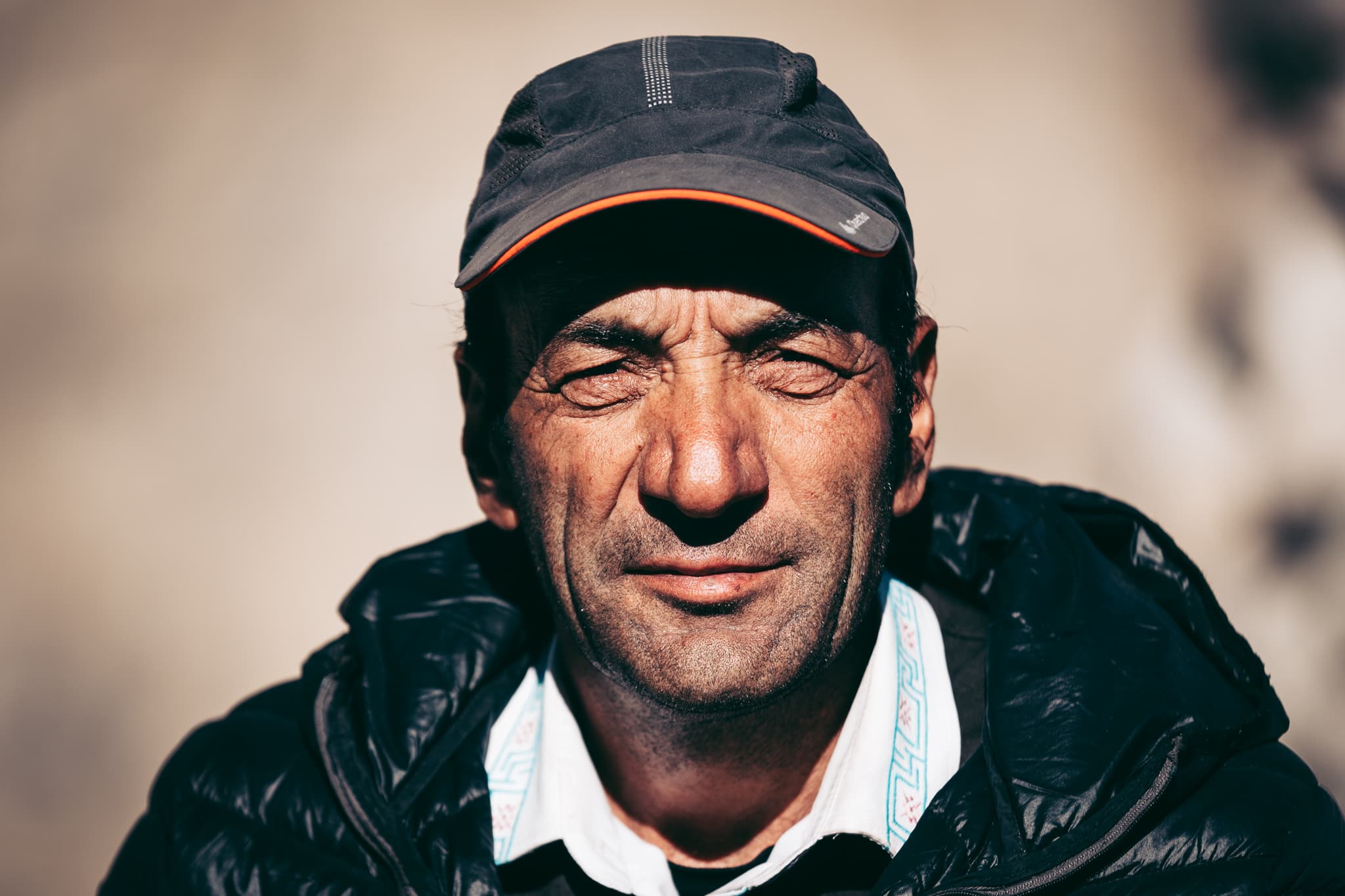 “I entered the field of mountaineering due to necessity. It’s better if my children choose another field.”

Despite making a world record for Pakistan, Fazal cannot afford a good education for his children.

“My son was only eight when he climbed Manglik Sar (6,050m) in winter without additional oxygen. In another expedition, an avalanche swept us for 200m, and we barely survived. On our return, my wife asked me if I wanted to get our child killed. Now that chapter has closed. I entered the field of mountaineering due to necessity. It’s better if my children choose another field.”

It is understandable why Fazal Ali feels so disheartened. He received no recognition for his achievements. But no matter how resentful he sounds, the love for mountains flows in his blood.

“In winters, we cannot use the bathrooms in our houses. So when I step outside in the morning, the first my eyes view is snowy mountains. I see them in my dreams. Shimshalis are born to love mountains, glaciers, and cold winds.” 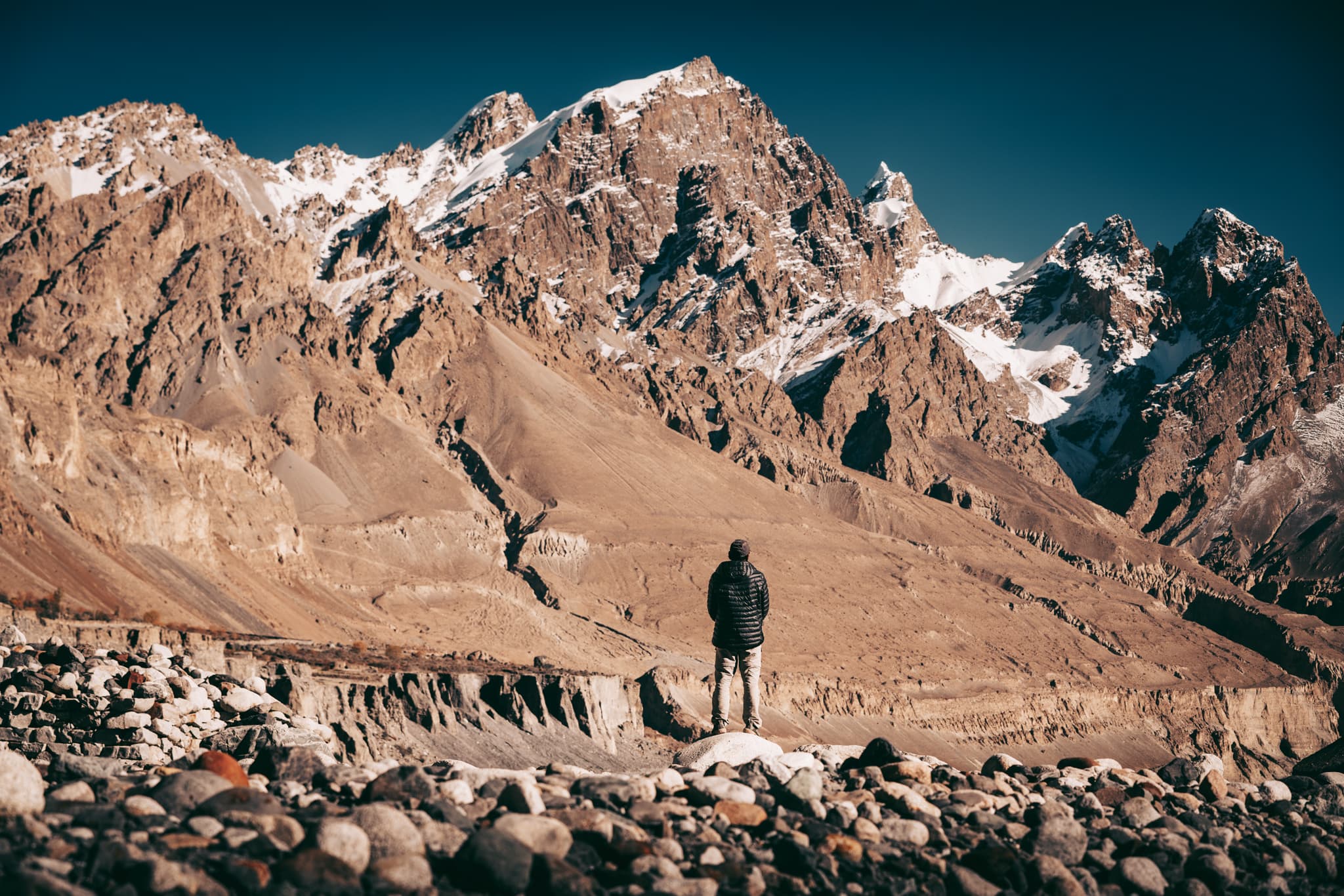 “Mike Horn asked me, ‘are you crazy? People summit K2 once and get done with it. Why do you keep going back?'”

People like Fazal Ali are the true ambassadors of the country. They are the ones helping foreign climbers fulfil their lifelong dreams on the mountains by putting their own lives at risk.

“What is tougher than mountaineering?” I asked him.

“When you have spent enough time in the mountains, everything on the ground becomes easier,” he replied.

After interviewing other climbers in Shimshal, I have come to realize that the love for K2 runs deep in their veins. Despite conquering the Savage Mountain three times, Fazal Ali is not tired of it yet.

“Mike Horn asked me, ‘are you crazy? People summit K2 once and get done with it. Why do you keep going back?’ I told him that I have decided to summit K2 five times; it is my favourite mountain. I know it is risky, but I am willing to die for it.”