As I write these lines from San Ignacio, my bicycle ride in Peru is almost over. I entered Peru 85 days ago and cycled over 3400 km and climbed over 43,900 meters following the great divide route of Peru. It is the most mountainous country I have ever cycled.

Peru is an amazing country at various levels. Here are some interesting facts!

Peru accounts for one-quarter of the world’s jungle. Peru holds world records in biodiversity. It is home to the most species of birds, butterflies, and orchids than any other country in the world. It also has the third largest number of mammals. The Tropical Andes of Peru contain about a sixth of all plant life in less than one percent of the world’s land area. Peru’s Pacific coastal desert is one of the driest spots in the world while Peru’s coastal region has one of the most productive marine systems in the world.

The origin of civilization in Peru dates back to 20,000 years, making the country one of the cradles of ancient cultures along with Mesopotamia, Egypt, Indus valley, and China. Peru has the largest indigenous population in South America with about half of its population of native descent. Inca Empire was one of the largest and the wealthiest empires in the world.

There are four thousand varieties of potatoes grown in Peru. Potatoes were first grown in High Andes of South America about ten thousand years ago and were introduced to the rest of the world just four centuries ago.

By about 3,000 B.C., Peruvians had invented almost every weaving technique known to the world today.

Though Peru remains a poor country, it is one of the richest in terms of natural resources. It is one of the world’s top producers of gold, silver, copper, lead, among other minerals. Peru also has vast reserves of oil and natural gas.

In short, Peru has everything; from a variety of landscape to the mega-diverse wildlife, and to its rich culture and history. The Peruvian people are open, polite, very welcoming and helpful to strangers. 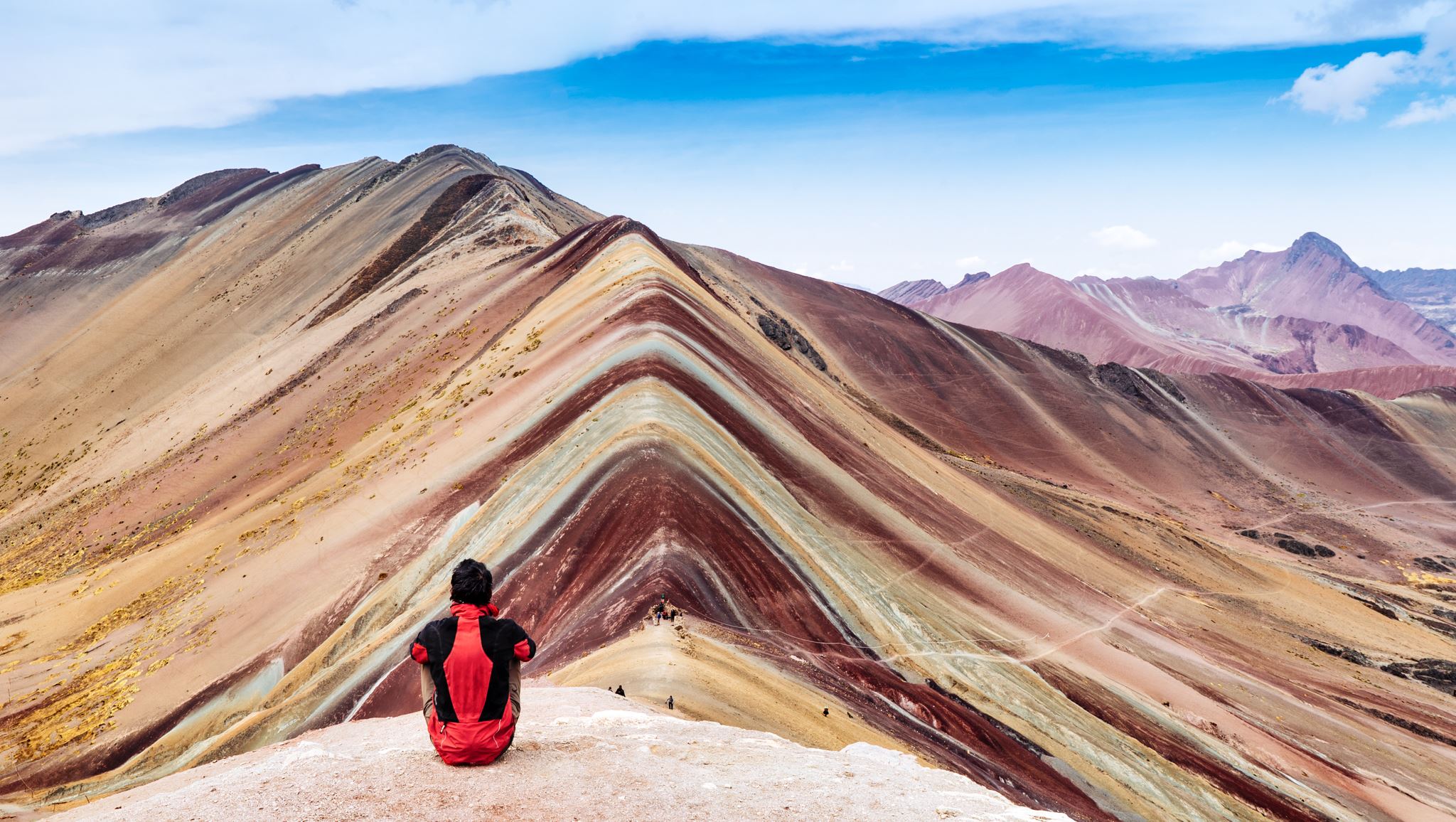 I took this picture of myself at the Rainbow Mountain during the beginning of my ride in Peru. Rainbow mountains are a newly discovered attraction in Peru and located at about 5000-m elevation. Rainbow is sacred to many ingenious groups in South America as it represents rain, considered to be the bringer of life.

This will be my last post from Peru. Tomorrow, I plan to cycle to the border of Ecuador which is about 50 km from here.

Goodbye, Peru! As Mr. Trump would have said, “a tremendous country with tremendous people!”