Skip to content
As I stepped down from the bus, my head spun like a top. I barely managed to stay on my feet. I had just finished a tour of a tequila factory where I was invited to taste the samples, but that proved too much for me. This town is so well known for Tequila that it is called Tequila. I reeled to the church plaza and sat on a bench. Above the market, there was a blurry patch on the sky. My eyes tried to focus back and forth like a malfunctioned camera lens. It appeared as though few men were circling upside down from a pole. If I had not seen this act before in Guatemala, I would have thought that the world was rotating around me, but it wasn’t. Rather, it was La Danza de los Voladores or the Dance of Flyers.

The Dance of Flyers involves five participants (four dancers and a musician) and a tall wooden pole. The participants are dressed in colourful costumes and wear hats embellished with pieces of mirrors and long ribbons. After a ceremonial dance on the ground, they ascend the pole.

Once at the top, the four dancers (voladores) sit on a square frame and tie themselves with ropes attached to the frame while the musician (caporal) balances himself in the centre and plays the flute and a small drum which fits into his left hand. After a while, the dancers launch themselves from the top backwards. As the rope unfurls, it makes the square frame rotate around the pole and the dancers appear as if they are “flying upside down”. The dancers gradually descend to the ground in circles and twist themselves upright just before landing on the ground. The performance takes about ten minutes from the start to the end with the actual flight of the dancers from top to the bottom taking only about a minute or so.

The Dance of Flyers is an ancient Mesoamerican ritual which originated as a way to appease the gods and end the drought. According to a legend, a severe drought brought hunger and threatened the survival of Totonac people in east-central Mexico. The elders of the village devised a ritual for the god of rain. They chose five chaste men and trained them to become birds. They found the tallest tree in the nearby forest and asked the mountain gods to get permission from Mother Earth before they cut it down. After that, they chopped off branches from the tree and dragged it to the village where they purified the trunk using alcohol and tobacco and erected it in the ceremonial plaza. After a ceremony, the five chosen men climbed the pole. One of them played the flute to encourage his companions to not become afraid of the height. And the other four jumped off the pole to become birds. As they descended, the sky suddenly darkened, lightning flashed and rain started pouring down. The drought ended and life in Totona began to prosper once again. 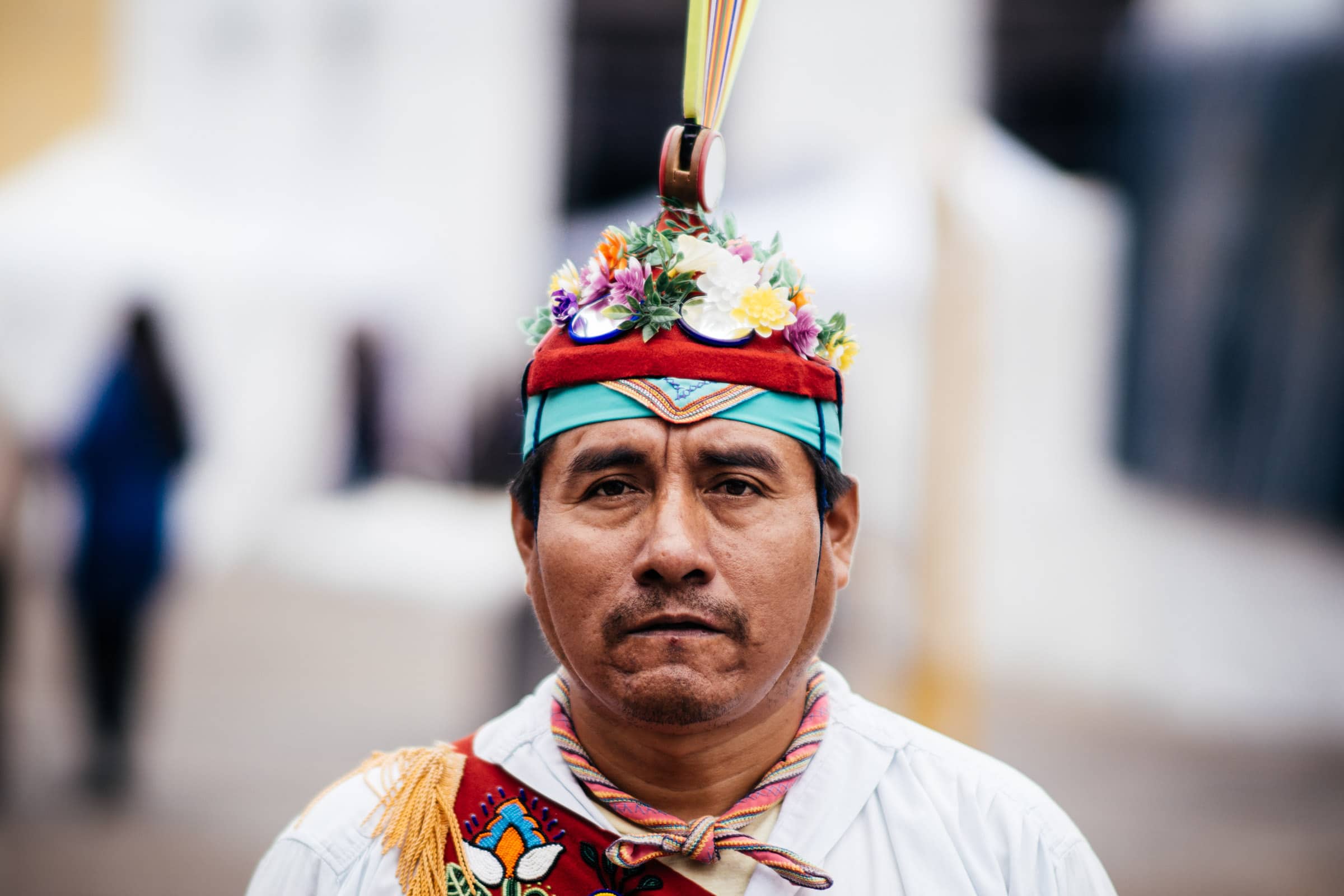 The moral of the story is that man is dependent on nature for its survival and thus must show respect to Mother Earth and cosmic father Sun in order to get their favour. Otherwise, the same nature which gives birth to life can also bring an end to life.

The 2000–3000 years old indigenous tradition is still preserved and can be seen today in different parts of Mexico, especially in Veracruz state, as well as in other countries of Central America. The group performing in Tequila was from Papantla, Veracruz.

Four dancers represent the cardinal directions on earth as well as four elements of nature (air, water, earth, and fire). The fifth member (caporal) represent the sun. The pole symbolises a connection between earth and sky. Traditionally, the pole should be at 30 meters high and a single piece of tree trunk, but nowadays, metal poles are also used and the height varies. Each dancer performs 13 rotations around the pole, totalling 52, which is the number of years in the Aztec calendars. La Danza de los Voladores ceremony was designated as an intangible cultural heritage by the UNESCO for its historical significance.