After staying in Quito for six weeks, working tirelessly day and night from the hotel room on a dozen photo essays that I recently published on Facebook I was back on the road. My bicycle felt heavier but my wallet, much lighter, with a little money left for the next leg of the travel.

Leaving Quito, I continued my journey up north and crossed the equator line in Quitsato after 71 kilometres. Since the beginning of this trip in Ushuaia, Argentina, located at 54°48′S, it took me 11,284 km and 397 days to reach the Latitude 0. From this point, there are still 70 degrees of latitude more to Alaska which means my journey is not even halfway yet.

The Spanish word Ecuador translates to equator. Of all the 14 countries located on the equator line, Ecuador is the only country named after the line itself. At the equator monument in Quitsato, the sun is directly overhead the sundial at noon on 21st March and 23rd September, reaching the bottom of the giant cylinder. 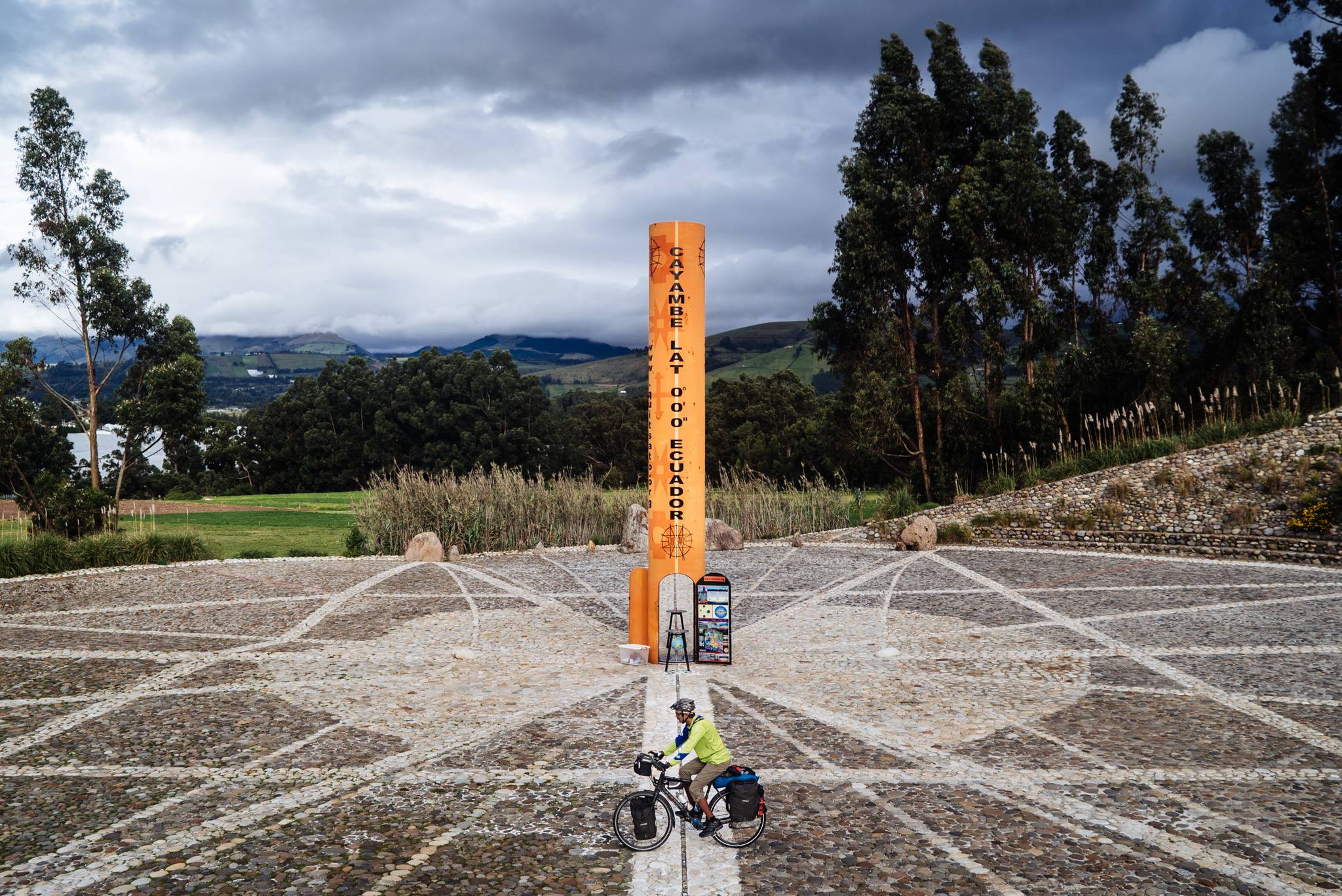 Our guide at the monument explained to us the problems with the traditional world maps where north is placed at the top. Due to the distortion in Mercator projection which is used in the majority of maps, the countries near the equator appear much smaller than the countries in the North America and Europe causing people to believe that those countries are less important. Placing the Northern Hemisphere above the Southern Hemisphere has also created other divides along the equator line; First World vs Third World, civilised vs primitive. According to our guide, the best way to orient ourselves is by facing towards the sun rising in the east above the equator, which means north should be on our left. He also pointed out that the word orientation itself means east. It is only by gazing east at the equator that we can see both the northern and the southern constellation and better understand our place in the universe.

Although up and down, right and left do not matter in space, after knowing what our guide at the equator line told us, it would be fitting to say that on my south to north journey I am travelling from right to left instead of going from bottom to the top.

Having said that, I hope my journey is not considered as shifting from right to left wing and doesn’t stir up a conservative vs liberal debate.

Welcome to the Northern Hemisphere!