Indigenous people named it Cotopaxi or Neck of the Moon. At full moon, the crater of this mountain seems to hold the moon perfectly. With its 5897-m height, Cotopaxi is one of the highest active volcanoes in the world and Ecuador’s most destructive—destroying nearby towns repeatedly. The last eruption was in January 2016. Due to its active state, climbing Cotopaxi is prohibited nowadays.

Cotopaxi has a broad base and elegant slopes tapering to the snowcapped summit but what makes it so special is its perfectly symmetrical cone. The peak exhibits what is known as reflection symmetry in mathematics where one-half of the object is the mirror of the other. When we see this sort of symmetry in things we naturally find them balancing, in order and complete. Thus, symmetry is desirable in our behaviour and is the reason why the shape of the Cotopaxi appears so pleasing to the eyes.

Over the past two days, I was cycling in the Cotopaxi National Park. During this time, I was able to catch a glimpse of Cotopaxi only once. Other times, its peak remained fully draped in clouds as if it was shy of showing its beauty to the world; adding a mystic touch to its Neck of the Moon title. 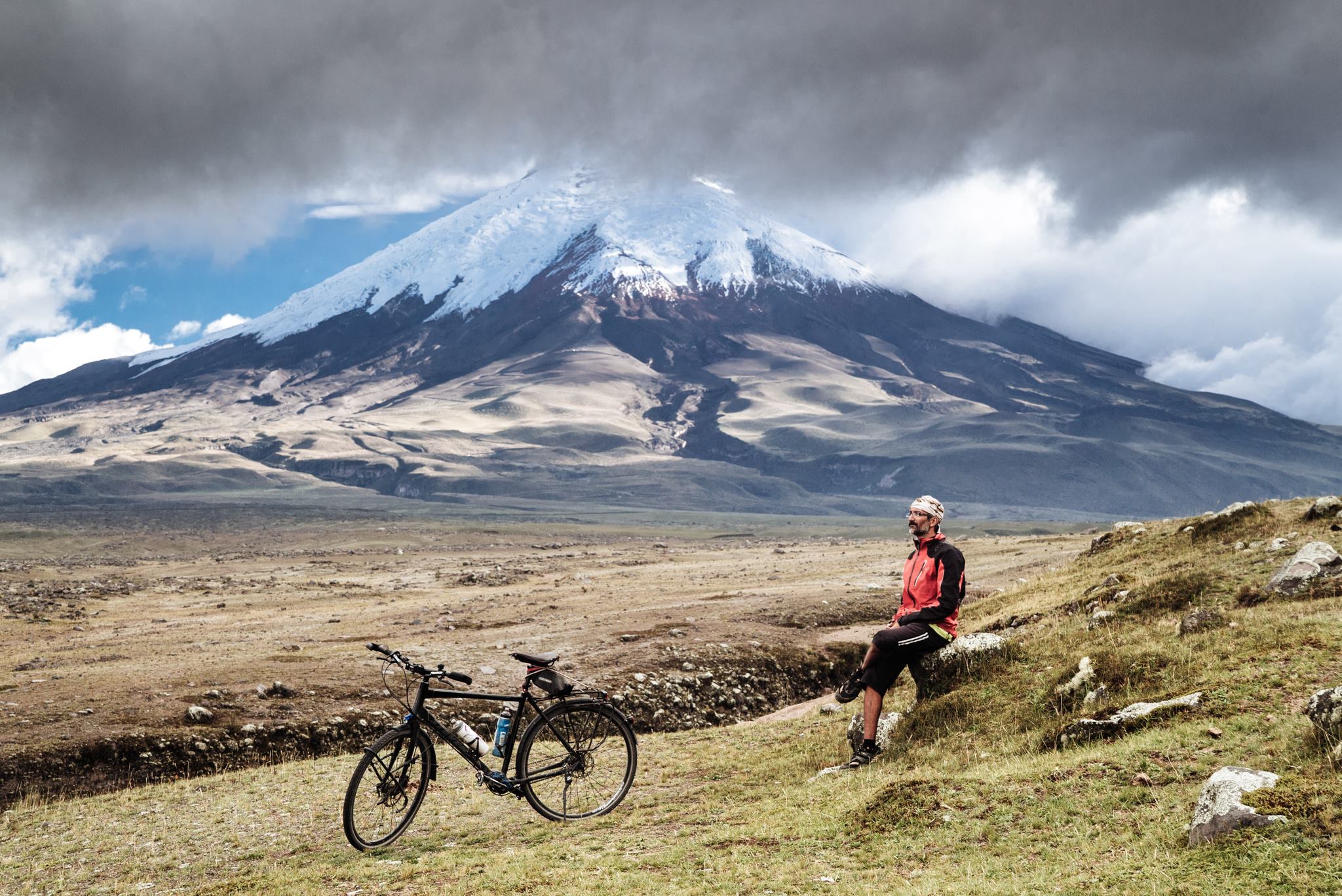