Carmen is one of the many people who travel from San Antonio de Aguas Calientes to Antigua every day to sell handicrafts. She is of Maya descent and speaks the Maya language Kaqchikel as a native language and Spanish as a second language.

Despite half a century of European dominance in Guatemala, most of the Maya people managed to keep their language and culture alive, thanks to living in remote mountainous areas in isolation from the Catholic missionaries. Therefore, unlike a few other civilisations in the Americas, the Mayas didn’t disappear after the arrival of Spanish conquistadors, albeit they were displaced.

Maya people believe in many gods. As they relied heavily on agriculture for survival, their gods strongly related to the elements of nature, such as a god for maize, god for rain, as well as war gods who guided them in the battles. 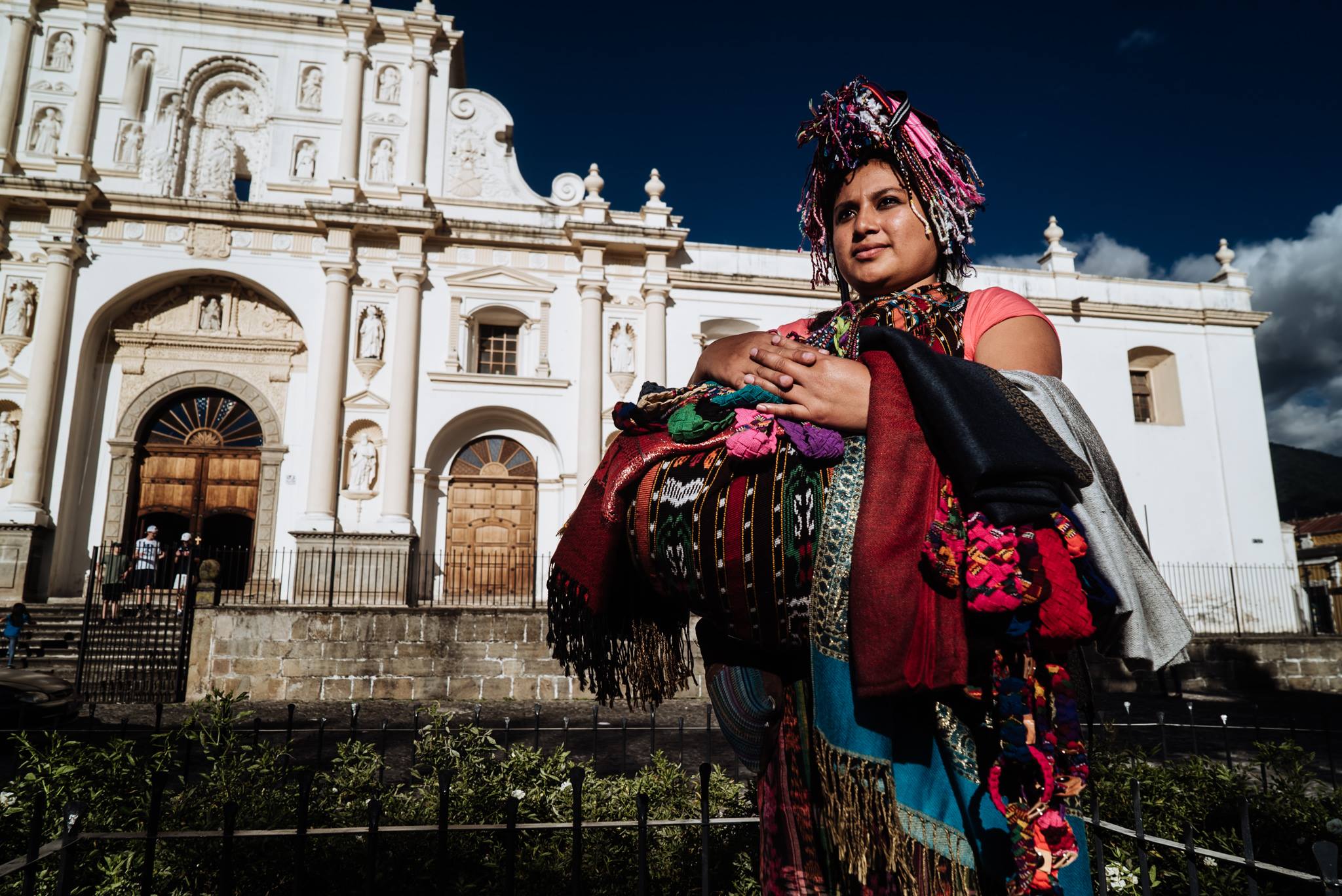 However, over the passage of time, having contacts with the nearby communities did affect their culture and religion which now have the Spanish influence. Now every small village has a church and most of the Maya people practice their own version of Christianity which blends old Maya traditions with Catholicism.

Over half of the population of Guatemala is of Maya descent and a majority of them lives in poverty. After the Spanish colonisation started, the Mayas were stripped of their agricultural lands and slipped into the vicious circle of poverty with limited access to education, health and other basic services. Due to the massive expropriation of the land from indigenous communities, Mayas now own the land scraps while the most fertile land belongs to other parties and is used to grow coffee and other lucrative crops for export. A 36-year long civil war which lasted from 1960 to 1996 saw genocide of Maya people massacred for political reasons and pushed them even further behind. During that period, they had no political representation in the parliament. As a result, what used to the richest culture in the America, now its people are seen as a cheap labour and face discrimination in their own country.

Despite all injustice, I have found the Mayan people to be genuinely very kind and friendly. There is a dignity and hope among Mayas that if given the opportunities, they can once again achieve the greatest heights which they are so well renowned for.