A few days ago, I left Costa Rica and entered Nicaragua, which is the country#37 I am travelling by bicycle.

The Costa Rica/Nicaragua border at Las Tabillas was a low-key border without any high-security measures, not very different from any other border crossing in South/Central America. Besides, there was no queue and a bunch of officers available. Despite all that, it still took me a couple of hours to get the permission to enter Nicaragua. At the immigration, the officials asked me myriad of questions after coming to know my country of birth. But they were all very friendly and told me that they needed a security clearance from Managua in my case. They took my passport and asked me to wait. I was given a chair to sit on. During this time they communicated on phone and on Whatsapp with officials in Managua. I noticed an officer standing outside who was flipping pages through my passport and then sliding it back into his pocket. He would do this after every few minutes. 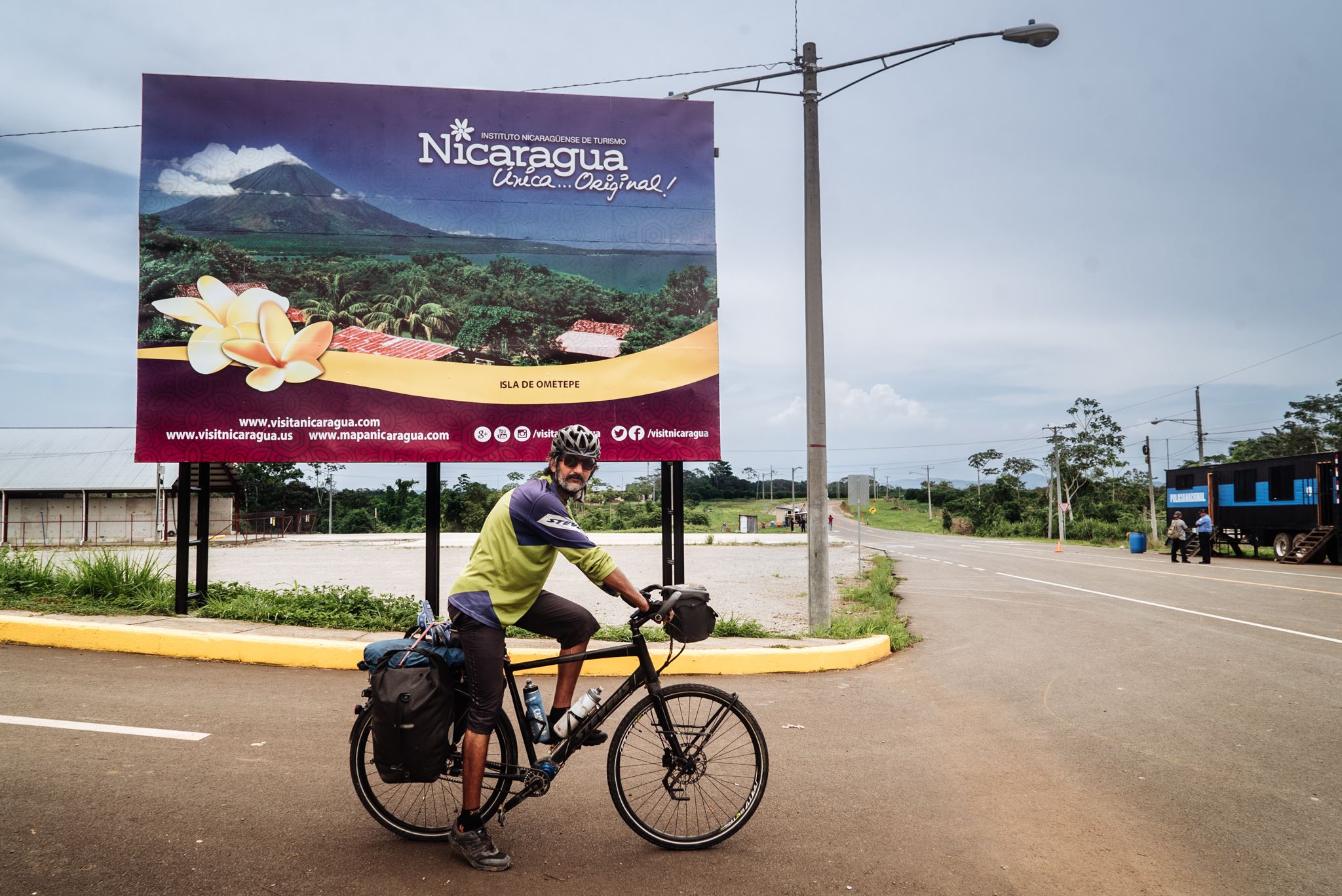 Later, an officer came to me for a friendly conversation and asked if something bad had happened during this tour. As I was about to tell him about my laptop getting stolen in South America, he shocked me by telling that this incident had happened in Pitalito, Colombia. I asked him how he knew about it?

“But, who told you about my Facebook page?” I had not given him any details about my social media presence so I was genuinely surprised.

“We searched for you on the internet and read some of your posts.”

I couldn’t believe that the officials at the border, and that too in Central America and Nicaragua, would go to such length as to identify security risks by checking the social media profiles. I was expecting this to happen much later during my trip.

Anyway, he told me that he got the clearance from Managua and returned my passport with the entry stamp inside.

I then rolled onto the empty NIC-25 road of Nicaragua but kept thinking what other platforms they might have used to search information about me and that it is a bit creepy when people know about you but you don’t know anything about them.
Anyways, welcome to Nicaragua, the land of lakes and volcanoes.