Little did I know, when I left Calgary two weeks ago, that summer was over in Alberta. Two days later, I found myself cycling in the rain and cold wind in Banff National Park. On the fourth day, I was stuck in Mosquito Creek for two days because of the heavy snow. Later, the weather became better for a couple days, but the temperature in the morning dropped to as low as -7°C. Now, I am writing these lines from a hostel in Jasper where it has been snowing for last three days. It was supposed to be the late summer but the winter has already come in the Canadian Rockies. 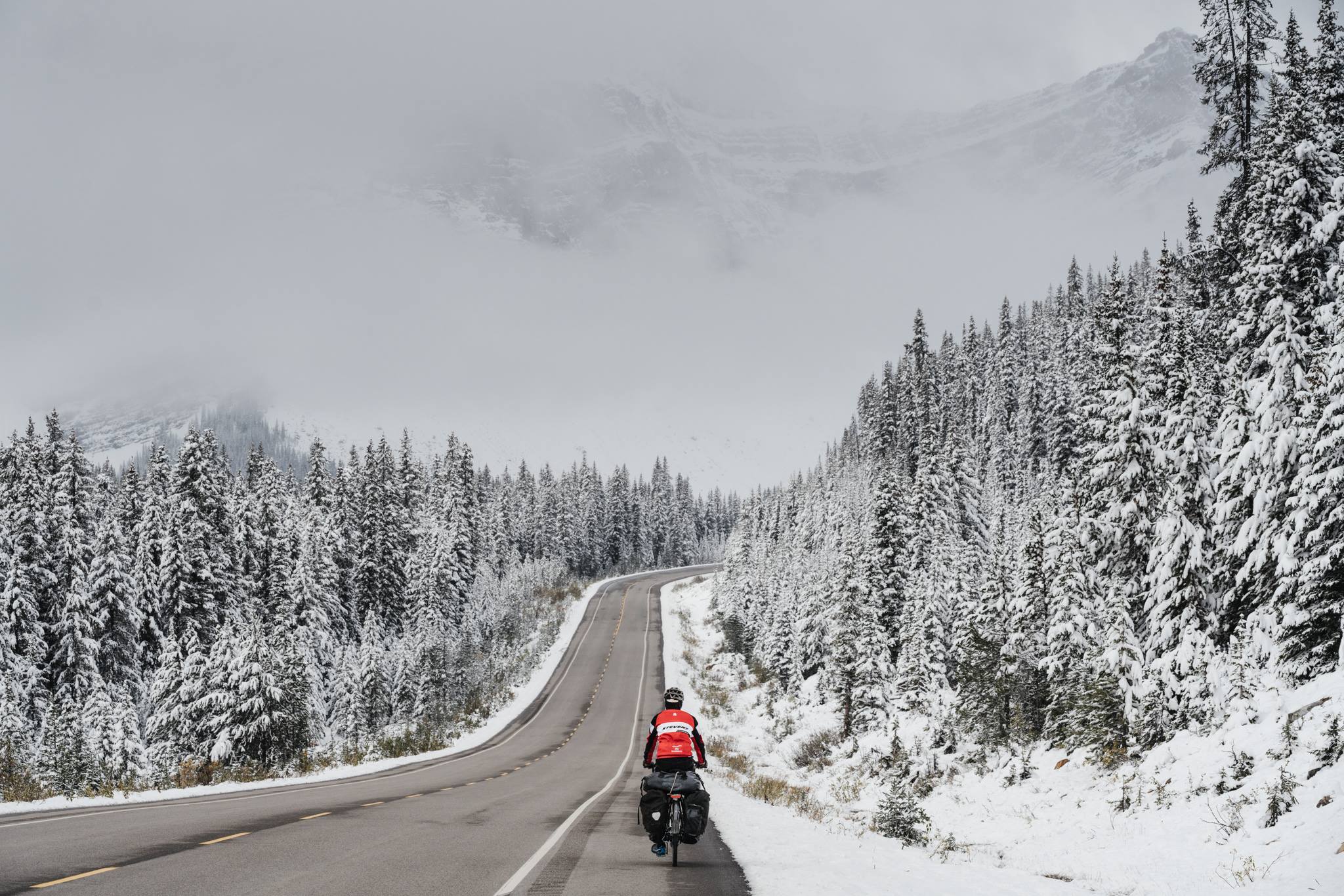 People often ask me what is the most beautiful place I have cycled since leaving Ushuaia. It is a very hard question to answer because there have been so many amazing places on this journey which began two years and eight months ago and is still going.

For the last couple of weeks, I have been cycling through the Banff and Jasper National Parks which has been an unforgettable experience. Tall steep mountains lined up on both sides of the straight road, peak after peak, and lake after lake, each with a different colour and a setting, some turquoise, some emerald, waterfall, pine trees laden with snow, hanging glaciers, ice fields, wildlife and unspoiled nature make the Canadian Rockies a unique place for cycling, especially during the fall time, when the trees have different hues of colour and the snow creates a fairytale landscape.

Coming back to the question, when I close my eyes and try to remember the best places I have cycled, I see the images of me cycling in Patagonia, the Altiplano and Death Road in Bolivia, the Great Divide in Peru, the Atacama Desert in Chile, and the Yellowstone National Park in the US. Right now I also see an image of the Canadian Rockies. I don’t know what the paradise in the heavens looks like, but this region is definitely a paradise on earth, albeit the real paradise could be a bit warmer. There are very few places I would like to go back. Canadian Rockies would be one of them.