Annapurna (8,091m) is the 10th highest peak in the world. It’s the most dangerous mountain among all 8000ers. Only few mountaineers dare to attempt it, and that too only in spring. 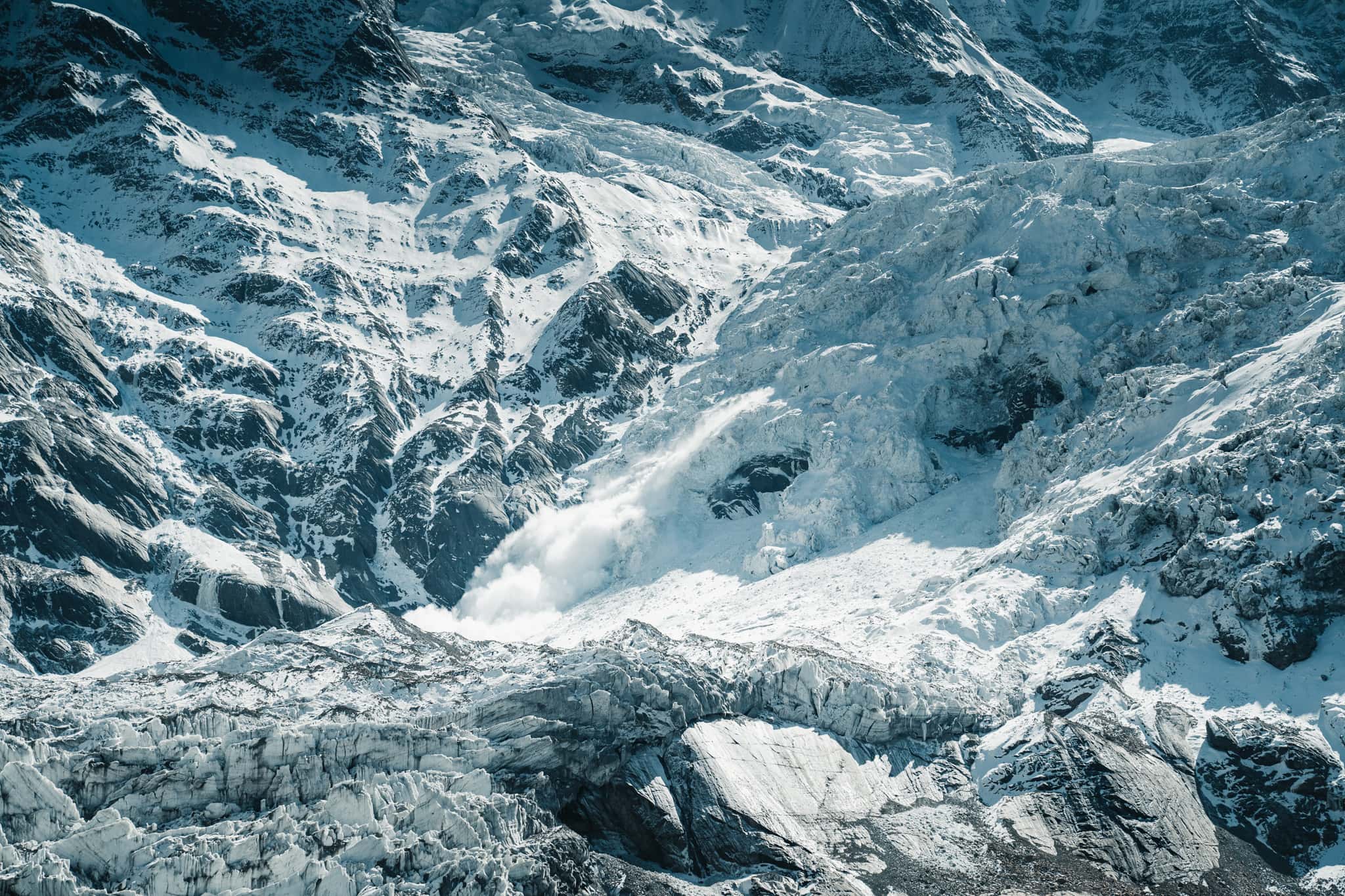 Today Sirbaz and Joshi left the basecamp at around 8 am for Camp 1. After one hour, Saad and I decided to go to Advanced Base Camp (ABC) to catch the view of them on the glacier. 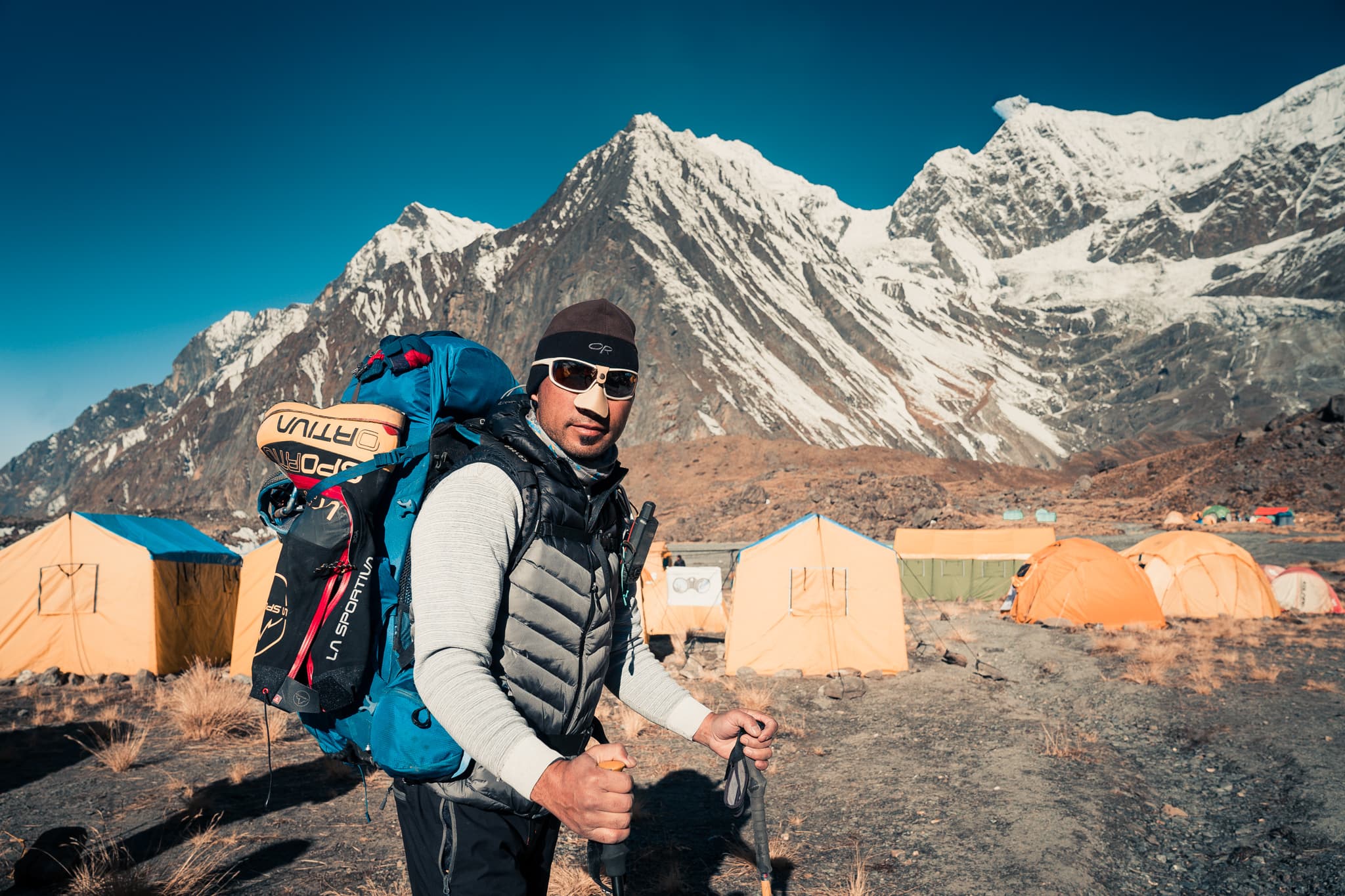 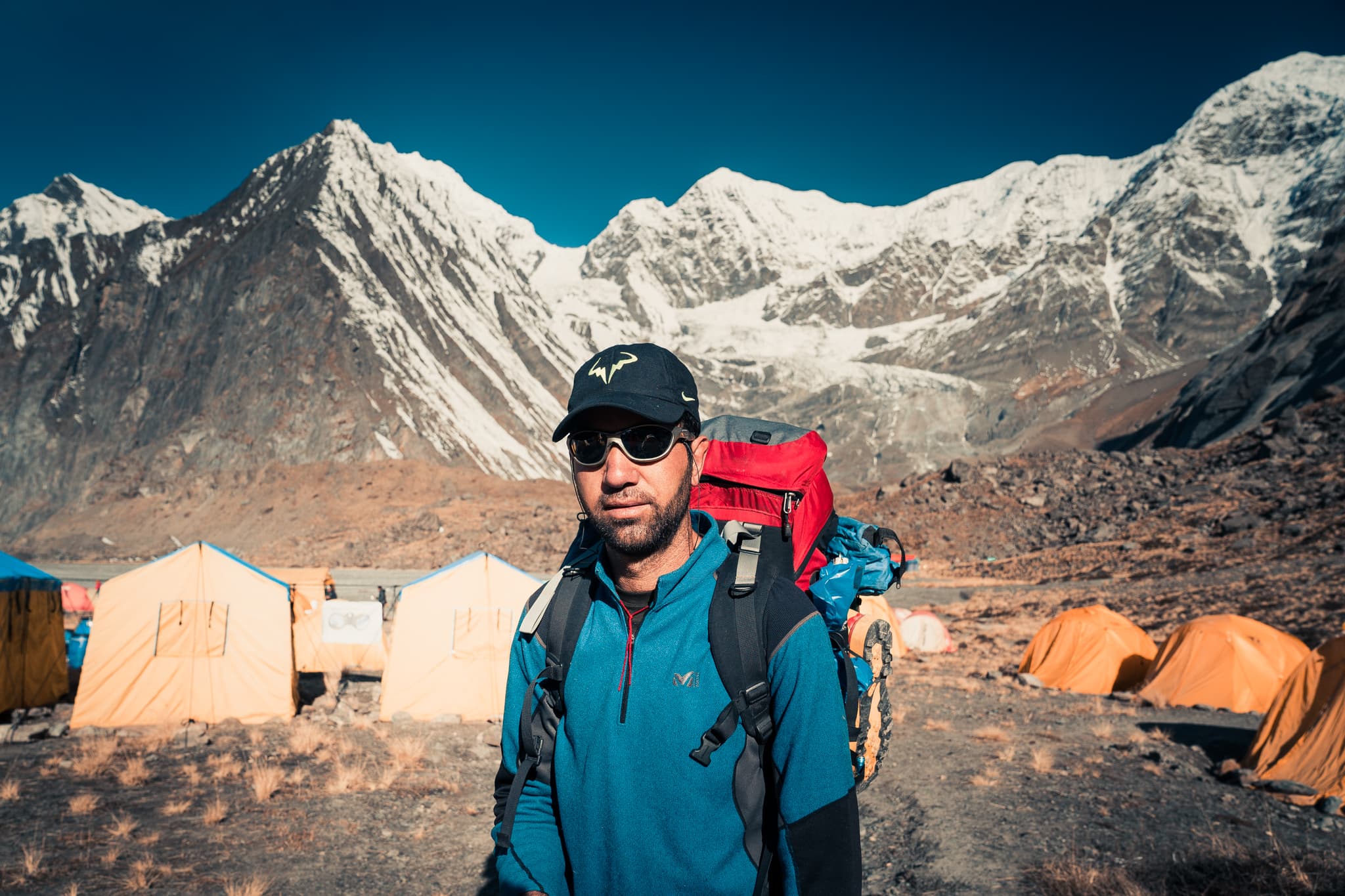 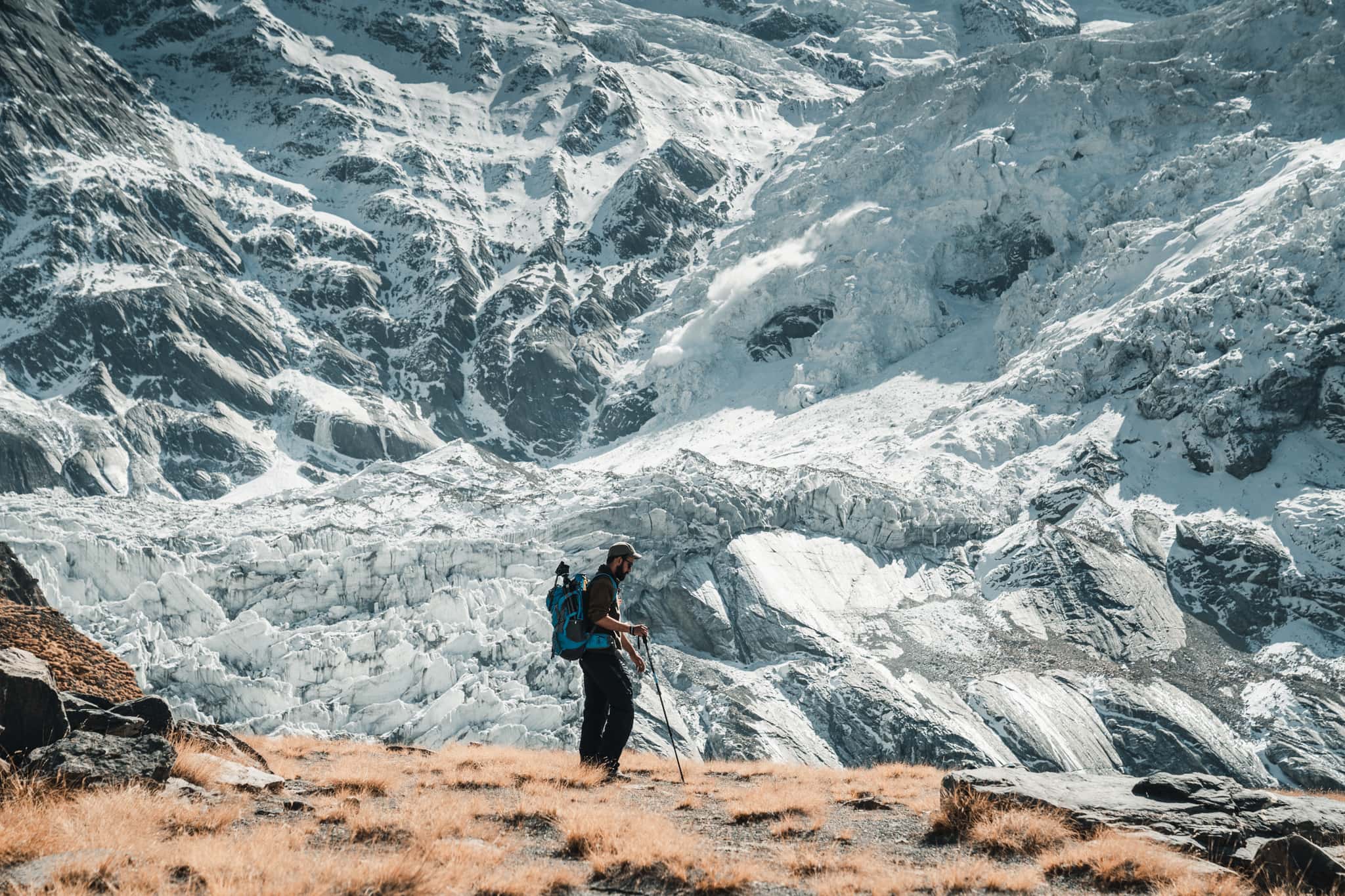 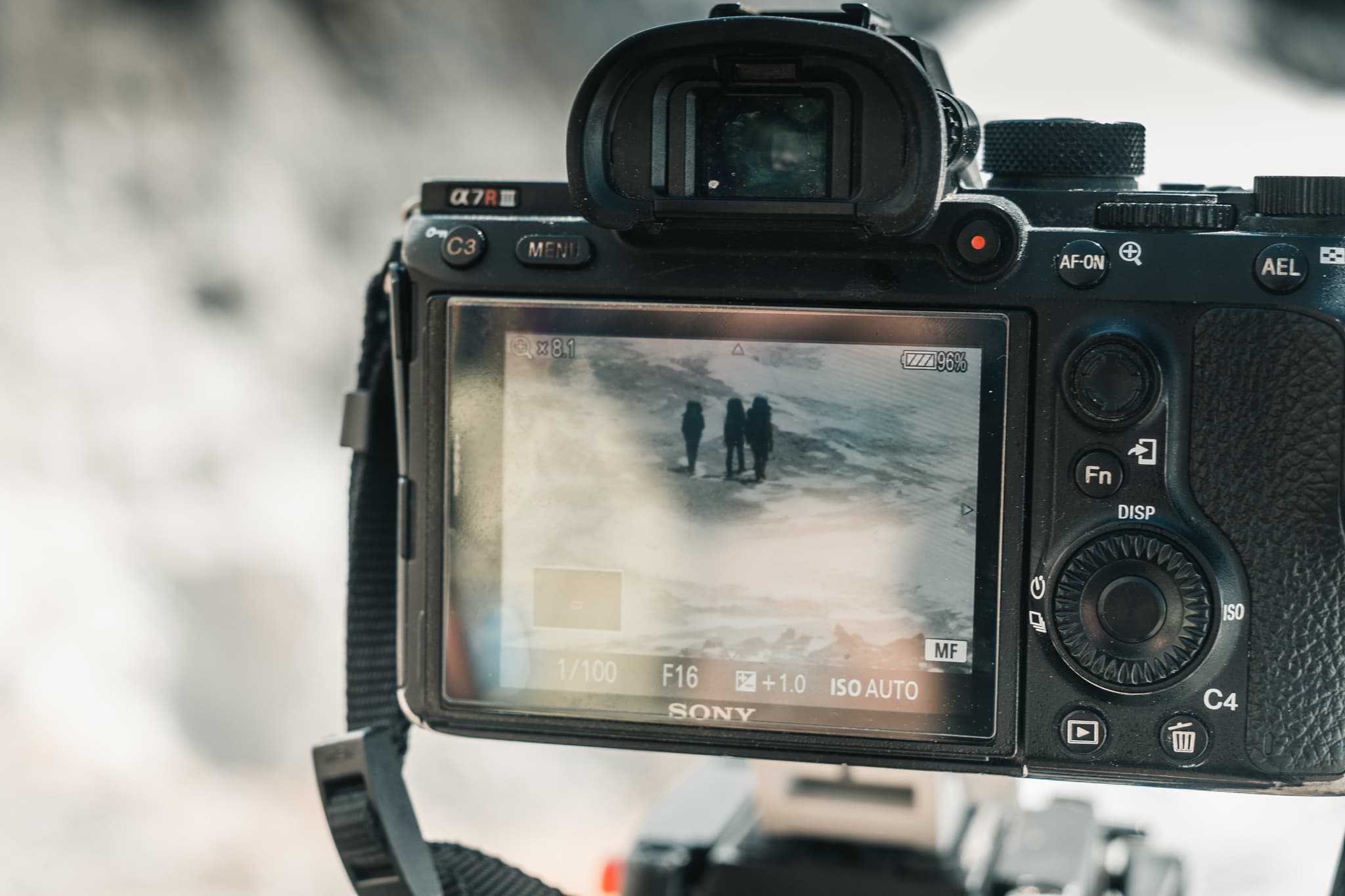 We were barely half way when we saw a big avalanche heading to exactly where climbers were supposed to be. From there, we couldn’t see much so we scrambled as fast as we could. At ABC, I set up my camera with a 12x magnification and used it as a monocular. We sighed with relief when we could spot Sirbaz and Joshi walking on the glacier.

They were kilometers away from us, but we could watch their every move, even when they wore climbing shoes. They ascended at an incredible speed.

Everywhere else I looked at, I saw hanging icefields and seracs looming.

Suddenly, I heard a thundering sound. A massive avalanche raced down. As my eyes traced its path, it was clear it was heading to climbers.

As the avalanche grew bigger and bigger, my heart raced, stopped and raced again. The avalanche turned into a giant cloud that enveloped everything.

I could see Saad standing on top of a hill holding his head in disbelief.

With shaking hands, I pointed the camera to where I had last seen Sirbaz and Joshi, but it was all foggy. Soon it started to clear up, but they were not where they should have been. As I moved my camera up and down like maniac, I spotted a couple of tiny dots moving up the slope.

There they were. Safe and sound. Climbing as if nothing had happened.

“Thank God!” We could breathe again.

After a couple of hours of praying and witnessing two more small avalanches elsewhere, we met Sherpas returning. They told us, everyone was fine. We talked to Sirbaz on a radio. They had arrived at the Camp 1 safely, thus becoming the first team this season to reach Camp 1. 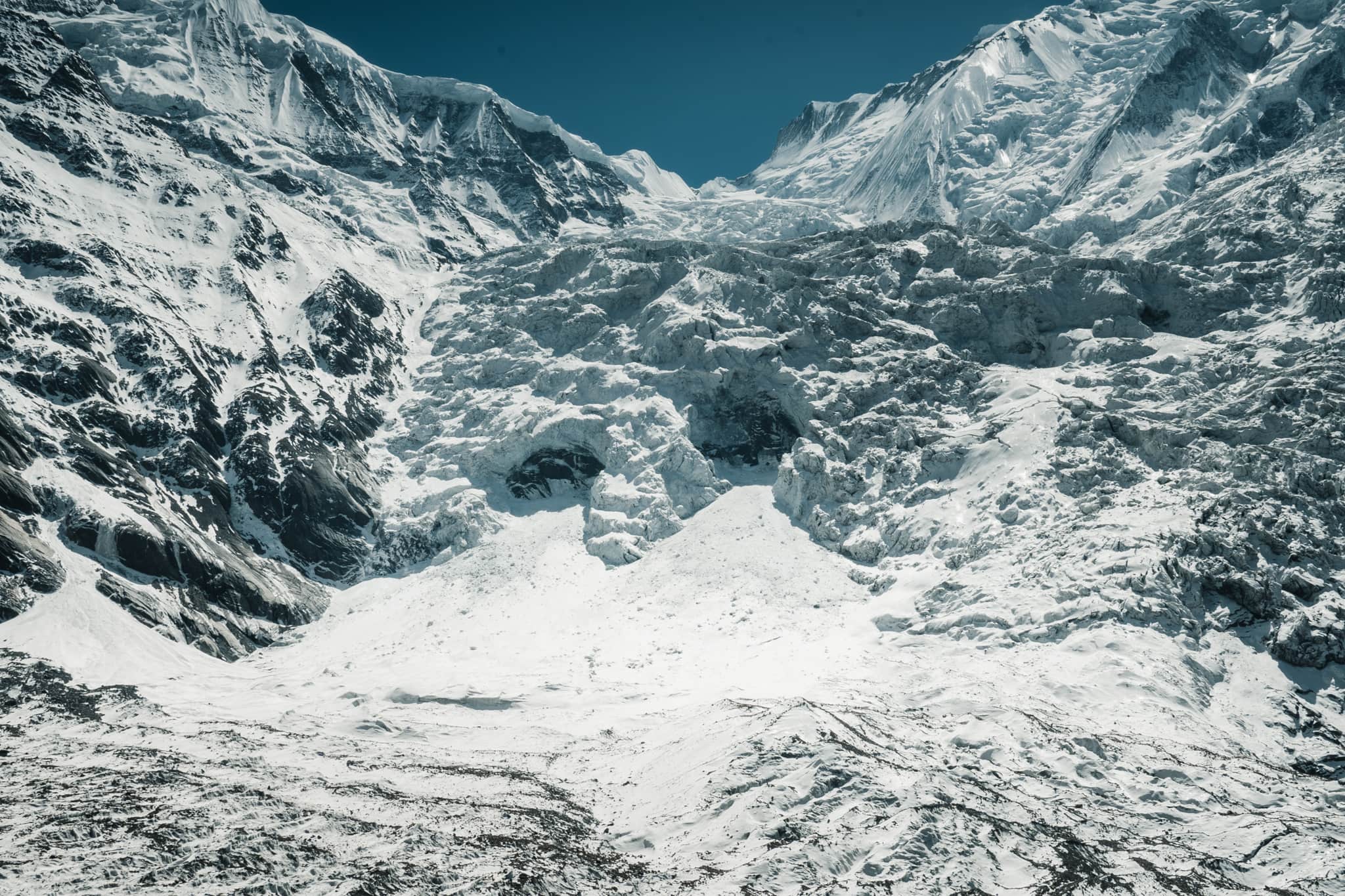 They are going to spend the night up there and return to the basecamp tomorrow. The message to them is not go ahead of Camp1 without ropes as the route is marked with hidden cravesses.

We will keep you posted tomorrow.