In Layyah, the doorbell rings at our house. Outside, a child clings to his mother’s finger and stares at me with big eyes. His mom Shamim Akhtar is here with her daughter and a little son. My sister had given free ration and money to this family a while ago and also told me about them. I have a lot of questions. Now that they are back I go and sit down with them in the grassy park in front of our house in the TDA colony.

“This is my son, Ali Asghar. He is five and a half years old. He has a disease in which bleeding doesn’t stop. It is very tough for him,” Shamim hands me a medical file containing a bunch of papers that are stapled together. The lab reports indicate the child has Hemophilia A which is a genetic deficiency in clotting factor VIII. This disease causes increased bleeding.

“There was a time when my husband used to pay for our son’s treatment from the income from his farming land, but his sisters always complained to him that he was spending money on a disease that has no cure. He became so embittered that he left us. We haven’t seen him for the past four months.”

My elder sister brings a bag of ganderis (small bite-size peeled pieces of sugarcane) and hands them to his mom who passes them on to Ali Asghar. He starts sucking their juice and puts the bagasse back into the same bag.

“It’s a difficult life for him. We didn’t even have him circumcised because the doctors said that it can be very dangerous for him due to hemophilia. I cannot send him to school because he is unable to take care of himself fully. He is learning though. Ali, tell uncle what you say to other kids when you are playing with them?”

He tries to hide behind his mother. His mother encourages him, “uncle will buy you a toy if you tell him.”

After some hesitation Ali murmurs, “I tell them, please don’t beat me. My bleeding doesn’t stop. It hurts.” Then he hides again behind his mother.
After a while, Ali Ashgar stops eating sugarcane bites. A few dozen flies buzz around him trying to lick the juice from his face and tiny hands. Seeing this, his mom wipes him with her dupatta (shawl). My niece Maya goes and brings some flowers for him from the park.

“Even if he gets a small wound, the bleeding doesn’t stop. His ankles and knees get swollen due to internal bleeding. He has to get Octanate injection two times a month as a treatment, but sometimes we don’t give him one because I cannot afford the injection cost of 4500 Rs ($28). I don’t have a source of income and have to ask others for help because I cannot see my son in pain.” 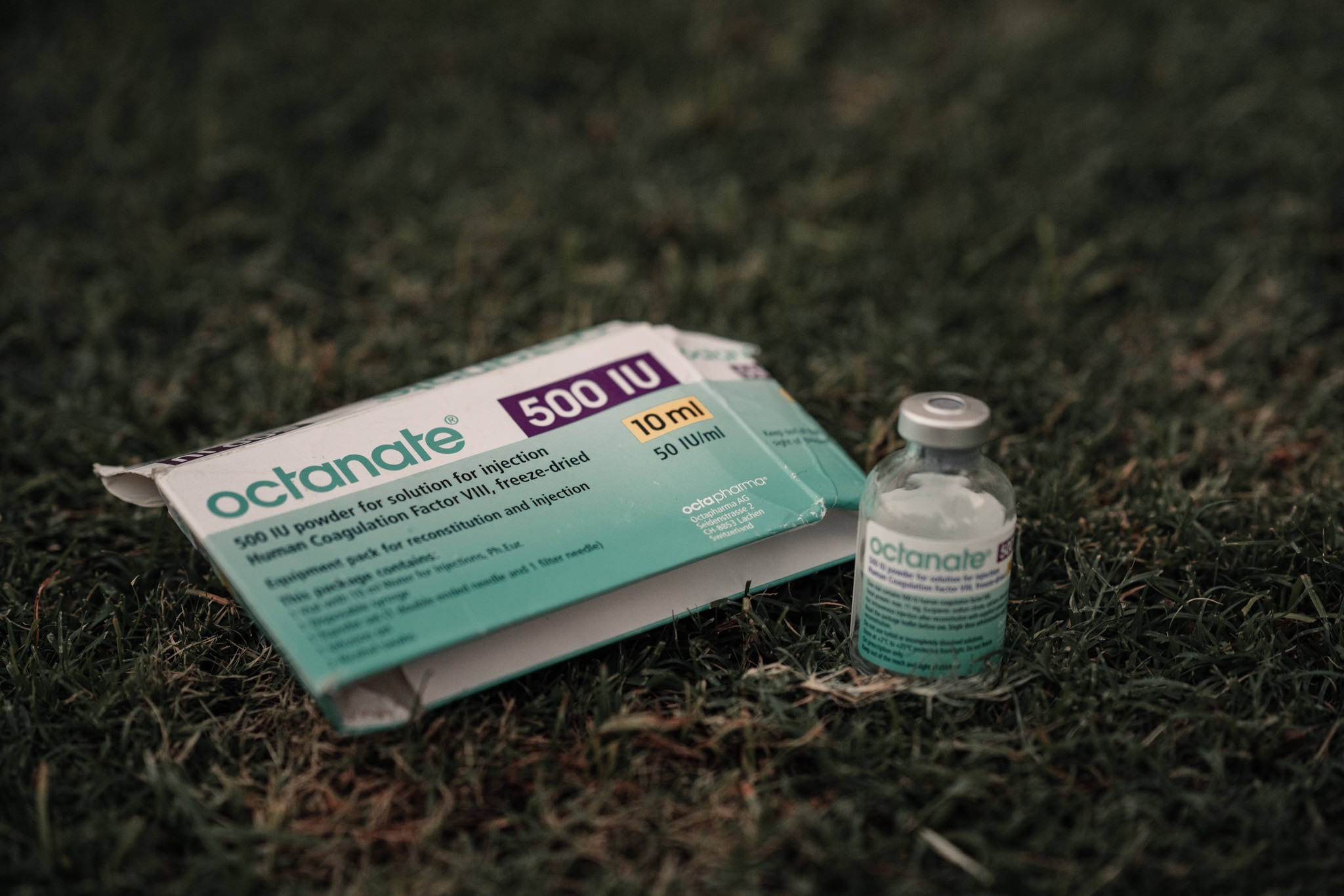 Meanwhile, I am thinking what if the child with this disease was mine, it could have been me going door to door asking for help. Aren’t these people amazing who continue to fight for their survival despite all the hardships? I want to know what the charm of life is when poverty, illness, injustice, corruption, greed, and deception surround you from all sides? What kind of resolve does it take to be able to still pull the cart of life on a steep upward slope?

While it will always remain a mystery why some people are blessed whereas others, not, no one can deny the role of luck in our life which is far greater than we would ever realize. Yet, only a few of us are committed to helping the less fortunate. There are three types of person in the world when it comes to relating to the pain and suffering of the other:

Those who are aware of the pain of the other. When they see someone in the misery or read or hear a sad story they can imagine how other person feels. Though they feel sorry for others, they do so from a distance. For them, opening the wallet and taking out the money has less to do with helping someone and more about pushing the painful scene out of the view. Such people are only concerned about themselves and their tribe.

b) Those who feel the pain of the other in their heart. Their brain neurons mirror the same action happening to someone else and they feel an emotional connection with others. They demonstrate concern about others and may even pen emotional writings about them on the internet, but that’s it.

c) Those who act on the pain of the other. Such people go beyond knowing and feeling the pain of the other and actually move to respond to suffering in the world. They refuse to accept human suffering as God’s will and instead consider the lack of empathy as the major reason for all the misery in the world. These people will take action to alleviate it however they can. They transcend tribalism and their compassion is for everyone. They believe there is nothing more humane than to give a hand to others in need. 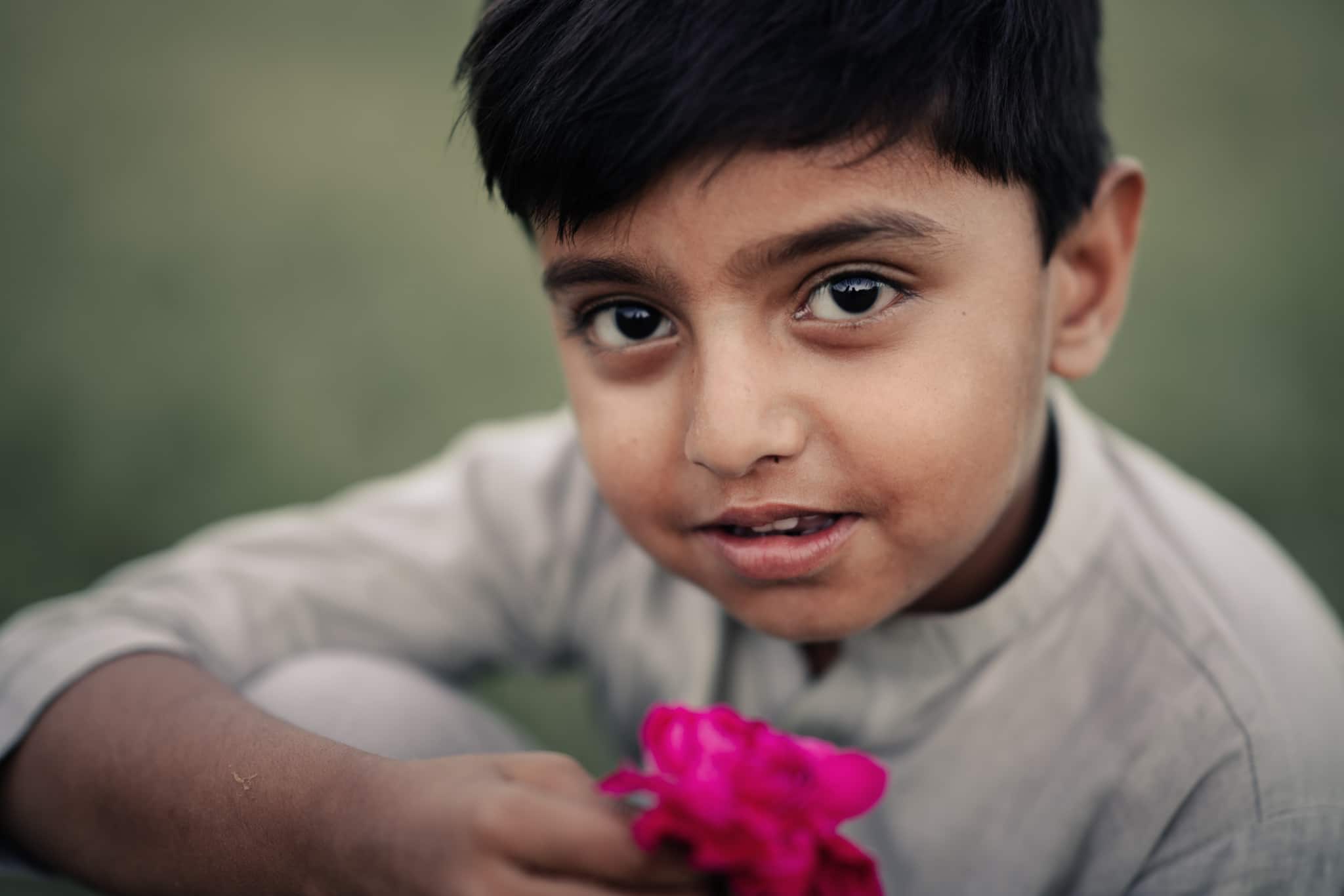 Back in the TDA park, while listening to his mother and processing my thoughts, I glance at Ali Ashgar who is smelling flowers quietly. His eyes are twinkling. The white part of his eye is noticeably yellowish though. The doctor has recommended him two injections per month no matter what, but he gets one only when it is critical. Perhaps, that’s what’s taking its toll on his entire body.

I lift my camera to take a couple of shots of Ali Asghar. As I half-press the shutter button, the whole world blurs around him. Only he remains in focus. When I zoom on his dark eyes, I see a reflection staring back at me, perhaps questioning which of the three types of person I am?