The cathedral square in San Cristobal de Las Casas is a popular spot for both residents and visitors. Friends and families come here to pass time; couples lie in each others’ lap; indigenous women with babies on their backs and handicrafts in their arms walk all day long from one person to another and plead with them to buy something; young shoe-polisher boys point at your dirty shoes and offer to make them look new; young street vendors stare in the distance with empty eyes while their babies suck their breasts; and kids drag their parents to buy them a “helado” (ice cream). 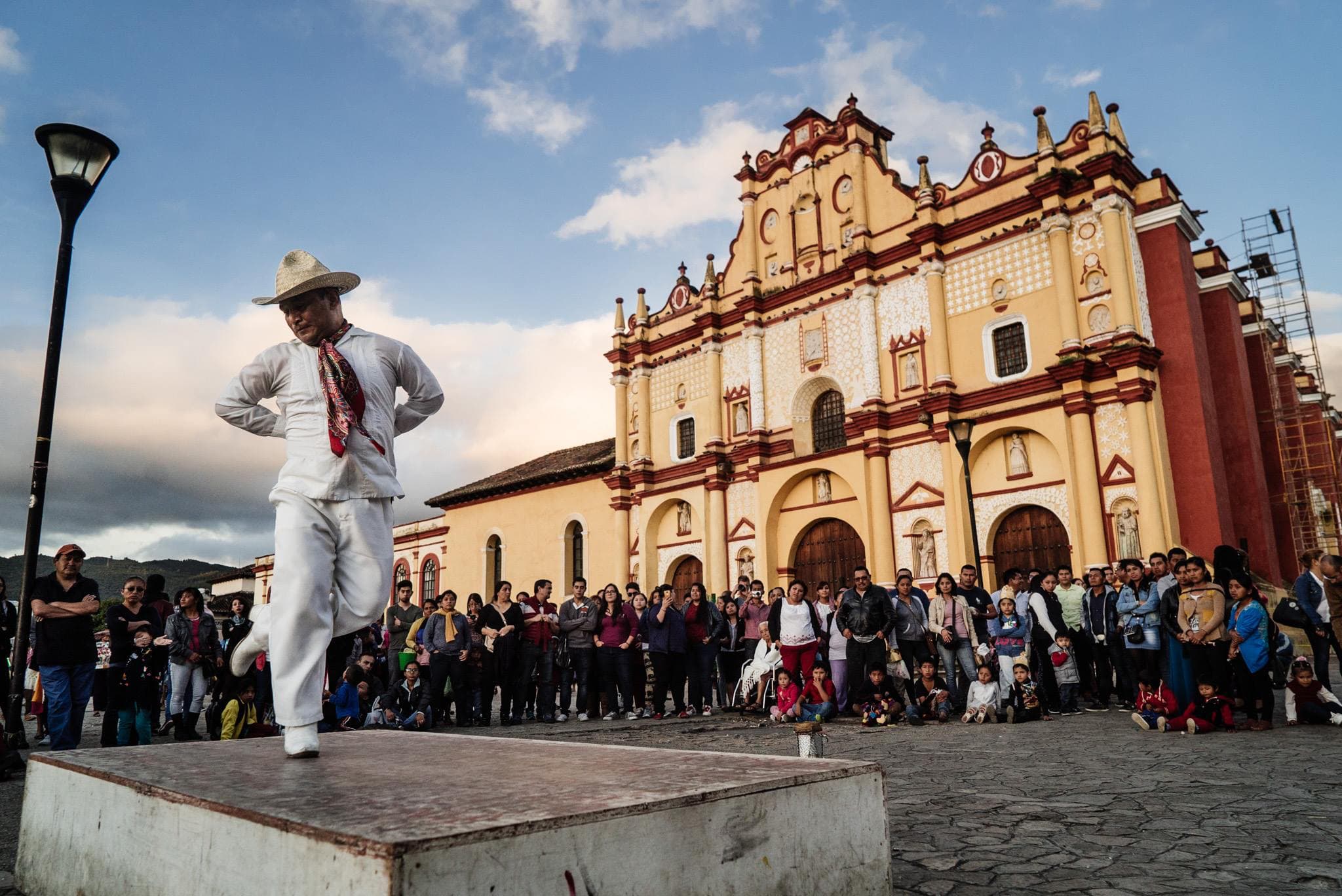 Somewhere in the square, I see a crowd building up and follow. It is Alejandro who is dancing on the wooden planks with the cathedral in the backdrop. He is wearing a snowy white cotton dress, a red bandana around his neck and a Tiapehuala hat on his head. His hands are behind his back while he energetically taps his feet to Spanish music with African and Carribean rhythm. It is a cheerful folklore Zapateado dance from Veracruz region. The dance style is flamenco-like but is punctuated by tapping of the dancer’s shoes.

Alejandro has been performing internationally for a long time. He has mastered several dance styles. Young people come to learn dance from him. As he doesn’t have a school yet he uses the public space to teach them. One day he wants to open his own dance school. He introduced me to some of his students whom he had taught the Aztec dance.

“How long have you been dancing?” I asked Alejandro.

“I wasn’t able to speak a word until that age,” I thought to myself.

What do you think a child learn faster, dance or language?