“When I took the first step on Melvin Jones Peak, all I was thinking was we have to bring him back. But we cannot challenge a mountain. For the next two days, we followed footprints in the snow. Then we saw a black spot from a distance. There it was, what we had come for, Imtiyaz Bhai’s body!”

Just a couple of days before, in June 2019, Abdul Joshi had a completely different goal. He was all set to become the first person to summit the Passu Cones (6,106m) had he continued. But he received a phone call that an avalanche had hit the Italian-Pak expedition on Melvin Jones Peak (5,800m) and his dear friend from Shimshal, Imtiyaz Ahmad, a mountain guide, had lost his life in the accident. The helicopter rescue mission couldn’t retrieve his corpse due to bad weather. Therefore, the Shimshal Community called upon their best climbers to conduct a ground rescue operation.

When Joshi heard the news of the accident, he was at Camp 3 of Passu Cones, only 500m from the summit, with his dream in clear sight, but he decided to cancel his expedition. After a quick descent, he headed to Ishkomen and volunteered to be a part of a four-member rescue team for Melvin Jones Peak.

“It took us two days of climbing in harsh conditions to find the accident site. It was a big avalanche which we could see from afar. First, we spotted Imtiaz’s foot, then the rest of his body, under the snow. We packed the corpse in sleeping bags, wrapped a tent around it, and began our two-day journey back. Where there was snow, we slid him, and on rocky patches, we lifted him. It was a tough journey. When we finally reached the base camp, more people volunteered to help us carry the body on a makeshift stretcher made from tree branches.”

Abdul Joshi (36) is from Shimshal. His first peak was Manglik Sar (6,050m) at the age of 18. He started his mountaineering career as a helper and progressed to become a high altitude porter on 8,000-m mountain expeditions. Joshi once went up till Camp 3 (7,400m) of K2 (8,611m) when an avalanche swept their tents away and crushed their summit dreams. He has also been on a G2 (8,034m) expedition. 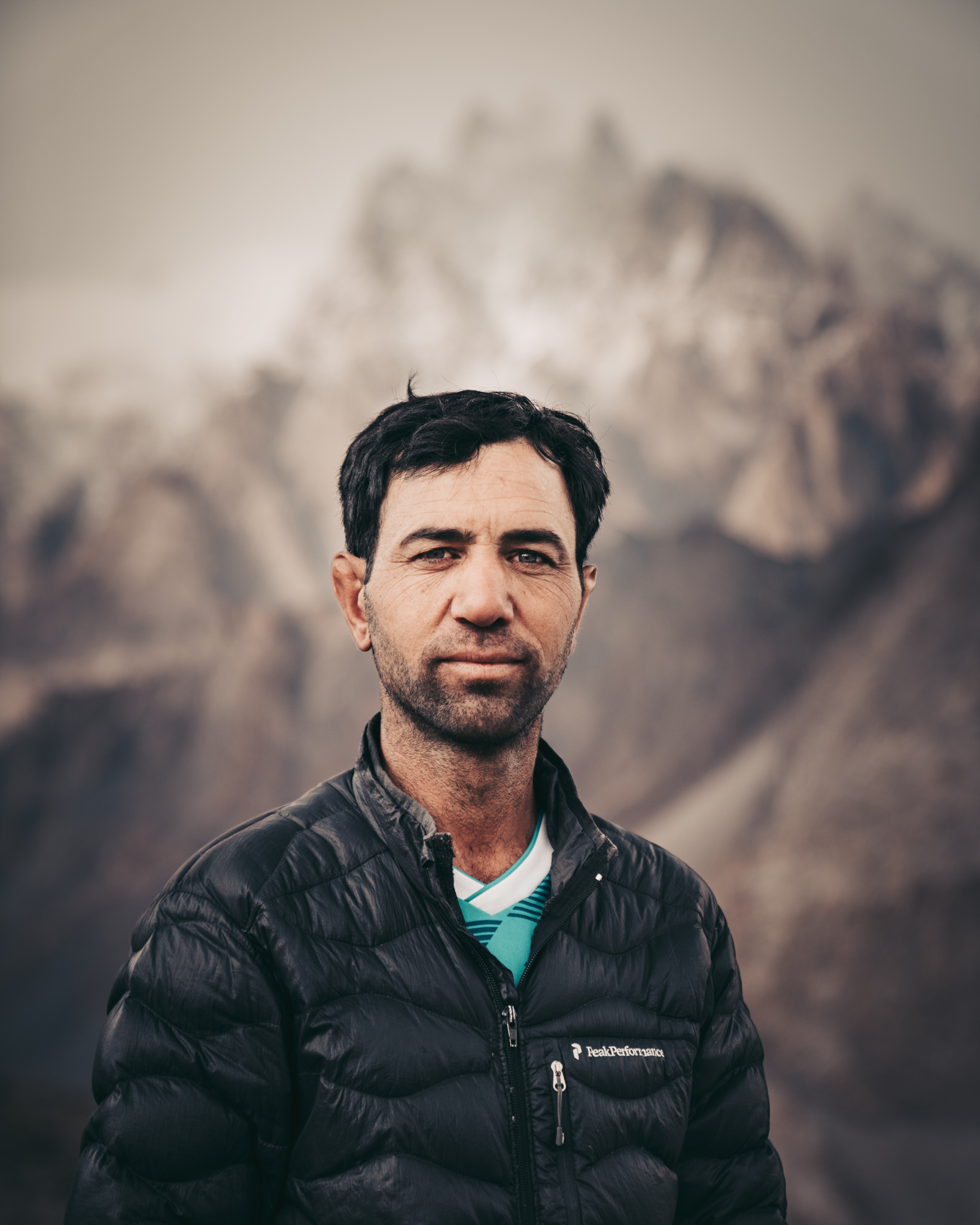 The 6,106m tall Passu Cones, known as Tupopdan in the local language, have been Joshi’s dream for long. He did research and consulted the most senior local climber from Passu, Hunar Baig, who told him that nobody had ever scaled these peaks. Twenty years ago, a Korean Group attempted to climb them but had to abandon the expedition right in the beginning. After two years of preparation, Joshi assembled a team of seven climbers from Shimshal and began the ascent.

“Passu Cones are mostly loose rock. There are very few cracks in the mountains to grasp. Rocks, ice, and snow at steep angles make up for a very technical climb.”

Joshi wanted to attempt Passu Cones this year again but couldn’t find sponsorship due to the ongoing pandemic. He sent out some proposals, but all in vain. Last time, a few companies had sponsored their climbing ropes and food, but that was it. The mountaineers had to bear the rest of the expenses from their pockets.

In 2017, Joshi did a winter expedition on the Lupke La Glacier that transitions into Snow Lake. The snow on the track was so deep that they had to crawl. Furthermore, they had to avoid deep crevasses with almost no visibility due to bad weather in -40°C temperature. What is usually a 15-day trek in summers took them 12 days in winters.

“If you get stuck there, it is almost impossible to get help from outside. We made a satellite call back home, and our families asked us to take care of ourselves and think of our children. It was the most challenging and scary adventure of my life.”

The purpose of this expedition was to conduct research on the glacier and collect data for Pakistan Integrated Mountain Conservancy. Joshi and his team took pictures and recorded GPS coordinate to monitor the size and movement of the glacier in response to climate change.

“In the past, when I used to do adventures, people would always ask me why? So I started thinking about linking a cause to my expeditions. The winter trek to Lupke La Glacier was for research. The Passu Cones mission was to bring awareness to our youth’s problems. They turn to drugs when suffering from depression due to joblessness. Our expedition slogan was “Say no to drugs!” I want to inspire our youngsters and females, so they can also be sports adventurers. Our women should become independent. What if their male family members are no longer there to support them?”

“I go after unclimbed peaks. Foreigners come to our country, climb new peaks and name them after themselves. Why don’t we do it, so the credit goes to Pakistan?” he replied.

“What is so special about the mountains that you keep going back to them?”

“When I see a peak, my eyes naturally start tracing a path to the summit, almost as if it is instinctive. At the top of the mountain, I get a deep realization that God indeed exists. I feel closer to the Divine. The amount of peace I get on the peak, I get nowhere else.”

“But why take such a huge risk?”

“I climb to gather stories. Tougher the mountain, the better the story!” 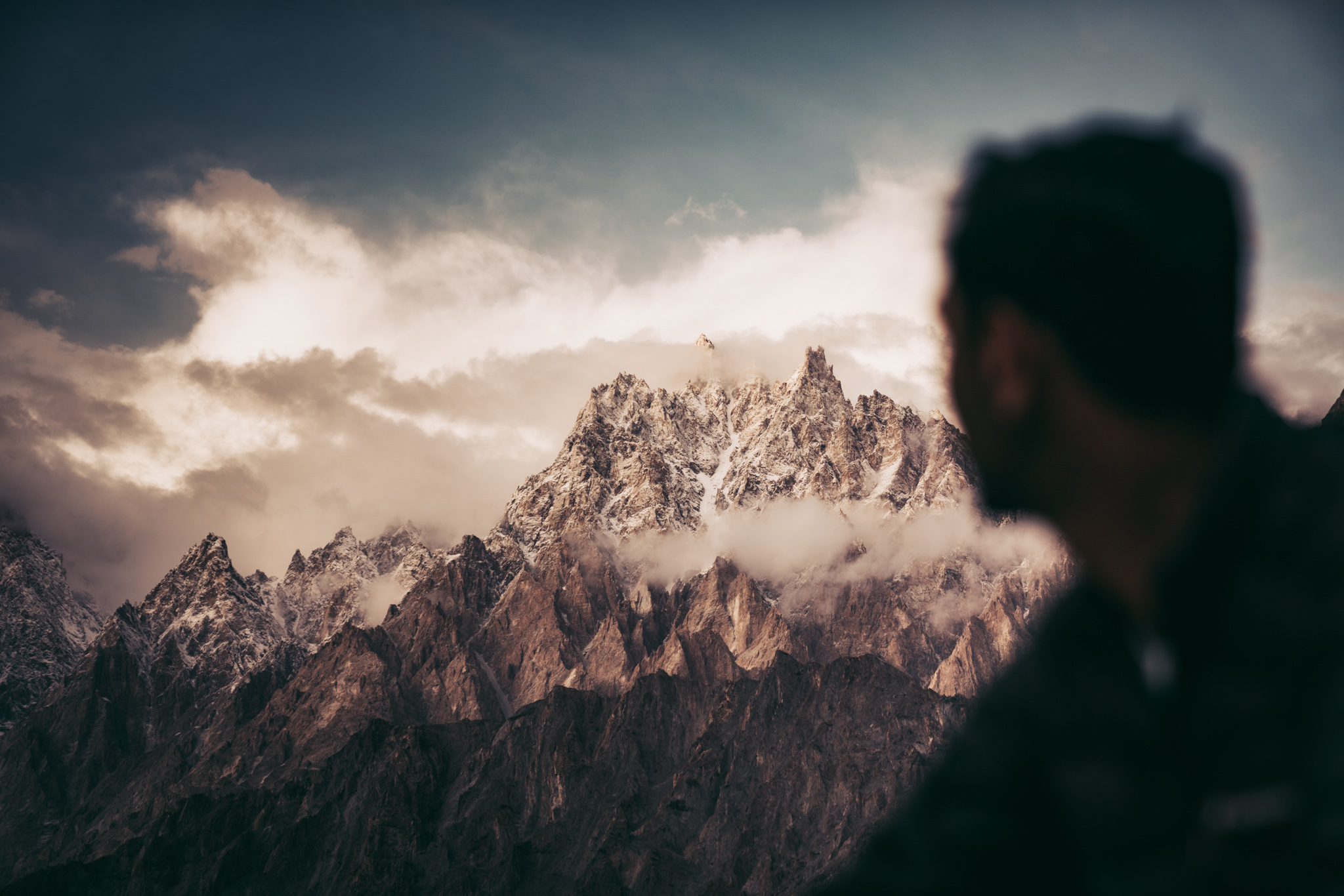 Please contribute to our campaign: https://gogetfunding.com/support-mountain-people/