Exactly two years ago, I started pedalling from the southernmost city in the world, and today, just a few km before Loreto in Baja California Sur, I reached the 20,000 km mark on my journey through the Americas. On this special occasion, nature treated me with a serene view of the coastline of Gulf of California. I dragged my bicycle to the edge of the viewpoint and took a moment to reflect.

After finishing my Germany to Pakistan cycle tour, I spent some time at home in Pakistan and was willing to go back to routine life. I even approached some people for a job, but their dodgy answers made me quickly change my mind. I realised I was a misfit in the society. I wasn’t ready to go back to Germany and start working again so I decided it was best to hit the road. I also felt I had a lot more to learn about myself and about this world. I considered many options for my next travel including Australia, East Asia, Africa and the Americas. In the end, it was an easy decision in favour of the Americas because of two reasons—it was the longest route among all, and it was the farthest from where I was.

I knew nothing about the Americas and barely had any savings to set on this arduous and much longer journey, but I was so overpowered by the idea of this travel that I started believing that it was the call of my destiny that I must answer to. From that moment on, I stopped questioning myself and simply acted as if the whole purpose of my life depended on it.

I bought a Spanish language book set from Saeed Book Bank in Islamabad. After learning counting and basic phrases, I thought I was ready to travel to Latin America. Meanwhile, I sent an email to Stevens Bikes who offered to give me their new P.18 bicycle fitted with Pinion Drive Technology system and Gates Carbon Drive belt to test it out on this travel. I flew to Germany to sort out the rest. ORTLIEB Outdoor Equipment gave me a new set of panniers. Later, when I had problems with the cameras and lenses, Sony Mexico came to rescue and fixed and replaced my gear. I think the universe has been helping me out in following my destiny right from the start. Anyways, I booked a long flight from Germany to Ushuaia, Argentina and began this journey on 14th January 2016, exactly two years from now. 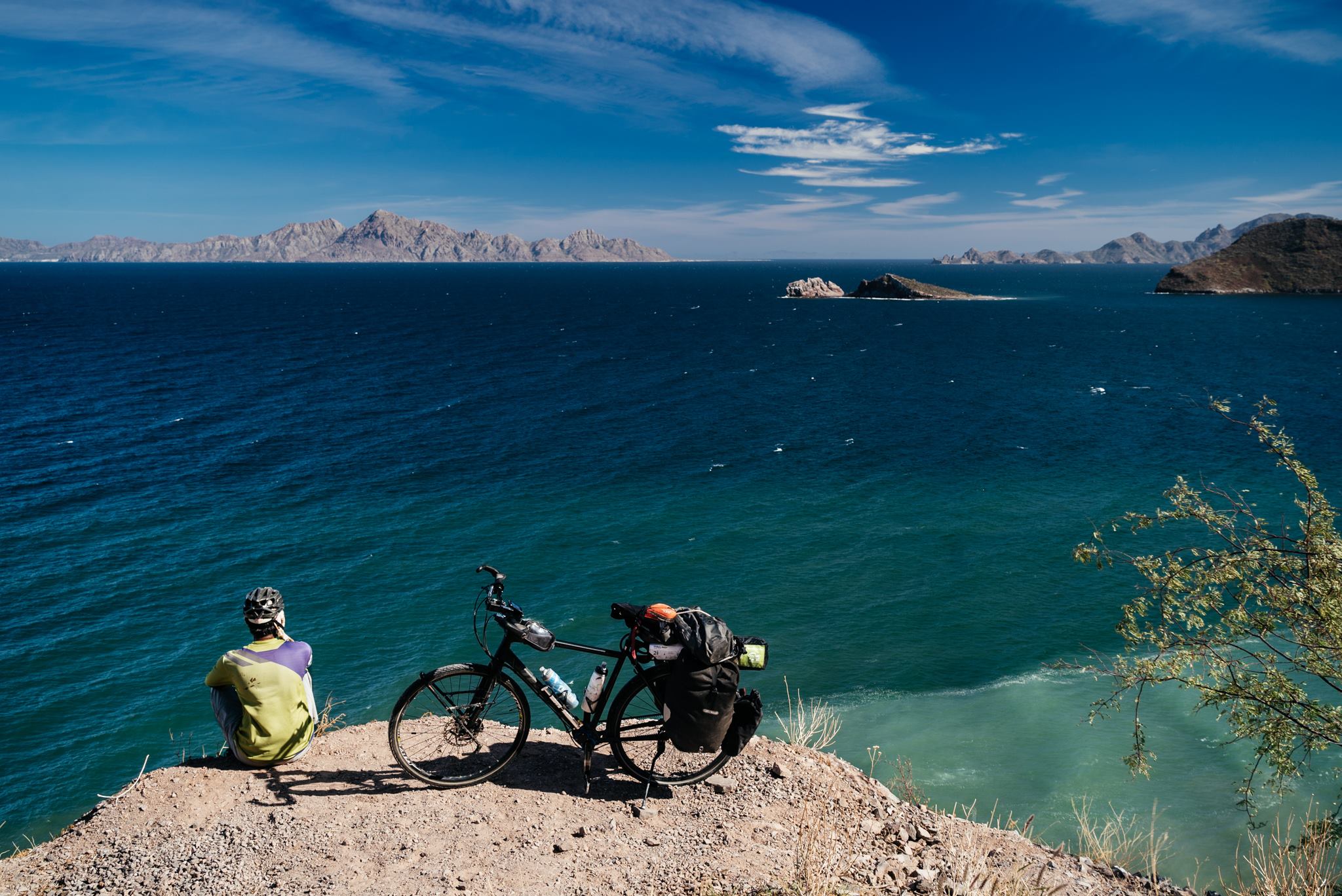 When I started cycling from Ushuaia I was too afraid to tell people where I was heading for. When I made a Facebook announcement about this journey I didn’t mention the destination. The cyclists I met on the road, most of the time I would tell them that I was just going north. I myself wasn’t sure if I could pull it off in one go.

After a couple of months on the road, I was broke. I didn’t even have money to catch a flight back home, just in case if there was an emergency. I hanged in there, took some loans from friends and kept going. Somehow I made it to the end of South America, but by then I had exhausted all the resources and had run out of options. I started a crowdfunding campaign which is now helping me carry on, otherwise, this journey would have come to halt a long time ago.

A vast majority of the people do this trip north to south, starting from Alaska and finishing in Ushuaia but I couldn’t wait another six months until the summer to start. I had to do it right then which meant starting in January from Ushuaia. This is the reason why I am going in the opposite direction. Most cycle tourists take about 18 months to finish this trip. Some have even managed to do it in less than a year. I too was calculating about 18 months, but two years have passed and I have only finished two-thirds of my journey. I wish I could go even slower so I have more time to get to know more about the people and the cultures along the way.

This journey is not about adventure, not any more, or about visiting beautiful places only. It is an introduction to the cultures and the way of life of people. It is also about contemplation and self-reflection. I didn’t know about the mission of my journey at the start, but I guess the destiny had it for me. Slowly I began to realise that it is important that I document my travels faithfully and share it with others in entirety. So I started posting photo essays and articles without holding back any information for the sake of publishing a book in the future so that people can also travel along with me virtually and learn as I do.

Why is it important? Contrary to what was originally believed, when we go on social media, Twitter, Facebook, or Youtube for that matter, what we see is a huge divide among people and remarks based on a rudimentary understanding of the world. That’s why I believe that it is a much-needed responsibility of every traveller to present a faithful view of the world and bring out the humane stories which can inspire us and which can help us understand other cultures better and feel empathy towards people living far away. All human beings on this earth got to have some common dream. Without this dream, there can be no unity and the hatred will keep dividing us. Whereas, with a common single dream, we all are one big family helping each other become successful.

This journey and this page are one small step towards this big dream.